There was a busy schedule was on the cards for both the skiers and snowboarders this week, who are now learning that there is no such thing as an average day in Morzine.

This week Tammy over at Mint put together a training schedule that was guaranteed to test all areas of the guy’s snowboarding. This varied schedule was partly due to the trainees being trained by three different trainers. Lots of topics were covered throughout week, including: teaching, group skills, off-piste, powder riding and freestyle. We had a memorable freestyle and airbag session in Avoriaz and to top it off Tammy took the lads in the Superpipe! Well done to the guys for “throwing themselves” (airbag lingo) at this week’s challenges.

If you think this looks easy on the TV, just wait ’til you get in an 18ft icy pipe 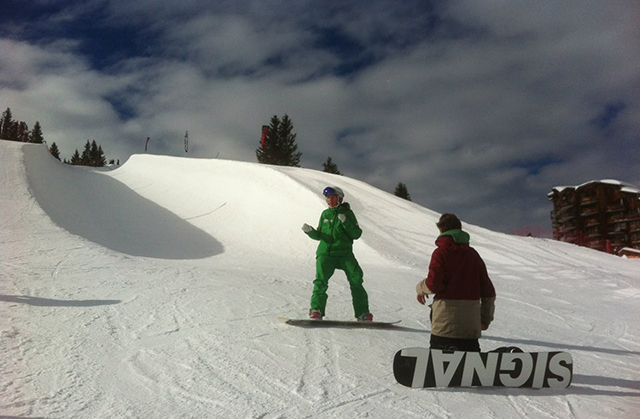 In fairness the skiers were equally as busy with Tom Hudson from BASS setting up another challenging week of training for the guys. The 3 skiers on the course this year all had varying amounts of experience and skiing ability before enrolling on the course. With week 4 now completed these guys are looking like the real deal. A BIG SHOUT OUT must go to Alex who came into the group with just a couple of weeks skiing under his belt, proving that when you work hard and push yourself you can make massive leaps in your skiing ability. 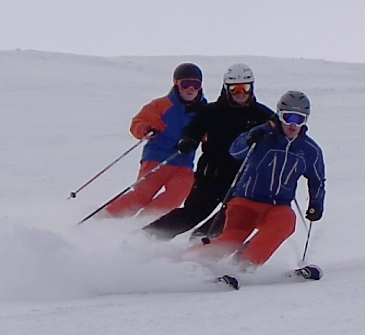 In other news: the skiers played a little joke this week on poor course leader Darragh. Each week Darragh heads out on his board in an attempt to “catch up” with the group sessions. Tom from BASS decided that the most suitable session for him to sit in on was advanced mogul training. The skiers had a great chuckle bringing Darragh down some very steep, rutted, icy, powder varied terrain.

Other than training and shredding on the mountain, the week’s entertainment also included:

A group trip was on the cards to the cinema. Wolf of Wall Street was the choice of the group and the guys had an epic time. This is definitely one to watch for the Oscars and if you’ve seen the movie you’ll understand why our crew approved!

Local store Coq+Bull provided an excellent and in-depth session for our group on how to look after and maintain their equipment.

The skiers were out during the week for another one of the team’s photo shoots. Needless to say we all had a good time trying to film the blog, despite the countless takes. Henry and Alex will be cut from the next episode as only Charlie makes the Peak Leaders Video standards! It’s fair to say that Alex has “#no filter” when it comes to speaking on camera!

After a busy month of training all of the trainees bodies were in need of some well-deserved R&R. So on the weekend the group headed up to the water park in Avoriaz, called Aquariaz. Although its probably designed for kids the place is littered with Jacuzzis, Water slides rapids and a giant Halfpipe type thing.

Under it’s snowy exterior Avoriaz is a tropical jungle……honest

Six nations and super bowl kicked off this week. Although there are only 12 trainees it’s fair to say there are definitely some sports nuts in the group. So, not ones to turn down a beer the guys headed out to a few of the local hotspots to enjoy the atmosphere and watch the games.

The banter within the group was immense, especially after England’s performance, and after a great weekend of sport it’s clear to all that Ireland will win the Six Nations! (Darragh wrote this blog!)

All of the guys are really excited for next week! On the cards is a poker night (get it!), Yoga classes and a visit from Burton Snowboards UK Pro Ross Needham, who is going to show the guys a few tricks!!! 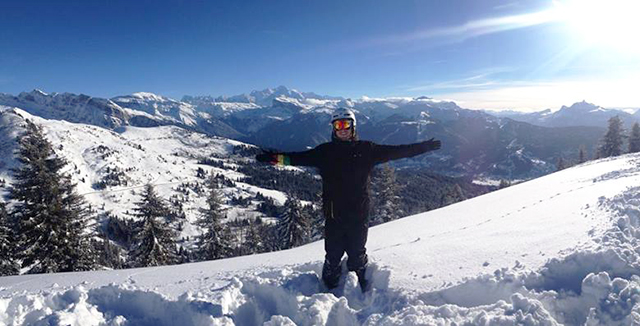 Alex enjoying another day in Paradise