The snow is still falling in Morzine. Over the last couple of weeks the resort has been very fortunate to have a sizeable dump of snow each week. As a result the conditions have been amazing, much to our surprise; with a very slow start to the season in December it just goes to show you can’t predict the weather! During training and time off our powder hounds are making the most of every day in powder paradise! 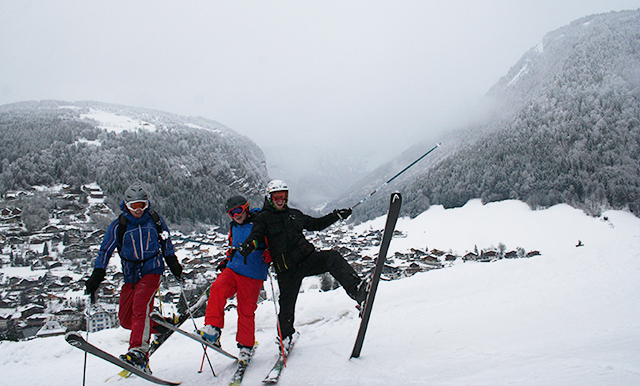 With all this fresh snow and comprehensive training sessions the guys are in a need of some R&R. So this week we started the week with a trip to Mountain Rehab. An early start meant group leader Darragh had to do some ‘special forces style’ apartment entries, in an effort to get the guys up outta bed for our Pilates and stretching classes. It was a funny sight seeing a large group of zombies walk into the exercise studio, boy they changed their tune on the way out! 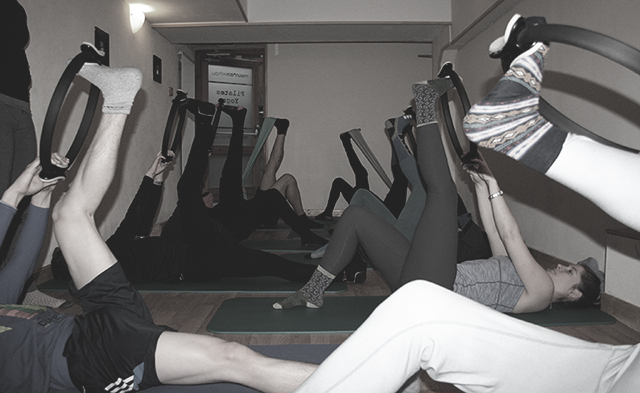 We had an amazing hour-long stretching session with Georgie as she whipped our boys into shape. There were plenty of giggles to be had as the moans and groans from some of the guys illustrated that they need to take better care of their bodies! Almost like something out of an American infomercial, when they left the session they were all buzzing like they’d been at a Croatian rave festival all night. With almost scripted responses like “wow that was amazing” and “I’m so relaxed” It was as if they had pumped laughing gas, or something similar, into the studio!!! The group loved it and we are now booked into more regular sessions! Who would have thought?! 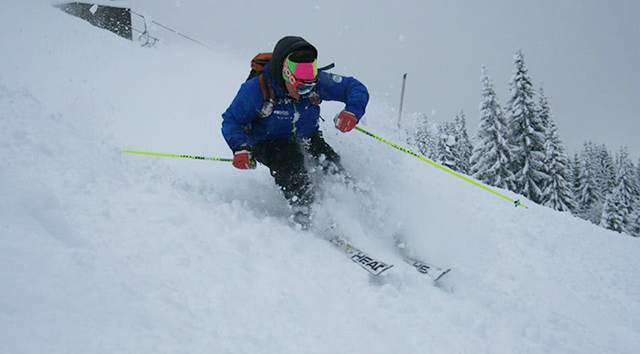 It’s a hard life being a BASS ski instructor

Training continued as always with the guys from BASS and Mint. The snowboarders this week were treated to an advanced powder riding sessions, without high-backs on their bindings! Tammy wanted to push the group ability to the max and took the group to some of Morzine’s off-piste gems, despite the guys missing what many would consider a fairly important part of equipment.  After the initial disgust the verdict was unanimous with some of the group now still riding without high-backs. 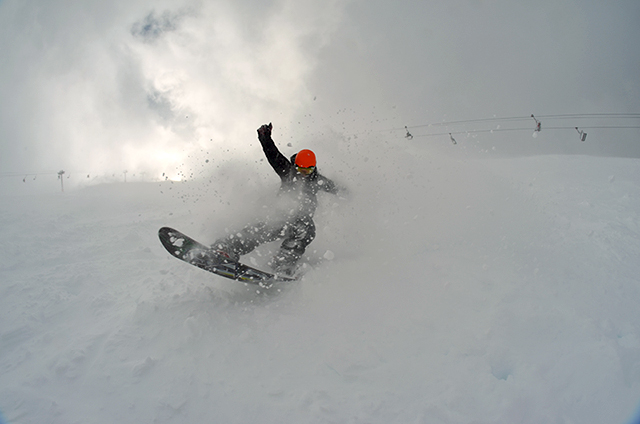 No high-backs and loving it!

Jaz and the team at BASS also had a full schedule for our skiers, as usual. BASS are a well-oiled machine and have every detail planned for our skiers. If you’re sitting at home and your ‘typical week’ involves following a guide into secret powder locations followed by advanced training sessions with video feedback and shadowing great instructors, then you’re probably on a Peak leaders course. The skiers blog is out this week so check out the link below:

A cheeky trip back to the Ice Hockey was on the cards as the guys have been hooked! With a great local team this has been a regular for some of the group and fits nicely time wise into their day (Ski, après, dinner, beer, HOCKEY!) 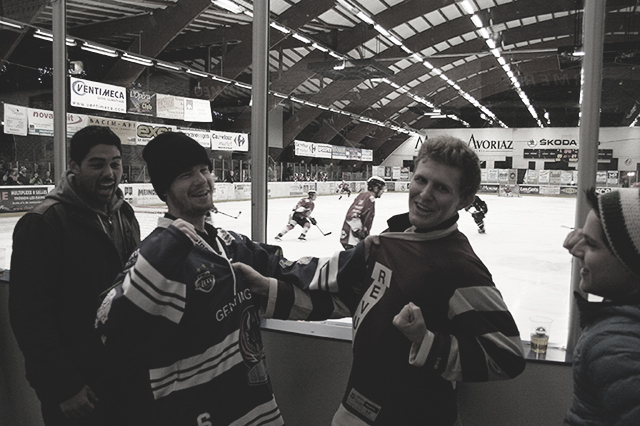 To end the week on a massive high our snowboarders had the opportunity to ride with a Burton Snowboards pro rider, which is something that Peak Leaders organise each year in collaboration with Burton UK. 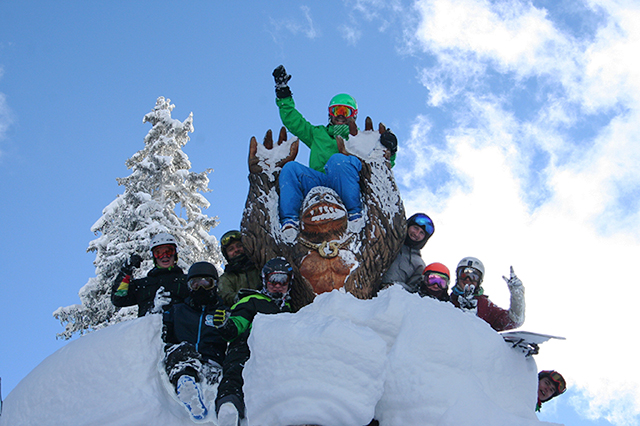 Hanging out with Shreddie in the Stash Park

We were super lucky this year to have Ross Needham travel over from his home in Mayrhofen, Austria. The guys had an awesome day on the hill with Ross, and we even let the skiers join in. With both snowboarders and skiers in the group a day with 13 people ripping around the mountain, park all with a pro. What more can you ask for! 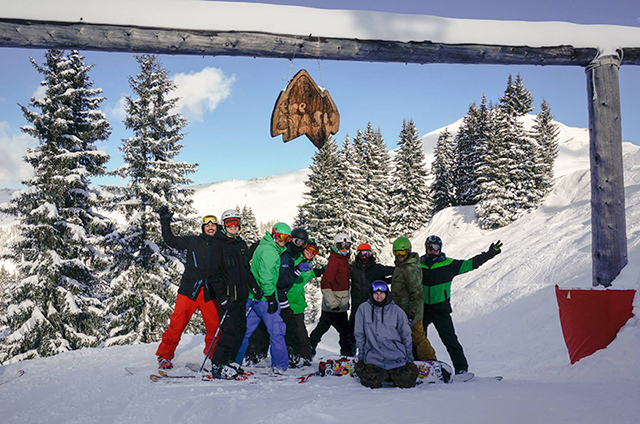 The weather didn’t play ball but having an experienced rider like Ross around meant the weather wasn’t going to stop us! We managed to go from Park to Powder runs and everything in between. Ross was delighted with the snow and commented on how good the conditions were in the Portes Du Soleil. 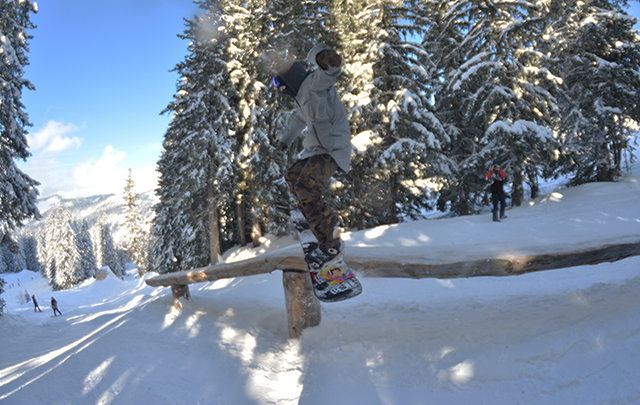 Ross Needham killing it in the Stash Park

The best part of the day was seeing the group step it up on to bigger and better features with a session in both the Burton Stash Park and the medium-sized Chapel park. Ross was throwing down some super smooth skills, which definitely inspired the guys to follow his lead and try to go bigger! The biggest smiles of the day came from watching Ross try and deal with all this powder on a tiny park board. Plenty of tomahawks were thrown in for style points as our guys shredded buy with beautiful slashing turns! Thanks Ross and Burton for the Great day! Over the next week or two we will put up a little edit so stay tuned! 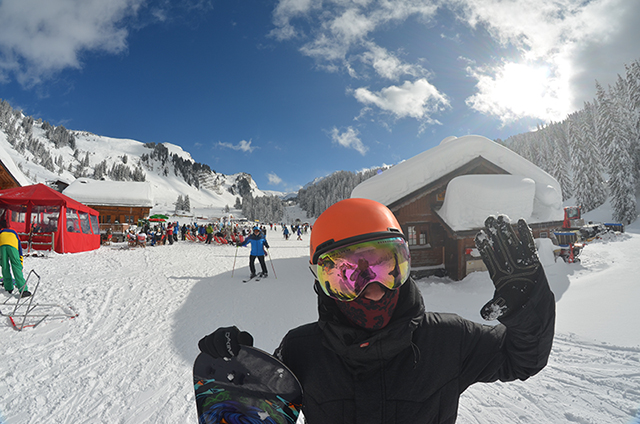