What better way to start of a week than with a birthday? Jack the lad decided to do it in style for his 18th! Now when most people say “I’m going to head out and party in my birthday suit” you automatically think some form of nudity. Not for our Jack. Jack actually packed a suit that James Bond would be proud to wear in anticipation of this momentous day. The suit looked magnificent and a suave-looking Jack certainly stood out from the scruffy-looking seasonaires for the night. It ‘s fair to say that when Jack left the accommodation for a night on the town he looked like a Movie Star……….well when I say night I mean he was lucky to have group leader Darragh there to bring him home at a very sensible time of 11pm. Good effort Jack but there’s still lots to learn young Padawan. It’s fair to say that at the grand old age of 18 he is reassuringly better on his snowboard than at partying the night away! 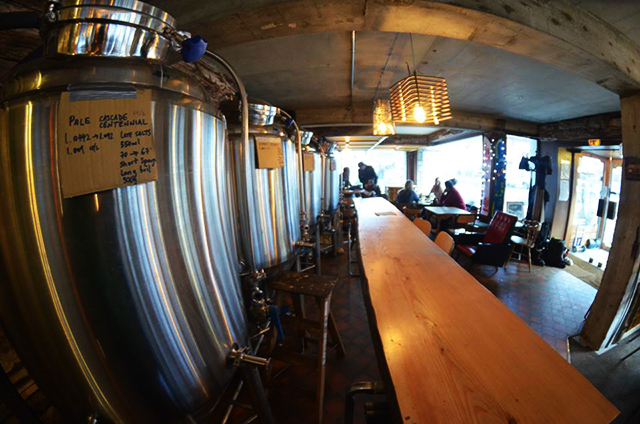 So, once Jack’s baptism of fire to the world of Apres Ski was over it was time for the trainees to get back to the business of training, The intensity of the weeks is definitely increasing with the guys focusing hard on the ultimate goal of passing the level 2. Unsurprisingly Tammy at Mint Snowboard School had another full-on week planned for our snowboarders. This time of year is peak season in resort and really shows the group how a ski school should operate. Time management is everything and planning to avoid huge holiday lifts queues is key. Mint and BASS have this down to an art form knowing all the lifts and runs to use, which certainly demonstrated to our trainees how an intimate knowledge of your mountain is so vital.

As Mint are so busy with regular clients the snowboarders have had the opportunity to do multiple shadow sessions per day which was topped off with video feedback sessions from the one and only Lewis Sonvico. As the group leader it’s Darragh’s job to keep an eye on how the guys are doing. Lewis has one of the best styles he has ever seen on a snowboard and he’s really been able to see how the group has responded to his training, mimicked his style, and learnt from simply riding with him. Way to go Lewis!

The guys in the ski group this year defiantly operate to superhuman levels. They have formed a tight group and literally ski from dawn till dust every day. As Alex likes to say “first lift up and last lift down”. Darragh, who is a die-hard snowboarder, also managed to get out on his skis this week. The trainees used him as a Guinea Pig during their training sessions and he benefited from a free lesson. As the group leader and a professional coach it was fantastic for Darragh to see the guys in action and he was really impressed by their ability and how much of this newly acquired knowledge they can convey in just over 7 weeks of training! Darragh said:

“I felt like I was getting tips from veteran pros! This skills the trainers from BASS have passed on to the guys will last a lifetime and I have no doubt that level 2 is just the first great step in the careers of these young ski instructors. Thanks for your help this week guys. I am loving skiing but never as much as the board).”

The level of fresh snow we’ve had this season has been crazy. What most people would call their best holiday ever has become standard here for us in the Portes Du Soleil. With lots of après, Hockey, Six Nations Rugby, Pilates and great food we don’t know how the guys will return to normality after these 10 weeks!

Week 7 saw the end of shadowing and next week we have one final intensive week of full days coaching. The guys need to sort any small issues left in there riding in order to blow away the level 2 BASI trainer……which we know they will!