The week started off with our trainees shadowing the European Snowsport ski classes, during the busy half term holidays. The busiest time of the season brought with it thousands of holidaymakers. It seemed like hundreds of these aformentioned holidaymakers were stood in the ES meeting area, by the W Hotel, on Monday morning. Luckily everything was handled very efficiently by Izzy, the European Snowsports kids coordinator, who paired our trainees up with a different instructor each morning. During the shadowing the trainees were faced with a lot of different scenarios involving the kids and their instructors. Participating in a huge variation of games and other forms of entertainment has been just as important as getting to know the different teaching technics. 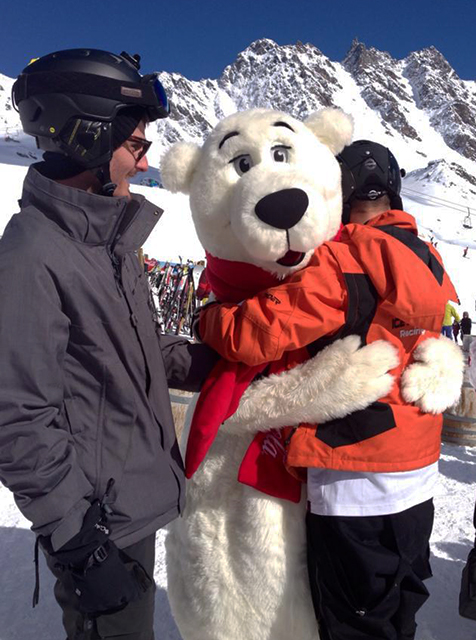 It’s good to embrace your ‘inner child’ every so often.

After shadowing in the mornings it was time for technical training and advanced skiing skills in the afternoons. The trainer for this week was Nick Reader, who is not only qualified in the BASI system but also a high level Canadian Qualified Sk instructor (CSIA). Nick definitely pushed the group with some very intense one-on-one training sessions. One of the trainees’ favourite exercises was Javelin turns, an advanced exercise that involves turning on the downhill ski while lifting the uphill ski across it. Also the ‘Wizard’s entrance’, or ‘Ninja vanish’, were practiced a lot by the trainees. This maneuver involves slamming on the brakes very suddenly and in the process throwing into the air a cloud of snow, which you then ski through. Thibeaud, who could quite easily be a Ninja or Wizard, was very good at this. Despite regularly disappearing into a puff of smoke everyone progressed an awful lot during last week: hopefully they’re all ready for the upcoming BASI 1 course next week.

To free their minds before the BASI level 1 kick-off the trainees hit the bars fairly hard on Friday evening, but not before a substantial Lasagne dinner. Even though balance had been a key focus for the week’s training there were certain individuals that definitely struggled with this fairly basic and essential skill that night. If Saturday was an opportunity to let their hair down Sunday was an opportunity for the guys and girls to do some serious R&R before the BASI level 1. Nevertheless, due to the amazing weather Sunday seemed a great opportunity to leave the skis at home and go up to the top of Les Savolyeres and ride a sledge all the way down the 10 km track to La Tzoumaz. The track was very bumpy and quite hard to handle, even the most seasoned pros (aka Kasper) found it challenging. There were some great crashes and it’s fair to say everyone got more and more competitive as the day progressed. We’re all expecting James to get his revenge on his fellow trainees when he returns to the track on a sledge without glue on the bottom!

On your marks, set, sledge 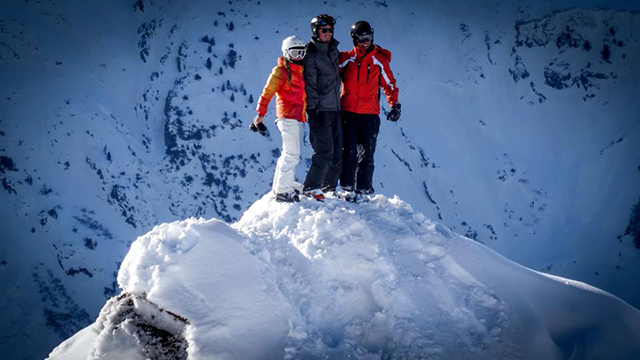 A makeshift podium……Sochi eat your heart out!