After the craziness of the last few weeks, week 10 was a chance for the trainees to focus purely on the ‘job in hand’ and make the last minute changes necessary for passing their level 2 CASI/CSIA assessment. With just a week before the start of the final exam Kenji and Jesse went about tweaking the trainees’ technique  and working with them on their teaching and group management skills. 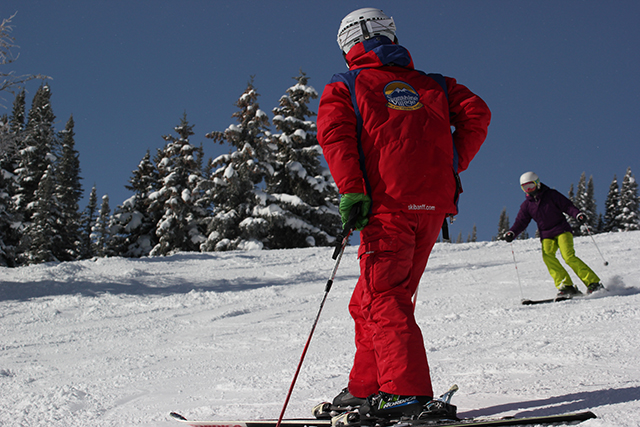 For some reason the weather has been incredibly unpredictable across Canada this season. Earlier in the week we enjoyed what many locals would consider ‘tropical weather’. The snow in town melted and the outdoor iceskating rink turned into a giant Slush Puppy. In the absence of our old friend ‘The Polar Vortex’ the trainees started to develop some serious ‘Panda eyes’, and the usual conversations about how “blooming cold it is” turned to comments about the arrival of Spring and the highly anticipated emergence of Banff’s indigenous wildlife (we’re still hoping to spot a few Grizzly’s before we leave). Nevertheless, no sooner had we started applying the factor 50 and leaving the ‘middle layer’ at home, the weather took another turn. From the middle of the week onwards Banff was “dumped on” which isn’t the correct meteorological description…..but it paints an accurate picture. Sunshine Village returned to a winter wonderland and the temperatures began to drop to a fairly average -15 centigrade. This meant one thing POWDER!!!! 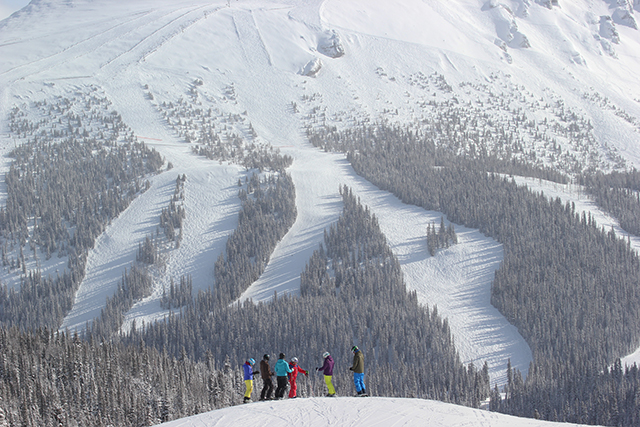 Talking about the weather is such a British thing to do, so I’ll get back to talking about the group! With all this fresh powder even Kenji and Jesse, who are as professional as professional gets, couldn’t resist a few powder runs…….much to the delight of the trainees. This culminated in Peak Leaders’ annual instructor initiation, a ski/board down the infamous ‘Delirium Dive’, an incredibly steep and technical face that is not groomed and at points is close to 40 degrees and is littered with rocks and cliff bands. Unfazed both groups donned their Avalanche packs and followed Kenji and Jesse to the top of ‘The Dive’, which is guarded with a metal gate and a very friendly member of the Piste Patrol. After the initial intimidation and vertigo the trainees skied and snowboarded down ‘The Dive’ like it was a Sunday stroll in the park, which was awesome to witness…….10 weeks ago they would have all broken into a cold sweat just at the thought of navigating such a technical face! 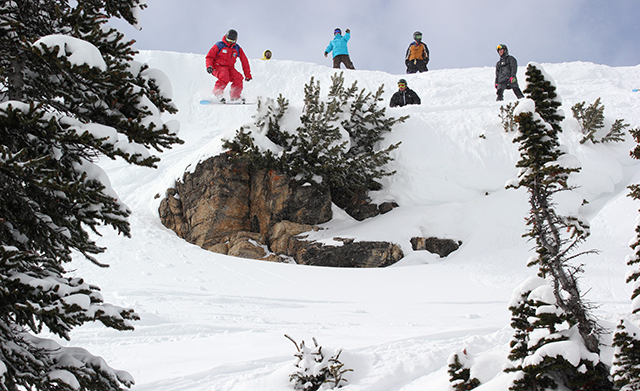 Jesse showing the snowboarders the quickest way down

The change that both the skiers and snowboarders have made to their riding over the past two months has been monumental. A big “thank you” must go to both Kenji and Jesse who have done an amazing job with the guys and girls. They’ve gone far beyond the call of duty, becoming both professionally and personally invested in the trainees development. There’s no doubt that they’ll be equally as nervous as the trainees on results day next week. 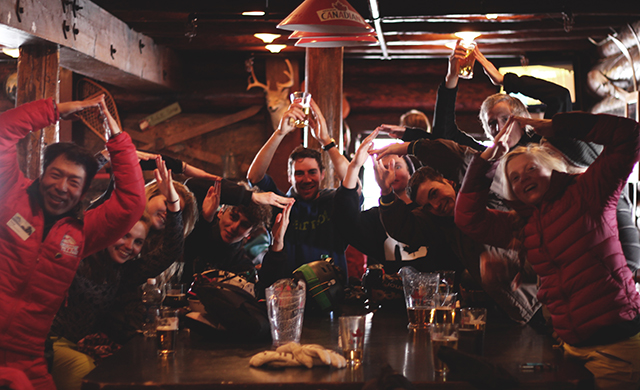 Aside from an awesome week of skiing and boarding we had our very last Pub Quiz. As it was the last quiz only questions that had been asked in the previous 9 quizzes were included, in essence it was a test to see how much they’d all learnt. After only one defeated in nine weeks James’s confidence was sky high and the thought of ‘The Silent Assassin’ losing the final quiz didn’t cross anybody’s mind. But just as James’s fountain of knowledge couldn’t get any damper (hopefully you can see where I’m going with that!) Izzy, Oscar and Elise produced a performance that left the group stunned, beating James and Leo by six whole points. Nice work guys! 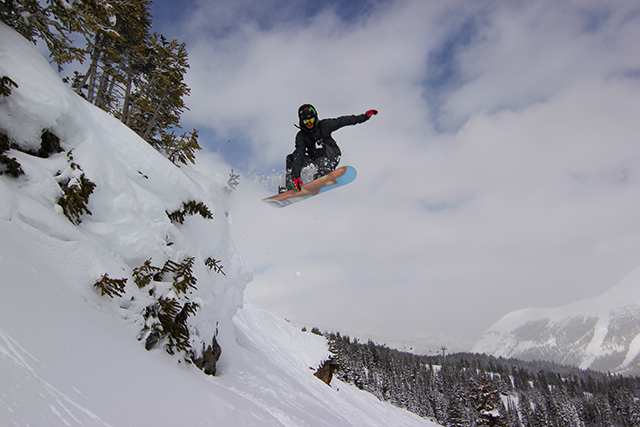 Next week everyone sits their level 2 assessment so make sure you check back next week to see how they all got on.