Well we blinked and it appears another two weeks have flashed by. In that time we’ve had another couple of very busy weeks, I’m sure you’re all getting incredibly bored of that line! It’s true though, there just aren’t enough hours in the  week. With the level 2 exam on the horizon the trainees have really had to step up their training and use their free days to work on the niggling issues in their technique and to hone their newly acquired teaching skills. As with anything the more you practice the more natural it becomes and by the time level 2 exam comes around at the end of the month the guys and girls are aiming to come across as seasoned professionals.

Over the past couple of weeks the weather has been all over the show with temperatures as low as -39 degrees centigrade, and as high as +7 degrees centigrade……which after -39 feels positively tropical. One day we’ve been hiking the park in T-Shirts, the next week we’re huddling like Emperor Penguins for warmth. At -30 you have to check your face for frost nip after almost every run and the importance of having warm boots and gloves can not be understated. Nevertheless this fluctuation in temperature has also bought with it plenty of fresh powder and it’s fair to say that the current snow conditions are the best they’ve been all winter. 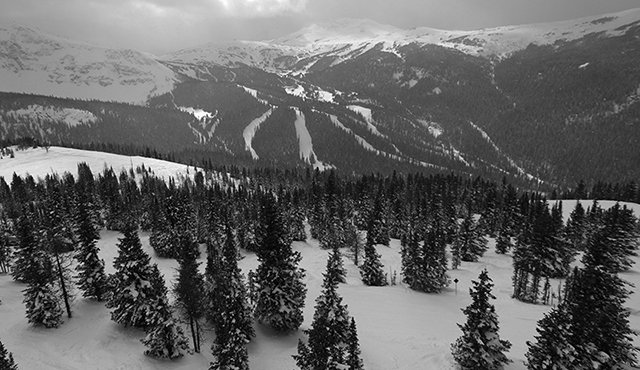 A snowy, but not particularly sunny, Sunshine Village

For the skiers the week involved knuckling down to some serious training with Kenji. In fairness all of the trainees had a fair bit of work to do to be ready for the level 2 exam, so they were keen to put the hard work in, which was definitely rewarded. During this week Kenji used video feedback to help pinpoint any niggling issues with the trainees technique, which is an incredibly useful tool and a real eye opener. Comparing the footage of the trainees now with the footage that Kenji filmed at the beginning of the course is as different as day and night. A big shout out to Kenji who definitely put his ‘hands on the line’ when he got them out of his gloves to operate his video camera and film the trainees……..welcome to my world! While Oscar, James, Elise and Izzy scrutinised every run, Johanna spent all three training days completing the 3-day introduction to Race Coaching module down the road at Mount Norquay. Growing up in Switzerland Johanna spent much of her teens race training and competing for her school, so coaching was a skill that she wanted to develop, with the hope of using the qualification and knowledge to coach other kids.

While the skiers worked tirelessly on their technique the snowboarders were taking training a little a less seriously……that’s just how snowboarders roll though! On Wednesday Henry, Leo and Sam spent the day in the park with snowboard trainer, freestyle coach and all-round shredder Matt Bryson. Matt has some serious skills in the park and really helped all of the snowboarders progress their skills, helping them to land bs180’s and bs360’s off of the medium jumps. As if that wasn’t enough he also gave the trainees the confidence and ability to hit one of the jumps in the pro line which had a 12m tabletop……..in layman’s terms a BIG jump! It may have taken a couple of ‘practice’ runs to check the speed of the jump but all of the lads swallowed a ‘concrete pill’ and took a leap of faith. It was fantastic day for the snowboarders who are now in even more admiration of the pro riders out there who make it look so incredibly easy. 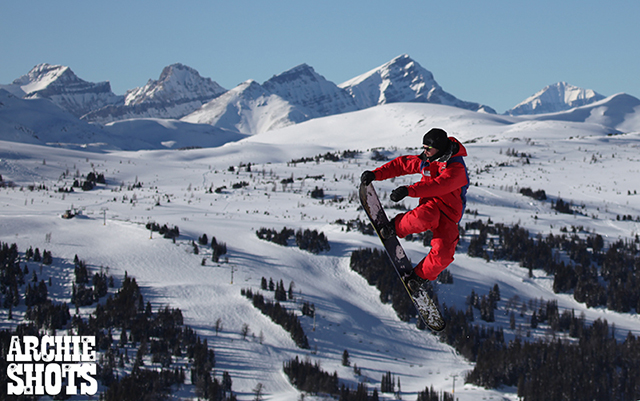 For the remainder of the week the trainees cruised around the resort with trainer Jesse working on teaching techniques and working on higher end technique like dolphin turns and really early edge change when turning. Terrain that the snowboarders would have taken some serious time to navigate they now descend in a matter of seconds, which is testament to Jesse’s awesome training.

After a busy week the weekend came a as a nice break. On Friday night we all headed to our local Mexican cantina “The Magpie & Stump’ which serves a delicious array of Tequila-based drinks and some mighty fine burrito’s. After stuffing ourselves and indulging in a few of the legendary Bull Dog’s (a large Lime Margarita with a bottle of Corona placed upside down in it) the trainees braved the frigid temperatures and headed off into the night. Due to some seriously cold conditions on Saturday all of the trainees decided to keep to the confines of the hotel, temperatures as low as -39 were recorded at the top of the mountain! To put this into perspective, the coldest temperature ever recorded in the UK was in Scotland and was only -27…….which we regularly go skiing or snowboarding in! Nevertheless, undeterred by the cold Elise, Izzy, James and course leader Tom spent Sunday at one of British Colombia’s most infamous resorts, Kicking Horse. Kicking Horse is a 2-hour drive from Banff and has over 1000m of vertical descent, which makes it one of the tallest resorts in North America. Kicking Horse has some seriously steep challenging terrain, with plenty of bumps! Despite spending as much time in the restaurant and coffee shop as on the slopes we had an awesome day…….it was a serious challenge keeping our eyes open to view the magnificent scenery on the way home. 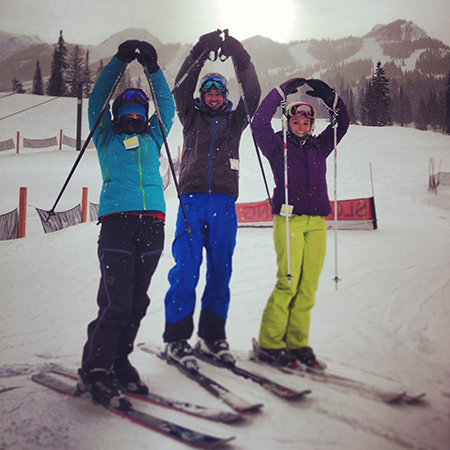 If that doesn’t paint a vivid-enough picture you can always watch the last video blog……..maybe I should have told you that at the start of the blog!

With the start of week eight came the snow and with it came warmer temperatures and some happier faces. Kenji and Jesse who, like any skier and snowboarder with a pulse, are big fans of powder and consequently didn’t take much convincing from the trainees to spend time shredding the amazing powder in-between the trees. Stories of the snowboarders dropping small cliffs off the side of the piste into bottomless powder landings, and the skiers blasting between the impossibly tight foliage soon filtered back to the hotel and definitely made course leader Tom a wee bit jealous.

As well as having some fantastic days up on the hill the trainees also had a few fun nights out on the town, and as usual team James dominated the pub quiz……just like week before, and the week before that. Pub quiz aside we all decided to make a ‘night of it’ on Friday night and after a couple Bulldogs and Tequilas at the ‘Magpie & Stump’ we headed to Mel’s to dominate the other gap course trainees at Pool, and quench our thirst with a few cans of Pabst Blue Ribbon. Following a few successful games of Pool against a fairly inhibriated opposition we headed to the Dancing Sasquatch to let our collective hair down……..and this time Tom took his camera along to capture some of Henry’s fantastic dance moves. 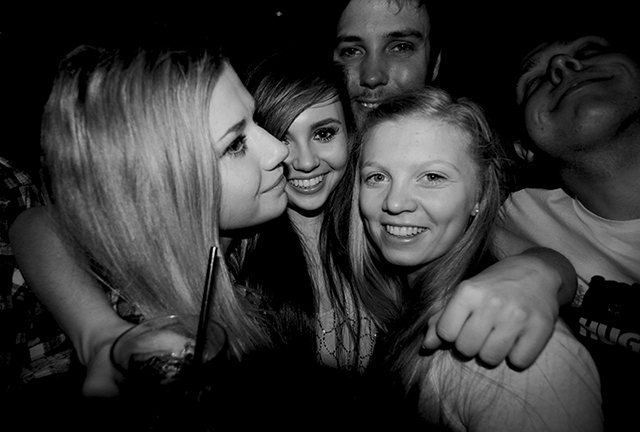 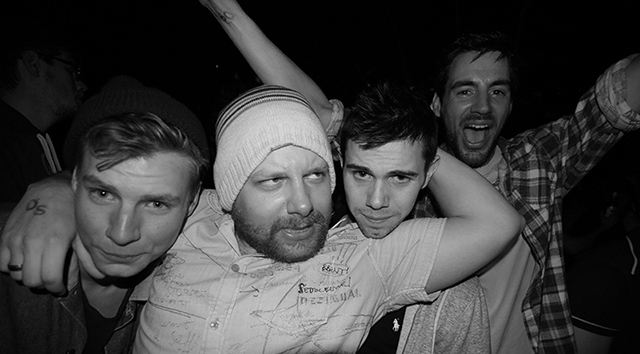 The next few days on the course are going to be really exciting. On Monday some of the trainees are heading off  into the Alberta backcountry on a ski-touring / splitboarding trip with a local guide, then on Tuesday the skiers are doing their freestyle day in the park, which should be interesting.  To top it off, on Wednesday night all of the trainees are heading to Calgary to watch the Calgary Flames play the Anaheim Ducks (The Mighty Ducks) in an NHL league game. Make sure you check out the nest blog and video blog to see all the action.