This is crazy, the time out here has just flown past! Week 8 saw the last of the training with the teams from BASS and Mint before the guys sit their BASI level 2 exams! With the guys completing all of their shadowing in week 7 it meant the only thing  left to do was to spend as much time on the hill as possible with their trainers.

Unfortunately this week tons of snow has fallen and the guys have had no choice but to go and ride some of the best powder we’ve seen all season……..what a tragedy!!!  With full mornings hitting some of the best spots in the Portes Du Soleil followed by afternoons of teaching and personal riding development, there has been the perfect balance between training and fun.

It isn’t all fun times in Morzine…….

After nearly 8 weeks in the resort you would think the guys would know the resort inside and out but once again under the guidance of their Mint and BASS trainers they were taken off piste to some of the Porte Du Soleil’s hidden gems. Normally showing rookie seasonaires the best spots in their first season would be frowned upon by the powder hungry locals, but everyone in Morzine is so friendly and mellow that sharing is most definitely caring. So the snowboarders headed out with coach Lewis Sonvico for the week and boy were they in for some serious treats. Lewis took the group to some of Morzine’s ‘double black listed Enigma encoded DaVinci-coded’ secret spots that the locals talk about in code in an effort to keep the untouched powder to themselves, in an effort to prevent it from becoming ”punter powder”. Although, as previously mentioned, the locals are very tolerant this was seen as crossing the line and Lewis has since gone into witness protection. Below is a video of Lewis making the most of the Portes Du Soleil powder before going into hiding: 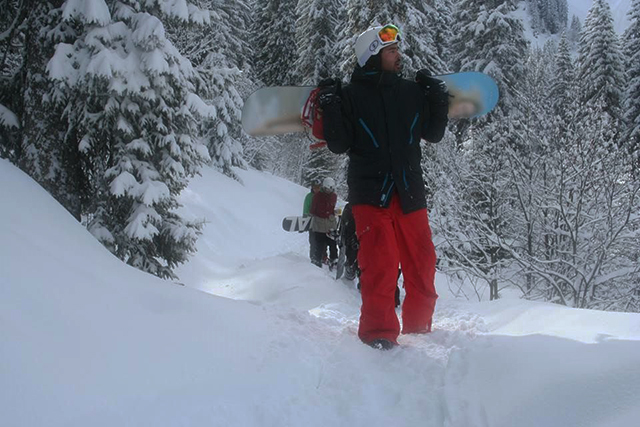 Trekking to another secret spot while keeping an eye out for the locals!

The Skiers, not to be outdone, also had their fair share of amazing powder runs………but they can’t actually tell you where the spots are as they got a little lost!!!! Alex, Charlie, Henry and trainer, BASS mountain guru AJ, had an epic week of shredding. On one day they spent several hours out in the far-reaching backcountry of Portes Du Soleil, the stories they came back with are of mythical proportions. Powder fields, tree runs, creek beds, lost skis, found skis, avalanche backpacks. When the lads got to dinner they couldn’t even speak they were so exhausted, which was a bonus! When you see how good these guys are on skis it’s kind of hard to visualise what really happened. I think it was one of those days where you had to be there!!!!

Later in the week we had an awesome balcony BBQ on Saturday evening/night and invited some of the Mint and BASS trainers around for a burger. A nice chilled evening with plenty of meat, beer and laughs. 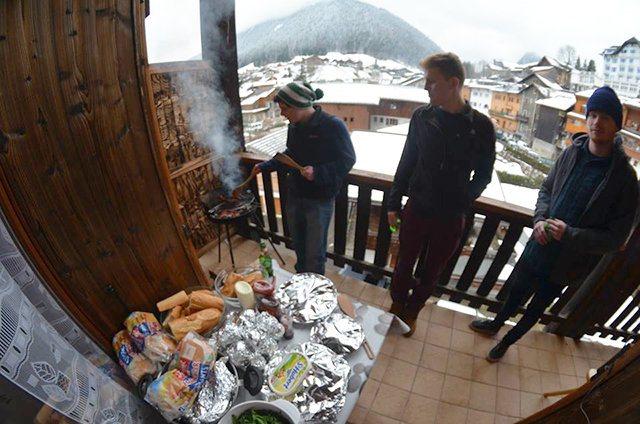 I think possibly the funniest moment yet on the course happened this week and it sounds rather like a bad joke. What happens when you put 5 young men (3 Scotsmen, A Yorkshireman, and a Southerner in an apartment? Well it turns out that for most of the season the guys never worked out how to turn on the hot tap in the shower! So for most of the season they took it as ‘gospel’ that the hot tap didn’t work, instead of trying the tap for themselves! So for quite a number of weeks they endured cold showers and baths filled up from the sink. The laughs that were had when group leader Darragh educated the guys on the joys of being an adult and turned the tap anti-clockwise. To the guys amazement “hot water magically flowed” from the tap and the expression on the trainees face was priceless: a mix of excitement, confusion and utter embarrassment. Oh to be 18 again! You should see them trying to do their own washing! 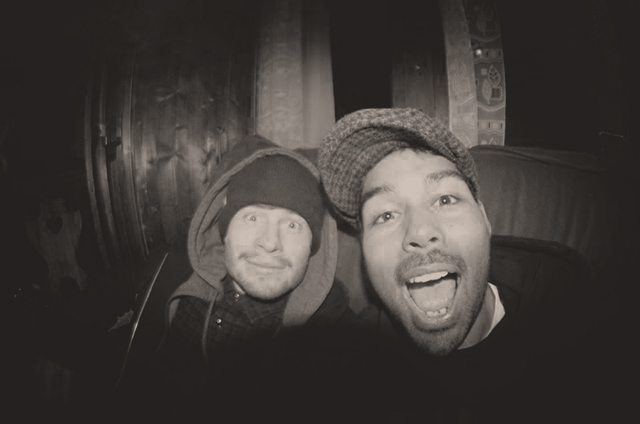 They may be able to ski or board like legends, but don’t ask them to do your plumbing

A pre course meeting was held on Sunday night with the trainers, before the start of the BASI Level 2, which kicked off this Monday. All of the trainees are ready and able to take the level 2 assessment, but to ensure that they were ‘match fit’ they got in another excellent pre course Pilates session with the groups favorite person in town, Georgie. With all of the training done and dusted and the trainers happy with the group’s level it’s up to the trainees to do their best. Darragh had a little cry to himself on Monday morning as he saw the guys head of in the gondola to the start of the level 2 assessment….who knew 6ft 3in Irish men could be so emotional!

Stayed tuned for the next blog to see how the trainees are getting on with their BASI level 2.