Deep in the archives of the Internet there is a famous graduation speech called ‘sunscreen’, this is our own Peak Leaders interpretation:

” Ladies and Gentlemen of the Morzine Peak Leaders instructor course of ’2014. If I could offer you only one tip for the future, sunscreen would be it. The long term benefits of sunscreen have been proved by scientists whereas the rest of my advice has no basis more reliable than my own meandering Experience…I will dispense this advice now.”

With such a bumper season of snow the trainees had yet to experience the wonderful world of a true spring bluebird day, until last week. Since then the group have been sporting goggle tans that would make the Scandinavians envious. The banter is hilarious as each day even with the lessons learned the weather is so good that the tan can only grow darker! 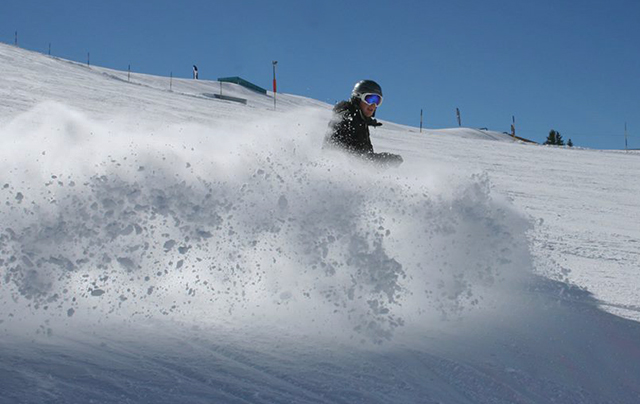 Charlie kicking up a thick cloud of snow to shade himself from the sun.

With the first week of BASI 2 the group have spent long, testing but enjoyable days out on the hill. They have had a whole week to show their BASI trainers what they have picked-up from the teams at Mint and BASS. The level 2 is no easy task and the guys are glad to have had 8 weeks of excellent training under their belts before this exam. The skiers are under the watchful eye of James Crompton who is really pushing the guys to their limits. Alex, Charlie and Henry have come onto this course with a ferocious work ethic and all their hard work really shone through this week! Well done guys, keep at it for the last week. 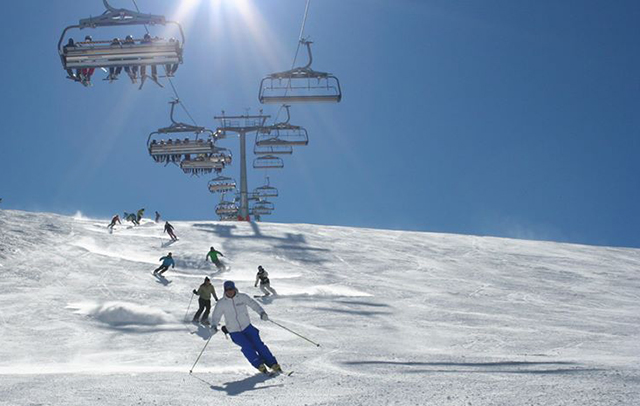 The snowboarders are spending their two weeks with Kevin Edwards. Kevin is awesome to watch on his board, it’s clear that being a BASI level 4 ISTD is no easy task. Kevin is a northern lad, like Jamie “Yorkshire” Fryers, which made Jamie feel more relaxed, and allowed them to talk about the course in their own northern dialect. Hailing from Dublin, course leader Darragh was in need of subtitles while they chatted to one another.A special mention must go to Joshua who has come out from Verbier to take his level 2 snowboard exam. It’s been great to see Josh gel so well with the tight knit group we already have here. Although they did lose him on the first morning, thank goodness for iPhones! 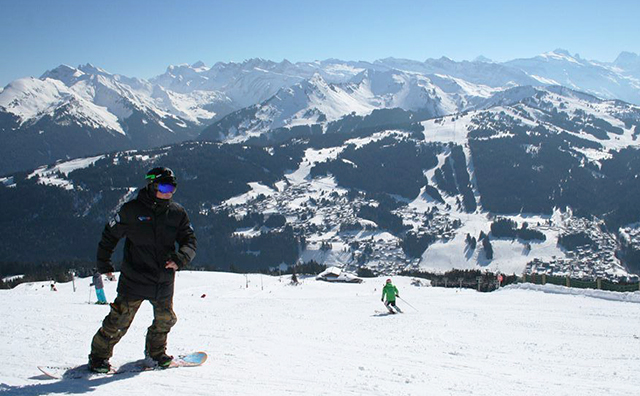 Kevin blending in with the scenery.

The end of the week meant a BIG night out was on the cards for Friday evening, with the group celebrating the halfway point of the exam. Sporting good looks and great goggle tans, with some questionable fashion sense, the guys hit all of the local favorites……..at least they think they did!

Week 2 started on Monday so let’s hope the guys can bring home the bacon. Keep an eye out for a few more blog updates to see how the guys got on!!!! We will also have some video interviews and group leader Darragh is hoping to put together a video blog of the best bits for the final week. There is also talk of a freezing waterfall dip on Saturday the 15th to finish the course off! 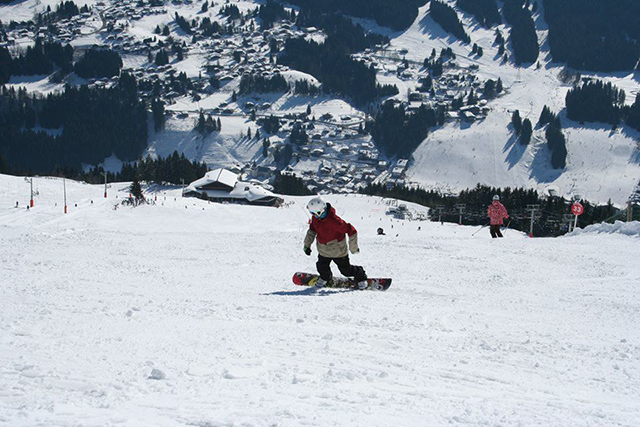