This week’s blog was written by Verbier trainee Ania Zielinska, who’s done a fantastic job, and should definitely be bought a drink by course leader Kaspar!

If Julian’s sprightly demonstration of jump turns on the first day of training this week was not enough to stimulate the group to attempt the maneuver, being schooled by Julian’s eight-year-old daughter certainly was. Soon enough, little Clara showed the trainees how it’s done and the whole group was hopping down the foggy slopes of Bruson. 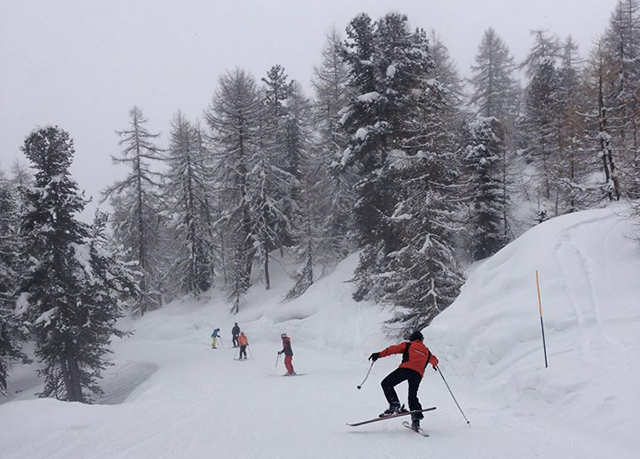 During the three days of training, Julian scavenged some deep powder and challenging bumps nestled between trees for the trainees to practice on, quickly shaking away any previously acquired confidence about their skiing prowess. He took the opportunity to photographically record every moment of glory and distress as the trainees emerged from the woods, in full force… or, at times, with missing skis and flailing hands.

On Mardi Gras, Thibaud went around frightening small children as they gaped at his Scream mask and ran for their lives toward their nearest parent (Thibaud acquired great child-rearing skills during our weeks of shadowing penguins).Following these incidents, the boys took on their pirate p’ARRRR’sonas, James the inexplicable green Guy Fawkes mask, Helen a feisty cat, and I transformed into Garfield. The bunch set out for a night at Pub Mont Fort and Casbah, leaving much to be desired the next morning when the alarm clocks set off. 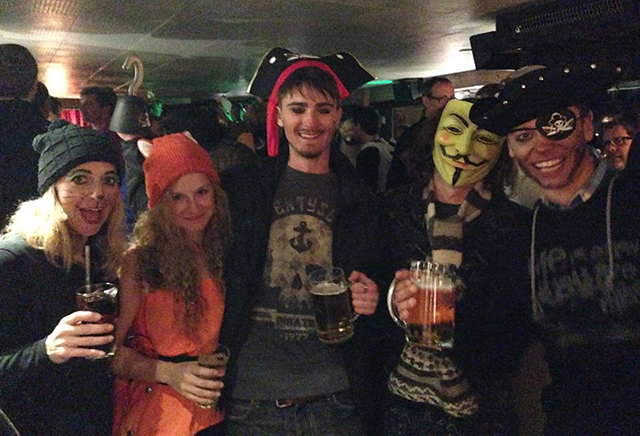 Why are Peak Leaders the coolest cats at the Mardi Gras celebrations? Because they ARRRRRRRRRRR

On Thursday, the group had their much-awaited afternoon with Johan in the Snow Park. He was keen to remind the trainees that the slopes are just one big snowy playground. A little backwards ski, a quick jump off the side of the slope, and a 180 or 360 spin, the trainees happily welcomed some spontaneity into their training routine. James landed his first 180 and Thibaud sported a few impressively high jumps. Helen initially felt reticent about freestyle Thursday, but soon enough she was getting air and four-point landing her way down the Snow Park.

The week was capped off by some quality time training with Emma, followed by the two-day First Aid course. The trainees learned how to manage stressful situations, to give CPR, and treat common bodily ailments while James role-played an emergency situation. He took it quite seriously and refused to calm his bodily convulsions long after a perplexed Matej had finished administering some first-class First Aid… 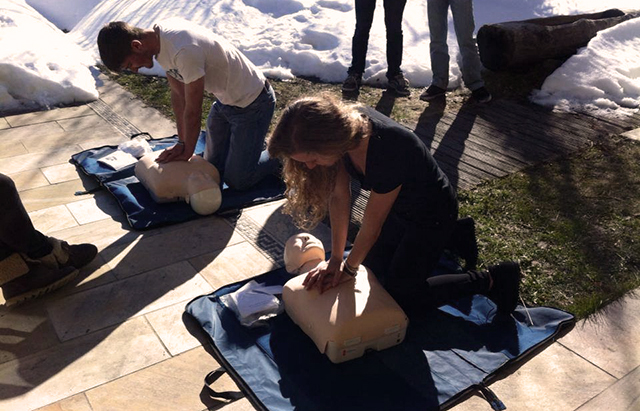 The hot and sunny weekend proved perfect for the inauguration of the BBQ at the Chalet. The heat wave melted the big icicles dangling from the rooftops, and made every chalet seasonaire strip to their t-shirts in the blazing sun while grilling meats and veggies. The feast continued late into the night, and eventually escalated into a show of card tricks by Matej, leaving mere mortals in awe, disbelief, or both. 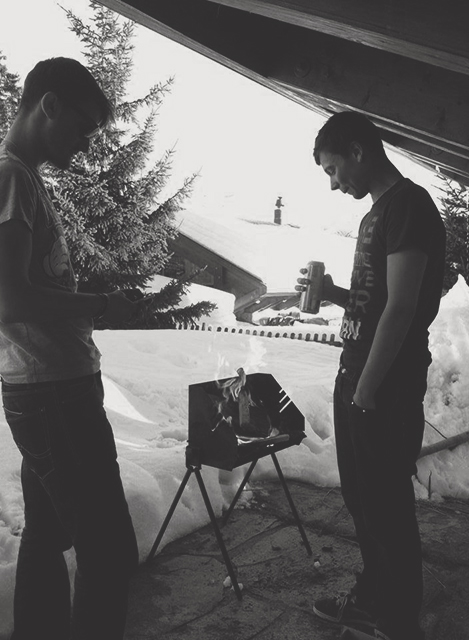 What is it with all guys & their fascination with standing around BBQ’s watching the flames?