The sixth week in Verbier was a little bit more of a relaxed affair for our trainee ski instructors. On Monday, after a morning of training with Emma, the group met in the Ice Bar at the Ruinettes to embark on a pretty unique experience. Most of the group was keen to try a tandem paragliding flight all the way down to Le Chable, which sits in the bottom of the valley! 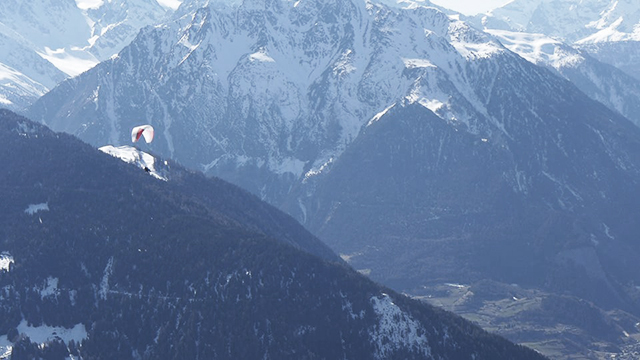 Gliding above some of the most breathtaking scenery in Switzerland

Fortunately, the trainee’s parachutes would be piloted by Mike and Stuart from Peak Performance, two very experienced pilots. As it was the first time that any of the group had tried paragliding emotions were running high before take off. At least the takeoff was initiated on skis, which made everyone feel a bit more comfortable. Despite the initial feelings of anxiety and being pretty petrified, once in flight everyone agreed that Verbier looked a lot different from a bird’s eye view. The views of the surrounding landscape, while swooping over Verbier’s stunning vista, were spectacular. After passing the town Mike and Stuart pulled a few of their best tricks out of the bag. Some of the trainee’s stomachs definitely didn’t appreciate the corkscrew spins but everyone thought it was an awesome experience, despite having to hold down their lunch! 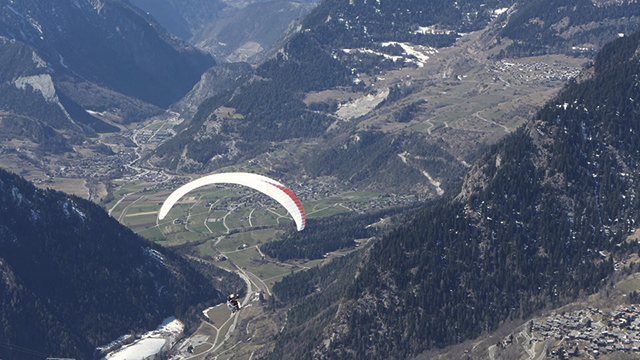 The weather throughout the week was sunny with very little wind, which allowed for a few days of intense training with Emma. It also encouraged some of the group to ski further afield and discover new areas of the 4 Valleys ski area. The Pomma and T-bar adventure by the girls over to Thyon took the best part of a day and introduced them to some new, unexpected terrain.

On Thursday the group took a day trip to the huge ski area of Portes Du Soleil. Despite some serious Spring-like conditions this was a great chance to discover all the great mogul runs of this resort. The most infamous of these runs is ‘The Swiss Wall’ which sits on the Swiss-French border. With an average steepness of over 40 degrees with moguls of up to 1.5m high this slope is a serious challenge for any skier no matter what their ability. Skiing ‘The Swiss Wall’ was an opportunity for James to make-up for one of his big childhood disappointments. As a kid he always had to take the chair down, due to it’s difficulty and potential danger. Thankfully everyone survived the experience with smiles on their faces and in one piece. As a result the group left the Portes du Soleil with boosted self-confidence any ready to take on any mogul run out there! 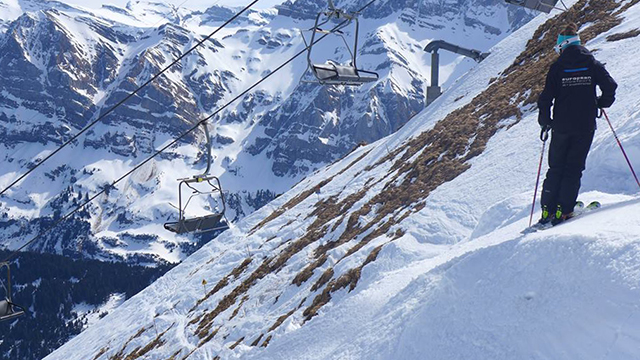 Emma looking for the safest route down the Swiss Wall 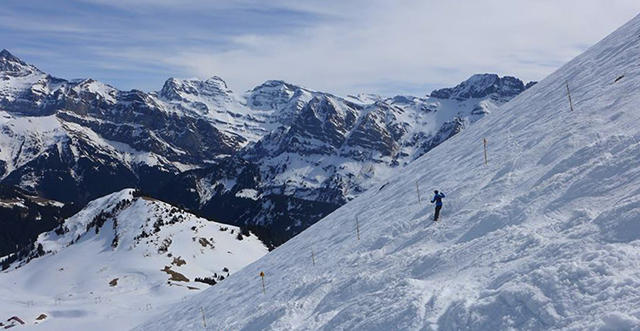 Over the weekend we held a goodbye BBQ for Andras and Seth who stayed on in the Chalet after the early season course. It seems that the boys took the sunny weather with them because as soon as they said goodbye the weather took a turn and we were gifted with some heavy late-March snowfall! Everyone is looking forward to get some fresh powder under the skis next week.