Last week in Verbier was all about the final week of BASI level 2…….and Easter. With some fantastic weather the week promised to continue the theme of the past month and sunny conditions prevailed, allowing the trainees to ski to the best of their ability. Throughout the week BASI trainer/examiner Derek focused on fine-tuning the trainees personal skiing (carving, short turns and skiing variable conditions). The trainees also worked on their teaching technique, with each trainee running a couple of teaching sessions. Additionally, on Wednesday it was time for the dreaded written exam, a test based on all aspects of the theory learned during the BASI 2 course. The 100% pass rate showed that the trainees had spent some serious time with their heads in the books over the past couple of weeks. 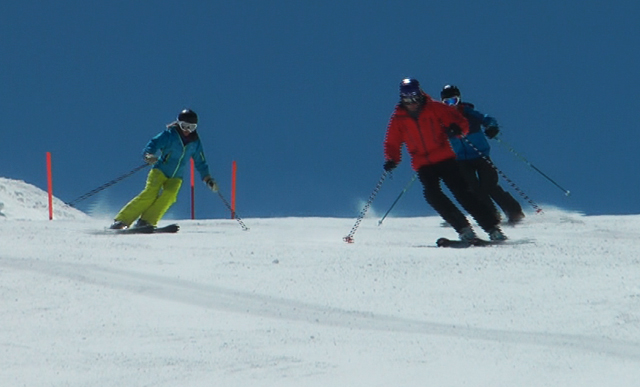 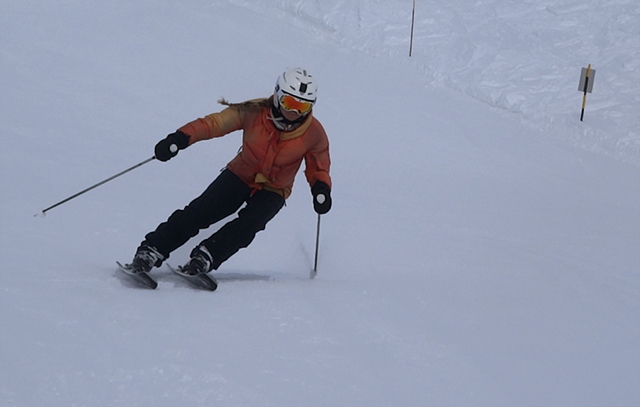 Ania’s progression over the past 10 weeks has been unbelievable

Despite this week being very full-on there was still time for the guys and girls to say goodbye to some of the friends they’d met over the past 10 weeks. There were particularly tearful goodbyes to the ‘seasonaire sandwich’ at Offshore, which despite sounding slightly dodgy was a food-based sandwich…….then it was on to the Pub Mont Fort for an emotional farewell to the cheap beer and sticky carpet. If Carlsberg did farewells…..

Before we could even stop to catch our collective breath it was Friday, the final day of the course. After a morning of skiing as if their lives depended on it results were dished-out by Derek at the ‘Ice Cube’ bar. Five out of the six trainees managed to achieve the BASI level 2 standard, with one of the trainees passing the teaching side of the course, just missing out on passing the technical skiing assessment. It’s fair to say that all of the trainee’s hard work over the last 10 weeks was rewarded and the guys immediately celebrated with a beer, then a cruise down the valley. During the run home both James’s struggled to control their excitement and did some pretty special freestyle tricks, with James S pulling a backflip and James P stomping a sweet 360. 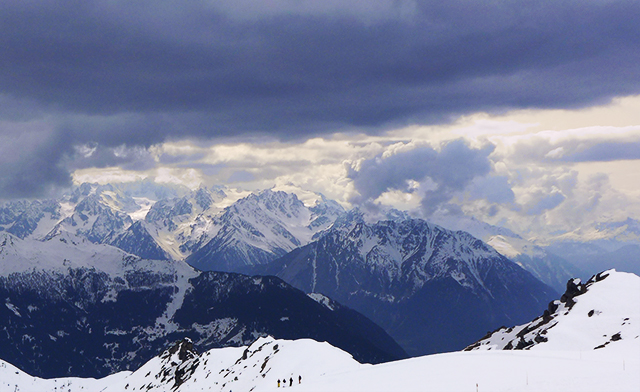 Not many commutes home, from a hard day at the office, have views like this.

The final evening started with the highly anticipated Beer Olympics, organised by Maty. There were two teams competing to get the trophy, which came in the form of a chocolate bunny (which was unfortunately destroyed during the games). The Beer Olympics started with some very easy games and ended up with the trainees building towers with their empty beer cans, which obviously needed to be emptied beforehand. After a hearty pasta meal, washed down with a serious quantity of Co Op own band lager (classy), the group hit the Pub Mont Fort for the last time. Needless to say it was definitely a night to remember, the perfect way to cap off an amazing 10 weeks in Verbier. Congratulations to everyone! 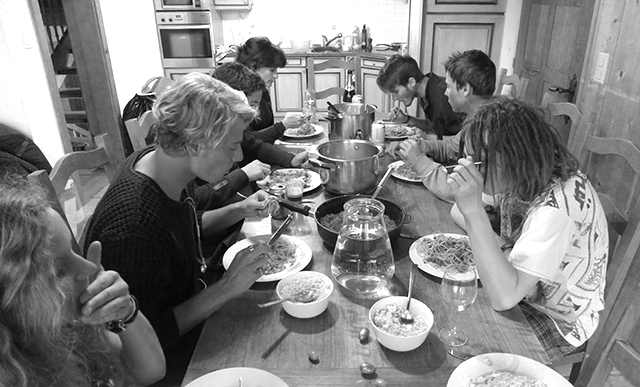