After the arrival of a big late-season snowstorm all of the trainees were really keen to ski some fresh powder. Fortunately for everyone the first few training runs with trainer Nick involved skiing itinerary routes down to Tortin, this was the perfect opportunity for the trainees to work on their bump and powder skiing techniques. The awesome snow conditions were much appreciated after two weeks of skiing slushy spring conditions. The change in weather also gave brief respite to the faces of the trainees, who were beginning to resemble a Panda family with their two-tone faces. 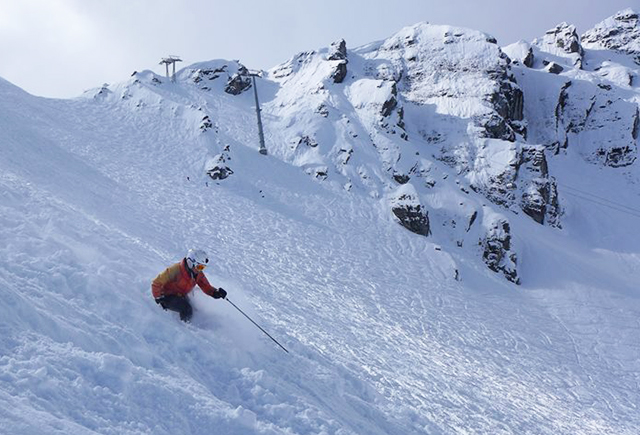 Ania enjoy some powder down the legendary Tortin itinerary route

Week 7 was the perfect opportunity for the trainees to do a little bit freeriding and discover some of the world class off piste terrain that Verbier has to offer. Stairway to heaven, la Mouche and Mont Gelé are just some of the routes that were skied during this week. 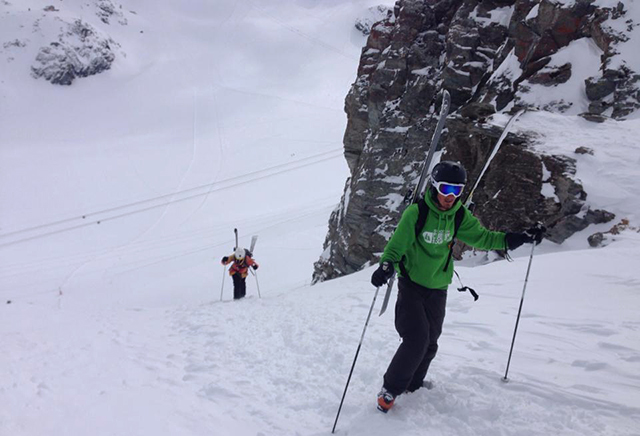 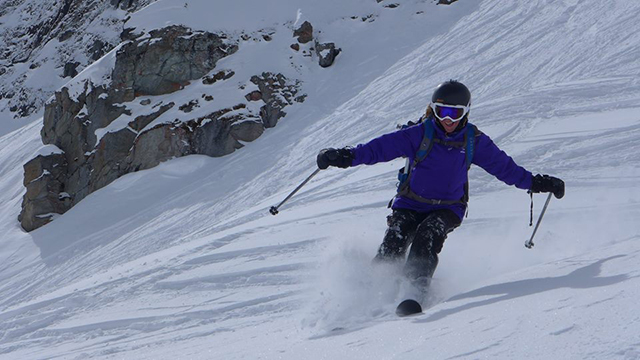 ….and the Heaven bit!

On Thursday the group embarked on another mountain adventure: an overnight stay in the Cabane du Tortin on 3000m. The cabane is nestled on the east face of Mont Fort just above the glacier, it is remote and has some incredible views. The group had an awesome night hanging out with the resident husky puppies and enjoying a social evening with a great food and wine. After a hearty breakfast the next day it was time to hit the snow and take advantage of being the first people on the mountain. Needless to say a long early-morning off piste run from the Cabane down to the bottom of Tortin definitely woke everyone up! 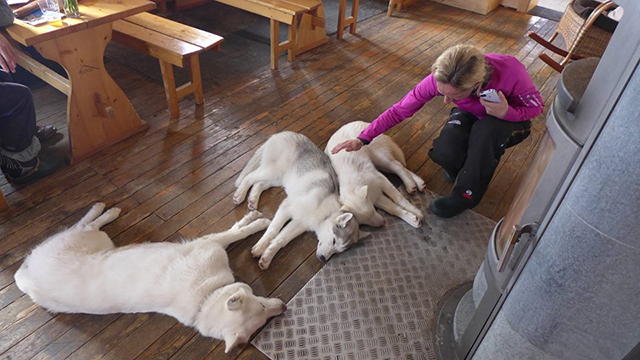 It’s most definitely a dogs life.

It appears that the Peak Leaders trainees weren’t the only people freeriding this week. Once again the Freeride World Tour rolled into town for the final stop of the tour, the Verbier Xtreme. This is always an amazing opportunity for the trainees to see the world’s best freeride skiers and snowboarders, like local legend Xavier De Le Rue, tackle the most technical mountain face on the whole tour, the infamous Bec De Rosses. During this week-long event the town becomes a hive of activity with brands like North Face and Swatch holding big parties and lots of press conferences. On Saturday the group headed to les Gentianes lift station to watch the skiers and snowboarders tackle this incredibly technical mountain, and to drink some beers. Although there were some serious tumbles the standard of riding was incredible. 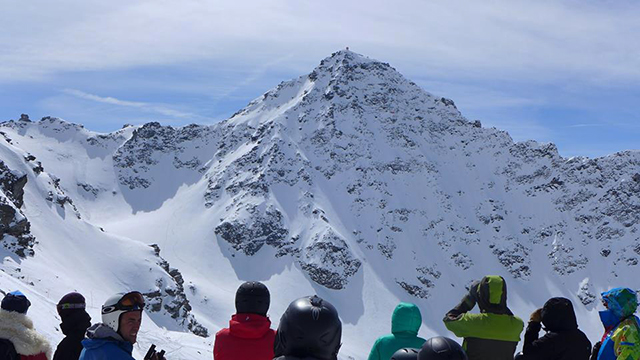 On sunday James, Thibaud, Maty and Ania hit the slopes for a ‘Darkside session’ on la Chaux……if layman’s terms they went snowboarding! Everyone had a good laugh at the various different styles being displayed, and it’s fair to say that everyone picked-up snowboarding quite quickly. All of the group were linking turns by the end of the day and there were even spins were pulled! Kaspar was pretty sure that this group of die-hart skiers had discovered their second discipline for their snowsports careers……or found themselves a new mistress!

Giving-in and joining the ‘dark side’ can be a lot of fun!