Week 8 marked the last week of training before the BASI level 2 assessment began. Being that it was the last week of training it was the final opportunity for the trainees to fine-tune their skiing, under the guidance and instruction of head trainer Emma. Everyone had their own tasks to work on such as: short turns, carving and bumps. Fortunately the weather was sunny with blue sky for most of the week, so the group could get most out of their time on the slopes. 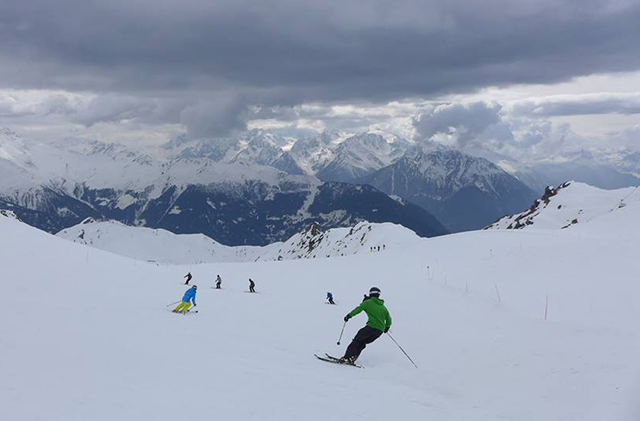 Last week the group skied hard during every training session

As the training sessions with Emma were run in the afternoons the mornings were filled with completing the remaining hours of shadowing the European Snowsport kids classes. Due to BASI requiring 70 hours of shadowing from each trainee all of the guys and girls had to spend 5 more half days following around and observing a qualified instructor. On the morning of each day the trainees were paired up with a different instructor and a different class. Shadowing is a really useful way of gaining real life lesson experience and learning various tricks of the trade, especially exercises and games that you can entertain kids with. 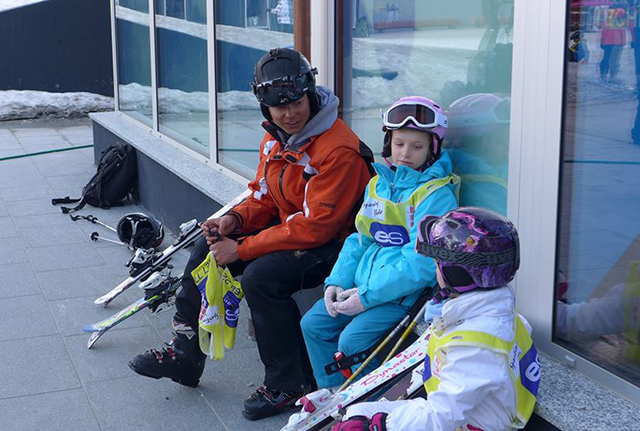 Mat sat in the naughty corner 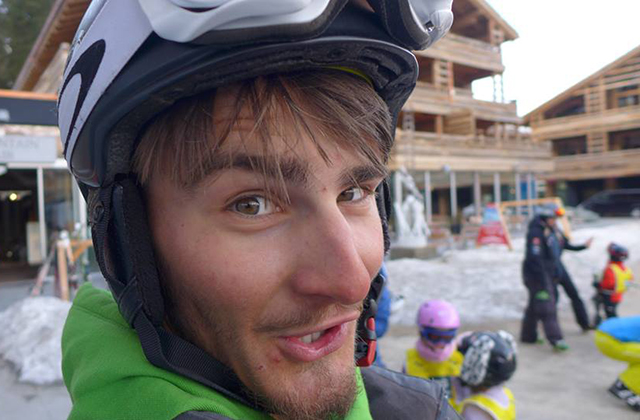 After training on Friday the group paid a visit to the ski service specialists working in the ‘Mountain Air’ shop. During the course of their visit the trainees got to hear from the head honcho about sharpening edges, maintaining the base of their skis, and waxing. They also had the opportunity to hear about (and watch) some of the new techniques and machines used nowadays, and specifically how the skis performance is affected by these changes. 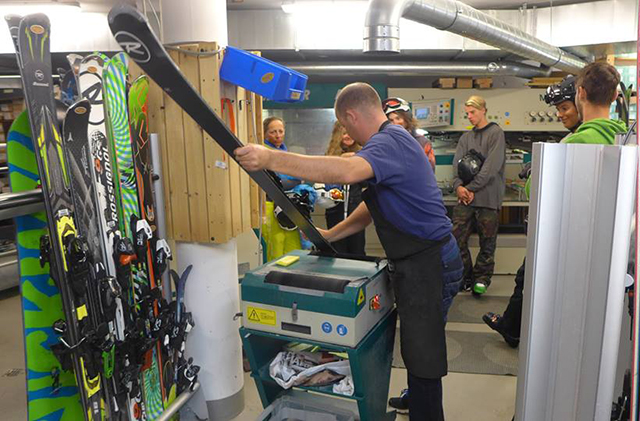 Watching how the pro’s do it

The evenings during the week have been quite calm and our biggest achievement (by far) was watching every single episode of ‘Breaking Bad’. On the weekend Alex, who was on a Peak Leaders course a few years ago, joined the group in the chalet. She is working with ES during the busy Easter period as a part time instructor. We also had a spirited visit four Belgium friends of Thibaud, who made their way over to Verbier some partying and skiing. The weekend was filled with the exchange of different international drinking games and putting them into practice! 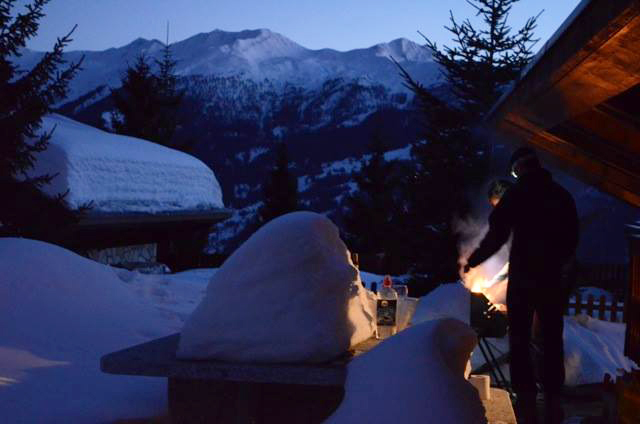 Another BBQ, swiftly followed by some drinking games.

After some fairly intense partying on Friday and Saturday, Sunday was time for the trainees to relax. Some went for an easy ski, which was combined with relaxing in the sun during the afternoon, and some just enjoyed the sunny balcony or went for a swim. Sunday evening came around very quickly and this was an opportunity for the trainees to meet their BASI trainer for the week, Derek Tate. Derek will be coaching the group through their BASI level 2 for the next two weeks, and continually assessing them. Everyone feels ready to give their best and show Derek that they are future Ski professionals. Thumbs up and good luck guys!