The beginning of week 9 meant the start of the highly anticipated BASI 2 assessment. For 8 weeks the trainees have been working hard with Emma, Julian and Nick from European Snowsport and have all made huge changes to their skiing. Fortunately for the guys and girls, BASI trainer Derek Tate broke them in gently with a fairly relaxing day of skiing. Derek wanted to treat the first day as an orientation day so that he could analyse the trainees skiing level and assess the conditions on the mountain, without the added pressure of drills and theory. 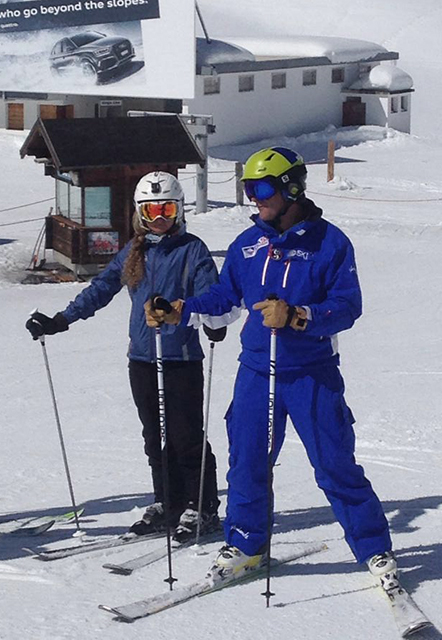 The remainder of the week was a completely different story, but despite training hard throughout the day there was still time each day for the trainees to ski without Derek and work on their technique, thanks to the long Spring evenings. Usually the training with Derek ended at 3pm and the theory lectures started at 5pm. Some of the trainees also saw this ‘spare’ time as a chance to get some slushy park laps in, with James pulling a massive 360 over one of the bigger jumps in the park. 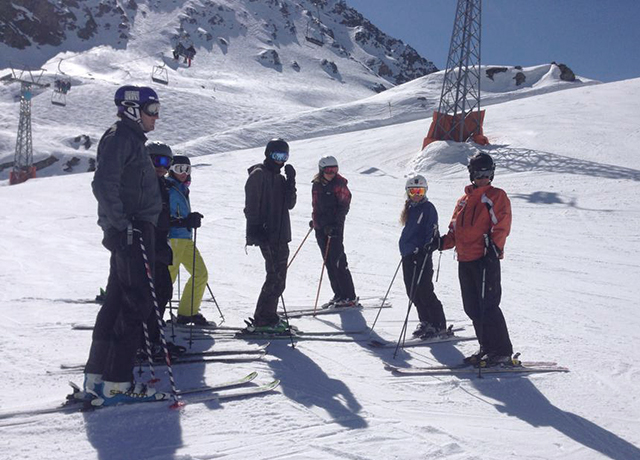 Along with a lot of hard work on their individual skiing technique another focus for the week was on improving their teaching skills. Over the course of the week every trainee had to teach at least two lessons; one lesson on wednesday which involved teaching the more basic skiing skills involved in the BASI central theme, and one on friday which focused on intermediate skiing techniques.
Understandably the evenings this week have been very calm with lots of time being spent with their heads in their BASI manuals and writting lesson plans. Friday evening, on the other hand, was a great opportunity for the guys to relax and let their hair down. So as not to break with tradition the trainees organised a BBQ and both Matty and Thibaud showed off their newly honed BBQ skills……together with some seriously fashionable eyewear. 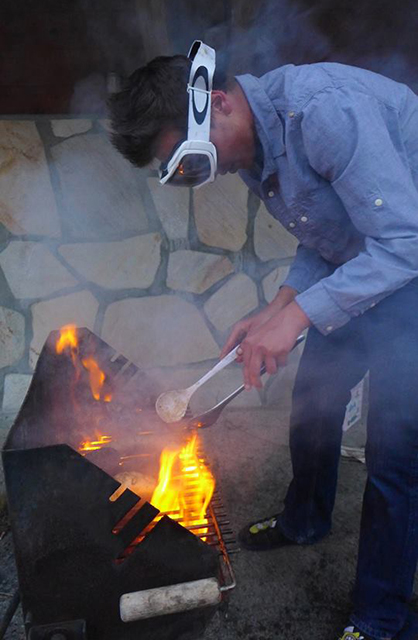 On Saturday those that weren’t suffering from the excesses of the night before went on a mission to Thyon, to say goodbye to the fourth valley. In the evening the girls went for a trip to the spa of Lavey les bains, a natural spa just past Martigny. It’s a great trip and the girls certainly made the most of their trip, being the last ones to get out of the thermal bath at 10pm in the evening! A cup of ice cream later and they were back in the Chalet where all of the boys, except Thibaud, were already asleep. All of the trainees are now well rested and full of energy and enthusiasm for the upcoming week, the final week of BASI 2. Next week is also Easter and apparently the easter bunny, Felix, has already been sighted around the ski area. 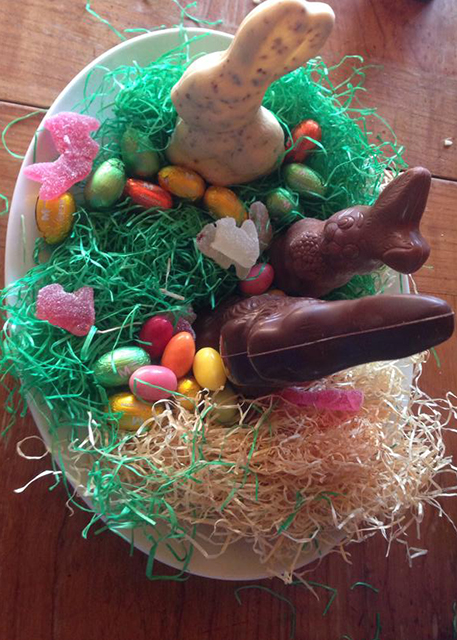 Rabbits in a nest, with eggs……no wonder kids grow up confused!