Week 2 kicked off with stepping up our riding and our speed, with a focus on cornering technique. We searched out long flat switchbacks, tight berms and off-camber corners. Fun times and everyone’s riding was noticeably improving. We also threw in cuttys, bump turns and got some drifting turns happening also.

A week of focusing on technique

Our weekly BBQs are always a good chance to chill out with a few beers on the deck and reminisce about the week. Biking and 26 degrees equals a perfect recipe for a BBQ starter.

Riding the more technical trails,  meant we have focused on the the skills and techniques to take on these trails. From some great rock rolls, better braking and effective ways to move through undulating terrain. We looked at how to take on different drops with different considerations such as the shape and length and height of the drop, varying speeds and other factors such as the entry and exit lines. 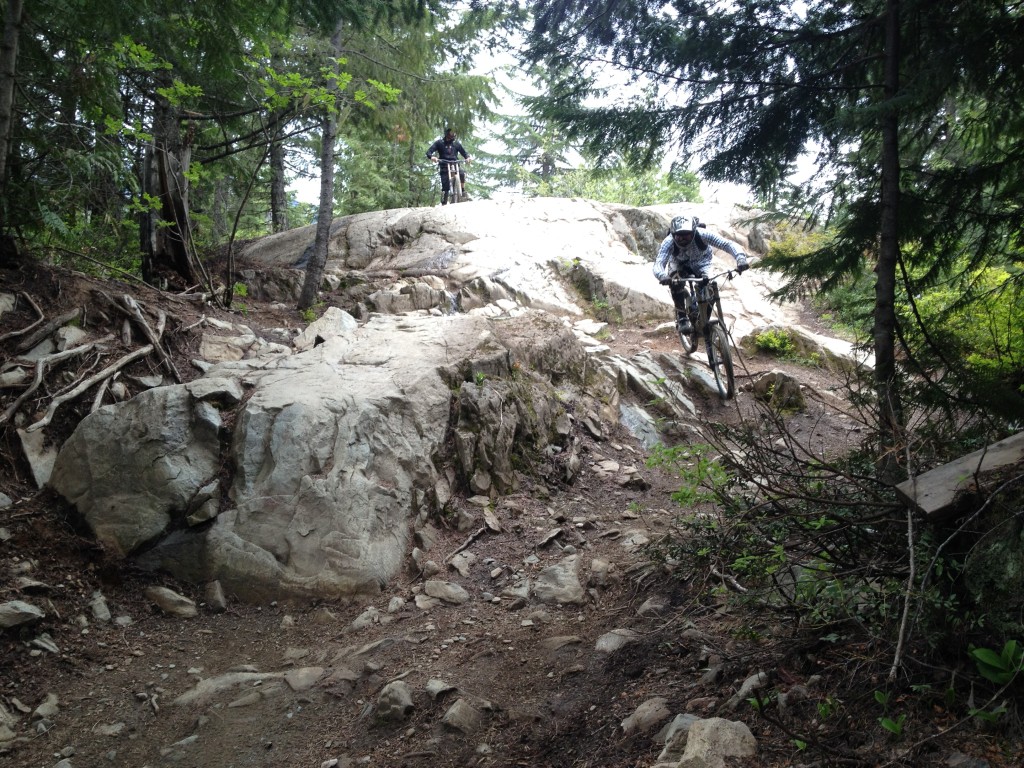 There has been plenty of action off the mountain in the workshop also. We’ve gotten together many times to discuss and learn about fork servicing, suspension tuning, maintenance and everything in between. It’s an amazing setup and great space to stand in the sun with your bike on a rack and tinker! There has definitely been some forks that, let’s just say, appreciated the love.

Outside the epic bike repair workshop at our lodge

Jumps and drops were next on the agenda. The guys had some evening sessions bombarded with the theory of jumps and drops. Bam! A lot to take in for sure, but incredibly valuable knowledge and the basis for what we do as coaches.

We then began to run through progressions for teaching a jump lesson, starting at an introduction for a rider that has only just begun to delve into getting airborne. Understanding the steps, teaching the progression, and demoing are all equally important and equally as challenging to learn! Who could have thought that rolling a jump could be so technically difficult! Muscle-memory can be great, but can also be a real tricky thing when it’s time to change. After learning the progressions we had a chance to practice some parts of a jumping lesson. Another day was spent on teaching drops, with a whole other progression and different aspects to figure out. Once again, practice makes perfect or closer anyhow.

A couple of the guys ventured up into the Alpine for a look at the scenery and a hike around. Some pretty spectacular view for sure.

Assessment time came soon after and we had a day of taking portions of a jump or drop lesson to teach. There was also a rhythm section of jumps to demonstrate. With some pressure and nerves to deal it’s a tough day but we made it through! Well done everyone.

So sadly the final day of the course arrived, but it was definitely a highlight. We had the special privilege of venturing up into the Alpine for some riding in the snow! It was a truly epic, if not a little scary, ride and something that not many have the chance to do. Just hang on and drift! What a day. 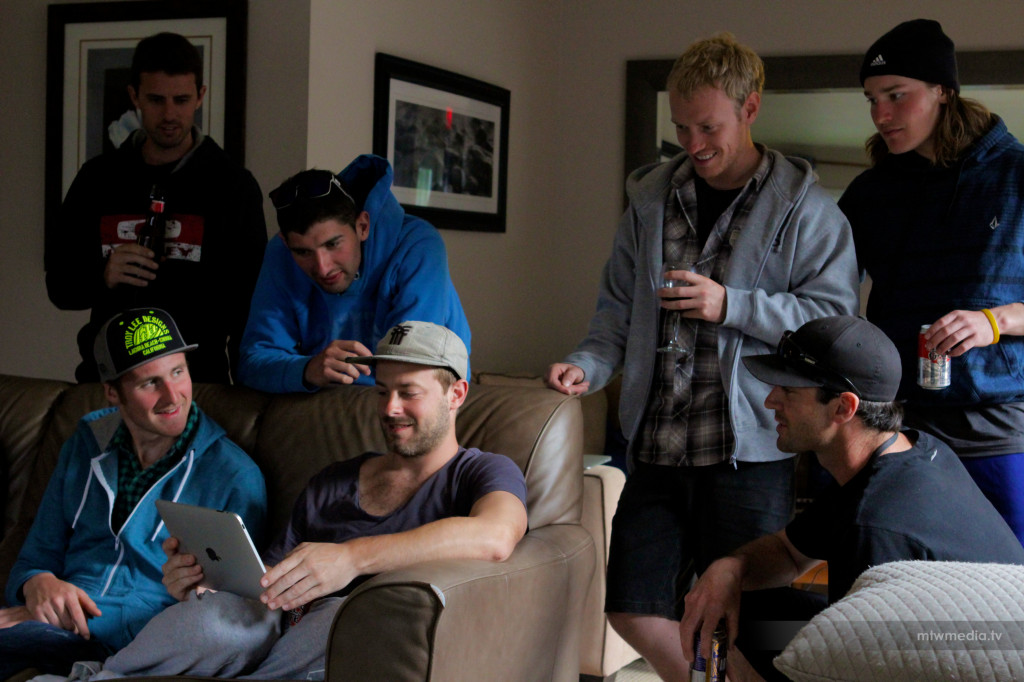 Those staying on to work for the season have set themselves up in staff accommodation and are getting ready to venture into their new positions as Mountain Bike Coaches. It has been a memorable course and a total blast. Cheers!