Spring conditions and Rocky style training regime. What more could you want from ski and snowboard course?

This week the group got pushed to their ski and board limits.

A very intensive week lay ahead with just this week being the groups last chance to touch up on any skills needed for the level 2.

The Basi trainers here to look after the group did not hold back with intensive sessions on each strand needed to pass the two. 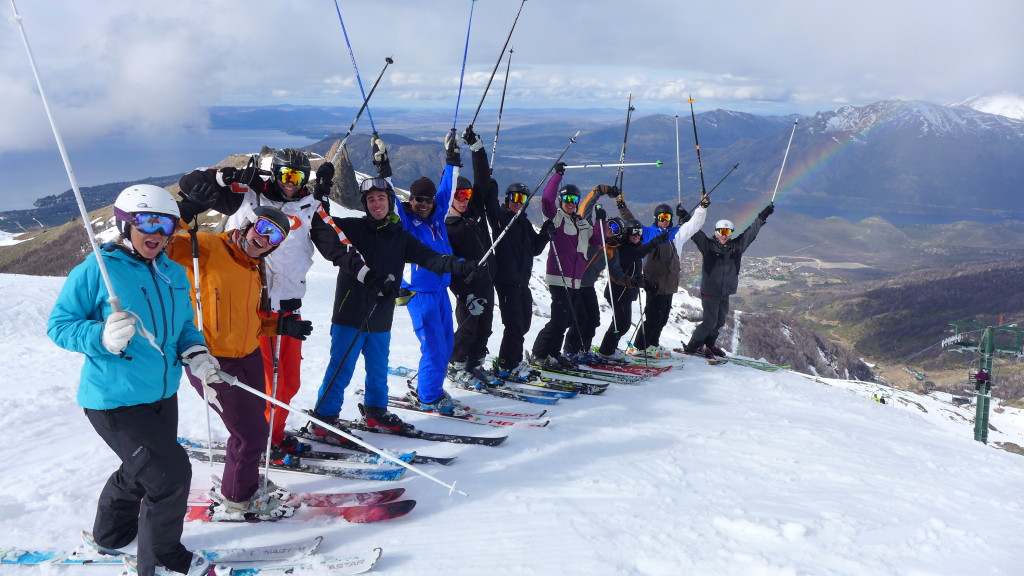 The bumps especially were the home for the group as every day each group tackled new lines down their favorite bumps section on the mountain. A fun and equally entertaining competition developed between the different ski and snowboard groups as a daily mogul challenged was set! One by one pride and ego were bruised or cruised on the bumps!

We had some really funny bails which is always great when you’re not the one doing it.  Spring moguls meant for a pretty soft landing so no long term damage was done other than image!

The level of the group with this intensity has helped them take a massive leap in their own personal skiing. It has been great to hear the group respond so well and see their own progress especially during video feedback sessions.

Patagonia in spring is breath taking and the blue bird days allow the vistas to really show themselves. Low cloud in the morning at the start of a ski day allows for nice panoramic views during the first few turns early in the morning.

The weekends as always either allow for some downtime if people need a break, but for some it’s another chance to cram in either more skiing or culture.

This weekend it was a two small teams.

One group took to the lake again to get some beautiful kayaking done on lago guiteriez.  Sunday morning lazy paddle why not!

The second group decided to go on a adventure.(including rainy, spring Patagonia conditions).Heading way out of town on local buses to get to a bike rental store 20km cycle later and the group experienced amazing food, scenery, tough cycle and an awesome Swiss colony from way back when. They got an awesome and unique experience when they stumbled upon old school dining on top of a local Sunday market. This village was so cool and was definitely worth the  effort.

This week the Basi 2 gets underway and after a tough week of training lets hope the legs stay strong for the upcoming exams.