So here we go. Just few days after New Years eve, the Peak Leaders trainees started coming to Morzine for their 10 weeks snow adventure. It had snowed quite heavily over the previous week which created a much needed snow base.
All the trainees had been welcomed in the brand new Rude Lodge by Jakub and also their ski and snowboard instructors from BASS and MINT respectively. Tammy (MINT) and Andy with Tom had explained the plan for next week and after pizzas and welcome drink pretty much everyone went to bed tired from long travel day, transfers and chaos on the Geneva airport during the busiest changeover day of the year. 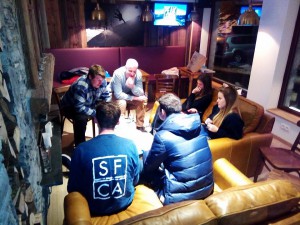 The first day has already set the pace. Mostly early morning start, full days on the hill under world class instruction, followed by amazing dinners in the famous Clin D’Oeil restaurant. First few weekends were filled with meetings and on Thursday we were invited to Coq + Bull Surgery. 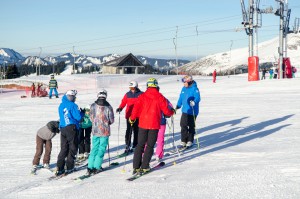 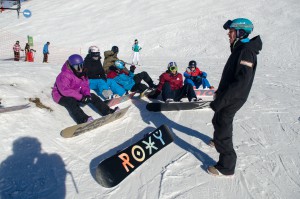 Ski and Snowboard maintenance and service shop here in Morzine. We brought some beers, Mike brought his board with him to be used as a model example and Alan (the shop owner) started to work on it in front of the whole Peak Leaders crew. Claiming the board will be as good as new or even better afterwards sounded pretty ambitious at the time, but after about one hour of lecturing and showing us how the work is done, the board was done and ready for the next day on the slopes. Overall we spent about 2 hours in the shop and the trainees learned a lot about ski and snowboard maintenance. 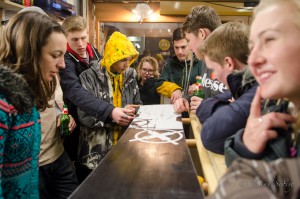 Friday was the last day of the lectures and chilled beer night with the whole crew. The weekend was filled with first aid course and first lessons of Pilates just before amazing Fondue dinner in Clin d’Oeil. Week 2 is BASI Level 1. Good luck team!

Keep up to date by following our Facebook Page where we post photos of the course regularly.