‘Christmas is coming and the goose is getting fat…’

Or, rather, here in Verbier, the penguin. 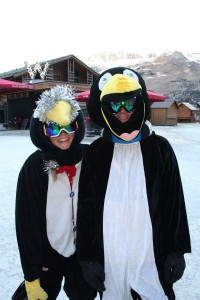 March of the Penguins

With the festive season in full flow the trainees spent each morning this week shadowing European Snowsport’s experienced instructors. With ES’s youngest clients known as Penguins, each morning two lucky trainees had to assume the guise of ES’s penguin mascot. Although masquerading as an Antarctic-based water fowl was not perhaps what all the trainee ski instructors imagined being a ski instructor was about, it certainly taught them the vital qualities of humour and humility. The under-fives proved demanding but immensely rewarding clients.

On Christmas day the chalet chefs Holli and Izzi laid on a fine spread for the trainees who had remained in Verbier. Father Christmas even made an appearance, and proved to bear an uncanny resemblance to trainee Angus…. 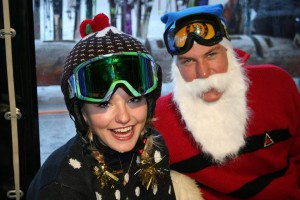 An real Christmas treat this week was the opening of the cable cars all the way up to Mont Fort. At 3330m this is the highest point of Verbier ski area, and amongst the highest pistes in Europe. Near the top the black piste is so steep it is not groomed, giving an ‘interesting’ challenge for the trainees in Emma’s group who made the long trek up and exhilarating, bump-filled run down on Christmas Eve. 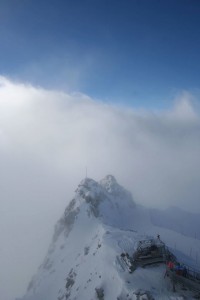 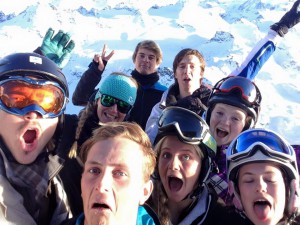