Tom McCollum joined us on the Bariloche (Argentina) 9 week ski instructor course. With the new Peak Leaders crew soon heading to the Land of the Gauchos, here is how Tom started his journey in the Southern Hemisphere …

Peak Leaders: What made you decide on doing a ski instructor course?

After contemplating going on a gap break a lot during the last couple of years at school, I thought it was an opportunity that couldn’t be missed.

I applied for a deferred place at Newcastle University, so it was a great chance to become a ski instructor and live the dream of doing a ski season.

PK: How did you hear about Peak Leaders?

Initially through word of mouth.

I have a friend who had done the same course in Argentina the previous year.

PK: Why choose Peak Leaders over other gap year companies?

I’d always wanted to do the ski instructor course in the summer, meaning I would have the whole winter to instruct back in Europe.

This meant either New Zealand or South America.

South America seemed a much more exciting prospect with the variable terrain and stories of amazing freeride skiing, and of course the steaks and red wine!

After research online, there were only a select few that held BASI courses in Argentina.

Peak Leaders is established, has a great reputation and I had heard first-hand that it was an amazing experience.

It was a simple choice really.

Watch this video all about the course …

PK: How much preparation had you done beforehand – did you feel it was enough?

I had obviously researched what sort of level skier you need to be for the BASI Level 1 & 2, and had also been given plenty of information from Peak Leaders themselves.

I knew Peak Leaders would get everyone up to speed and give plenty of preparation time when out there, therefore I didn’t do a huge amount of preparation, perhaps not enough.

However, I didn’t feel I was hindered at all, or that I had a lack of knowledge once in Argentina.

PK: What was the mix of people on the course (eg ages, backgrounds)?

There was a great mix of people, both old and young, and also from different parts of the world.

The majority were young on a gap course like myself, but it was great to have some really fun more experienced people as well.

It meant there was never a dull moment! 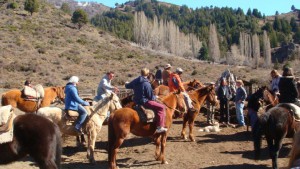 Taking a break from the snow, riding the plains …

PK: Who trained you and what was the best thing about the training?

I was trained by Kerr Stewart, a BASI Trainer who also acted as mentor/course leader in Argentina.

The best thing about the training was definitely that it was fun the whole time.

There were obvious times when there was more pressure, but I genuinely enjoyed every minute I was on skis.

Actually that is a slight lie, I struggle with snowplough; I find it extremely un-comfy so don’t particularly enjoy skiing in the wedge position.

The depth of training was also awesome.

Everyone improved so quickly and there was so much attention to detail, my knowledge really expanded.

PK: Where did you stay and what did you think of the accommodation?

We stayed at the El Retorno hotel, situated in-between the town and the ski slopes.

This was great as it meant it wasn’t a long taxi back after a night out, and only a 10 minute bus to the slopes.

As it says on the website, it really is the most stunning view you will wake up to.

Sat right on the edge of a beautiful lake, it’s a great setup! 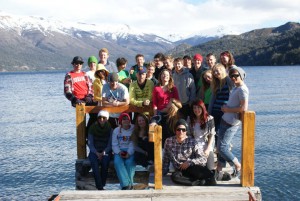 It had a football pitch, tennis court and was close to a couple of nice restaurants – I felt pretty lucky to be staying there.

The accommodation itself was good and I was in a room of two in an outbuilding that was filled only with the Peak Leader crew.

PK: Describe a typical day – if there was one?

Get up and have a good breakfast in the hotel dining room.

Take the bus to the slopes, pop the skis and boots on and head up the mountain.

There was obviously a huge variety of skiing involved and terrain to choose from, but we generally always had lunch in the same place which meant we got to know the staff well which was fun.

Back on slopes in the afternoon and then we took the bus back to the hotel.

There were often things organized for the evening, whether it be for the course or just social.

During the periods when we were not being examined, we would often head to Bariloche town in the evening.

PK: Describe a typical evening – get much time to party in Bariloche?

There was a great communal large room that was taken up by Peak Leaders.

After dinner we usually headed there and had drinks or played games etc.

There was a lot of poker played as well to spice things up!

It is custom to head out really late in Argentina, so if we were going out we would have a few drinks in the hotel and then get taxis into town.

Bariloche has a lot of fun bars and clubs and the Quilmes beer is great.

PK: How difficult did you/the group find the exams?

As a whole everyone knew what to expect due to the depth and length of training beforehand.

Therefore when it came to the exams, it was almost like another day in the office … apart from the fact we were being watched and scrutinized by several people.

The only part I had to go back to was the snowplough because, as I mentioned earlier, it’s something I don’t get on well with.

PK: How much help were Peak Leaders with finding work following the course?

They pointed us in the right direction and gave us advice, but at the end of the day it is up to you to apply and find the job – they are there if you put in the effort, I even managed to get to Japan! 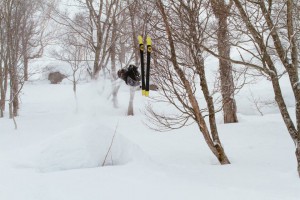 Head over heels happy in Japan!

PK: Best thing about the course?

This is a tricky one as I could list many aspects of the course that were so good … plus the extra trips after the exams, the horse-riding etc!

However, the best thing for me was the huge improvement in my skiing ability and confidence.

This may be obvious, as that is the whole point of the course, but it was a genuinely amazing feeling to know how much I had improved. 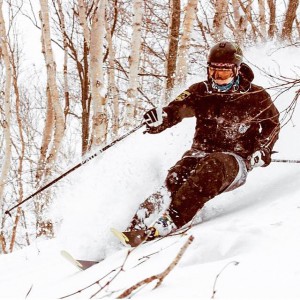 PK: Something you’d wished you known before but didn’t?

Although never really needed to use it, but would have loved to, perhaps knowing more Spanish before I left.

PK: Top tip for anyone considering a gap/career break?

If you are on the fence, do it!

You will regret it if you don’t.

PK: Sum up your Peak Leaders experience in three words?

Want more information on our courses?