Week 2 of our 2015 Argentina ski instructor course meant back to the basics of skiing for our trainees. Luckily, Augustine, retired Olympic skier turned Peak Leader coach, was on hand to analyze our trainees every move on video. Course leader, Steve, sends this update … 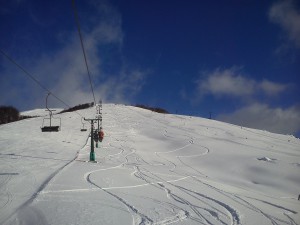 Following the large snowfall that occurred prior to the arrival of the trainees, snow conditions remained ideal for the beginning of week 2. 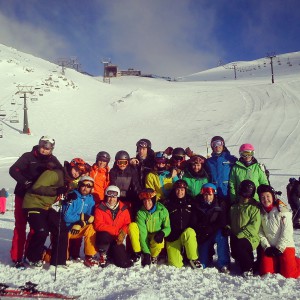 Waking up on Monday morning, refreshed after a relaxed Sunday, the trainees headed up the mountain to be first on the slopes of Cerro Catedral. 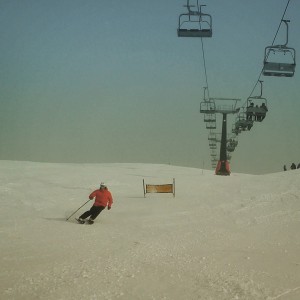 Jorge and Tety took the skiers back to the basics of skiing by re-teaching snow plough and plough parallel turns.

By the end it was clear the trainees had a newfound respect for beginners, as they struggled to control snow plough turns on the more challenging of slopes!

On Wednesday the trainees took the opportunity to be filmed carrying out the variety of turns that they had been practicing earlier in the week.

This provided an effective opportunity for each trainee to fully analyze their skiing technique, with analysis provided by the experienced Augustine (a retired Olympic skier and BASI trainer). 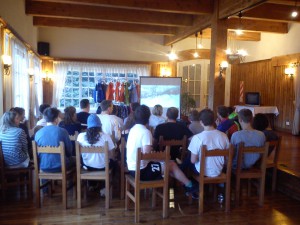 Extra-curricular activities were also available in the lodge following the days of skiing.

All trainees took part in Spanish lessons, learning basic vocabulary to aid them on the mountain, as well as drinking Maté a local tea-drink only offered to people considered friends.

Perhaps one of the more comic times of the week was the yoga session, led by a local professional.

The trainees clearly realized that over 10 days of skiing had not been kind to their leg muscles as they stretched and strained to reach positions, which seemed impossible to them!

Friday saw weather conditions take a turn for the worst, however the ever-enthusiastic trainees still travelled up the mountain battling snow and wind. 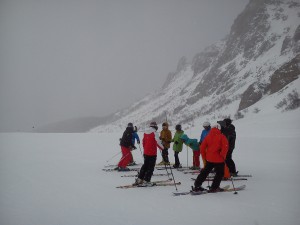 After a good morning, the trainees ventured down early to receive in-depth analysis of ski technique, and pointers for improvement with Augustine again on hand for questions.

It became clear that all trainees appreciated the opportunity to visually analyze their own skiing, and hopefully they can take these tips into week 3 and see further improvement in both technique and ski control.

All trainees embraced the opportunity to relax, drink some red wine and chow down on top quality Argentine steak and chorizo (safe to say it was not a night for vegetarians!).

Following the asado the trainees decided to extend the night by venturing into Bariloche and let their arty-side out (with the help of the local beer!). 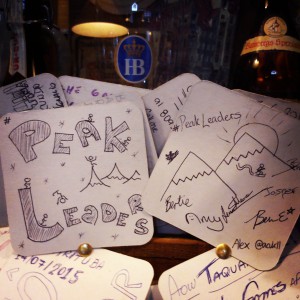 A trip around the lake 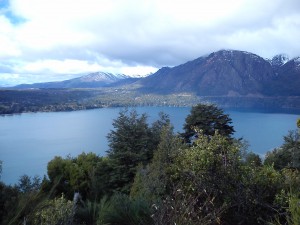 Saturday afternoon was an opportunity to rest and relax, with some choosing to watch movies, others take a walk around Lago Gutierrez and visit the Cascada de la Duendes (a nearby waterfall); and in a very back to basics, some trainees even studied the BASI manual. 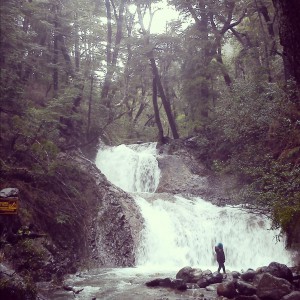 During the evening some of the trainees headed out for a game of football, which was followed by dinner at Manush – a favorite with the locals!

It’s been another fantastic week for the trainees, and here’s to six more!

For a chat about any of our courses get in touch here.