Week 6 sees all the Peak Leader trainees pass the BASI Level 1 exam – 100% success rate!!! – and El Nino bring snow and perfect conditions to the slopes of Cerro Catedral. Our course leader Steve gives us the lowdown …

First thing’s first – a massive congratulations to Alaska (Ben) and Jenna who have passed the technical section of the BASI Alpine Level 1 exam! 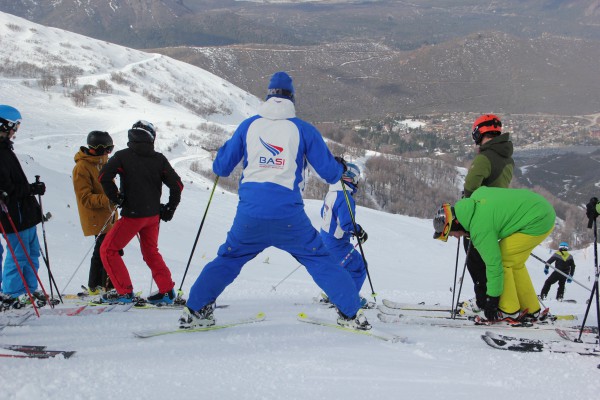 This means that every one of the trainees is now a fully qualified BASI ski instructor!

This past week has seen our newly qualified BASI Level 1 ski instructors struggle through some absolutely insane weather in Bariloche, Argentina.

Wind, snow … and finally some sunshine for our crew in Argentina! 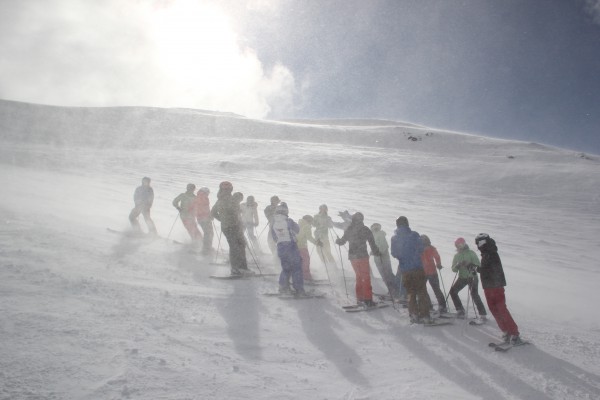 But they’ve come out the other side with huge improvements to their skiing and understanding of how to be a great instructor.

And along the way, experienced first hand what has been described as the greatest El Nino in decades!

Greatest El Nino in decades? Watch out winter in Europe!

Perfect conditions … in the end

At the morning brief on Monday we were informed by our team leaders, George and Ben, that the forecast for the week was for a lot of precipitation.

We started the week with heavy rains at the base of the mountain which was falling as snow further up.

All the fresh snow has made for perfect skiing conditions 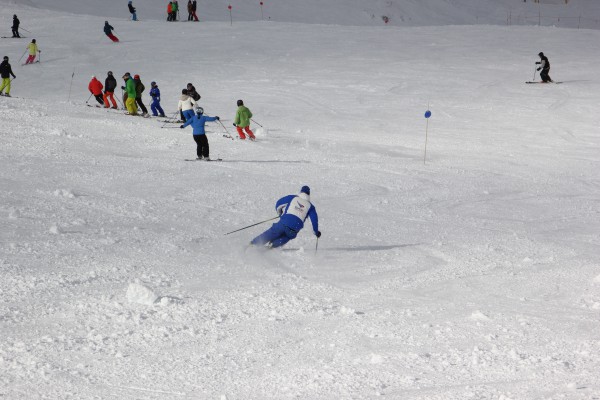 The wind was set to increase towards the middle of the week and as it progressed the temperatures and freezing level were to drop.

That meant snow would be falling even down to our hotel El Retorno – at 800m above sea level!

We ended up having huge amounts of snow up at Cerro Catedral.

Perfect timing for the start of BASI Alpine Level 2 next week!

The group here in Bariloche has shown great commitment and dedication by pushing through the adverse conditions.

Everyone has continued to test their own skiing abilities to the limit. 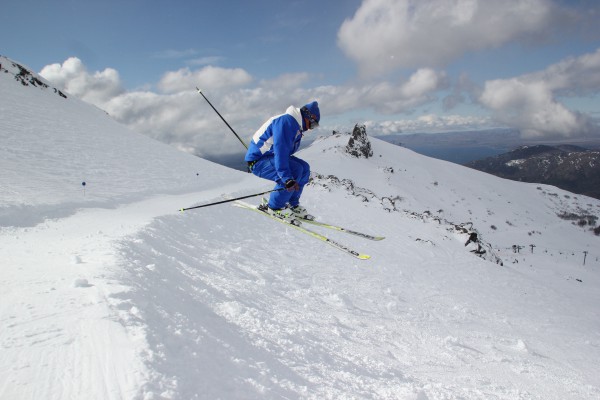 BASI trainers Mike and Lesley managed to find a few gaps in the clouds so that they could film the group for a few mornings. 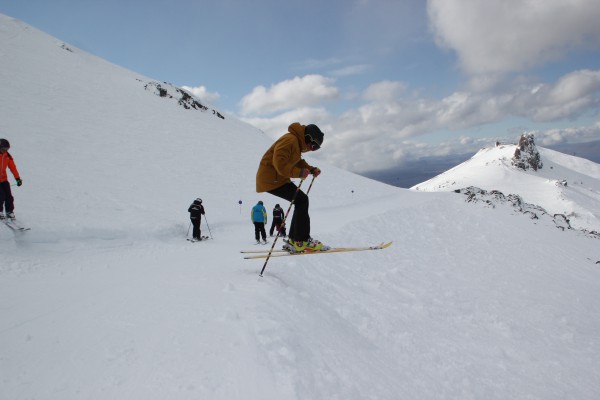 Mike and Lesley’s footage of the groups allowed for some really useful video feedback sessions in the evenings before the usual post-ski stretching.

Time to stretch out and relax at El Retorno 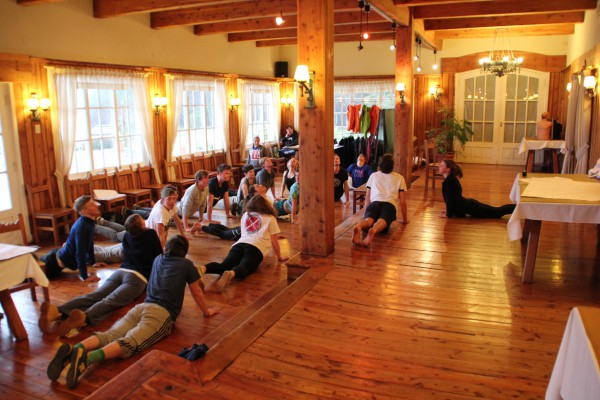 Everyone had a chance to practise a variation of different teaching styles by teaching a subject of their choice to the rest of the group back at El Retorno.

It’s hard to choose which was the most memorable: The paper aeroplane building lesson with Gregor’s ridiculously good demo OR the yoga lesson by Giuseppe and crew OR even the ‘dancing’ lesson which was the brain child of Alex!

There are videos and they will surface … 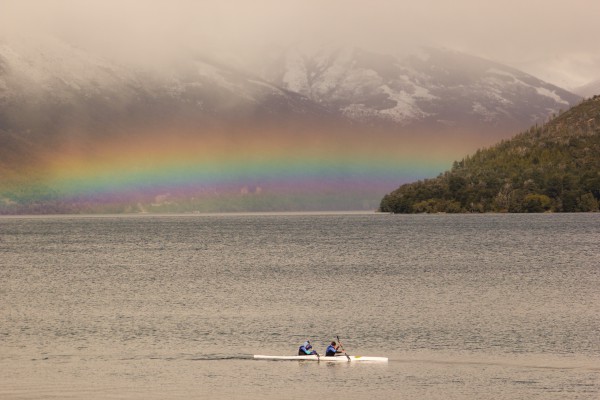 Most of the group ventured into Bariloche on Friday night (all except for the few who were getting prepared for job interviews very early on Saturday morning!).

The evening started with an impromptu stout tasting and trip to Alberto’s – possibly the best steak house in Bariloche!

Due to the changeable weather we pushed the weekly asado back to Saturday.

Cooking under the stars with the weekly asado and wine fest! 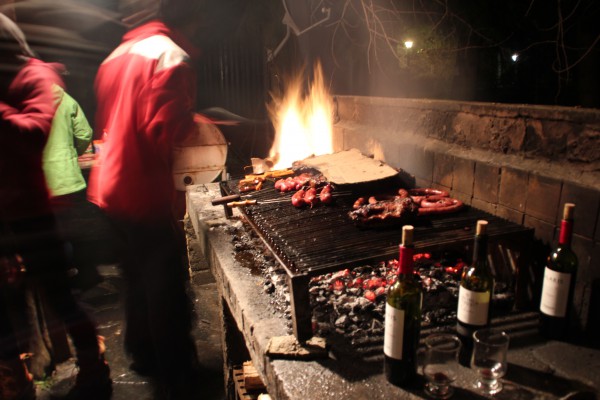 This gave us another pre-asado competitive game of soccer, in which Ellie was again struck more than the ball itself!

The asado was a real team effort this week with all the group getting involved to help Ivan with preparations. 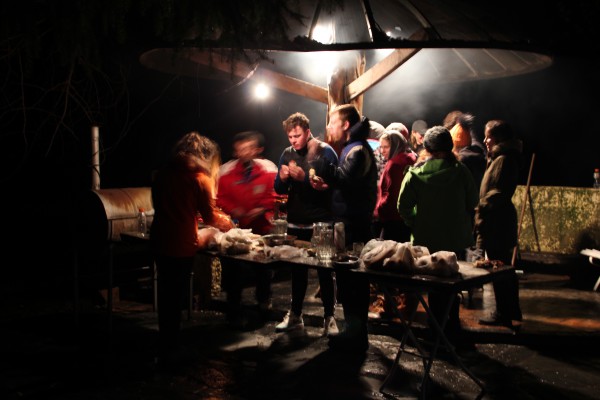 As the week comes to a close, so does the recent spell of heavy snows.

The forecast for the coming week is sunshine, little to no wind … and blue skies!

Fresh snow and blue skies on the way for Cerro Catedral 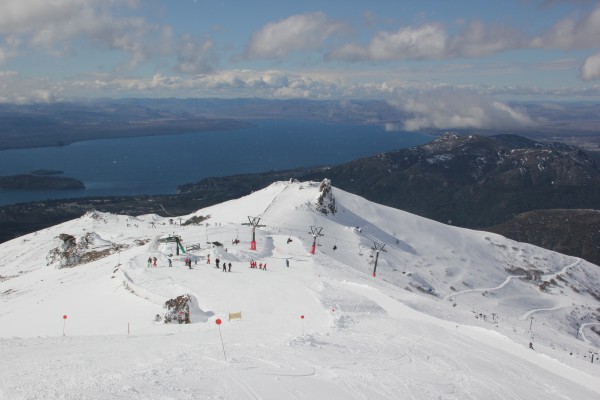 Good luck to all the Peak Leaders crew as we begin the first of two weeks on the BASI Alpine Level 2 course.