Cheryl McClorey completed the Peak Leaders Whistler Bike Park Academy 3 week mountain bike coaching course back in May (read about it here) and is now living and blogging in Whistler for Peak Leaders (Coaches Camp 2015 blog). What’s it like spending the summer in the world’s best bike park? Read on for Cheryl’s second installment of “Whistler Life” …

After a 100% pass rate on IDP Levels 1 & 2, last week saw some of the coaches camp trainees pack up their bikes and head home with good vibes aplenty.

No goodbyes though, just lots of “see you next summer” as Whistler once again wins over everyone’s hearts and minds. 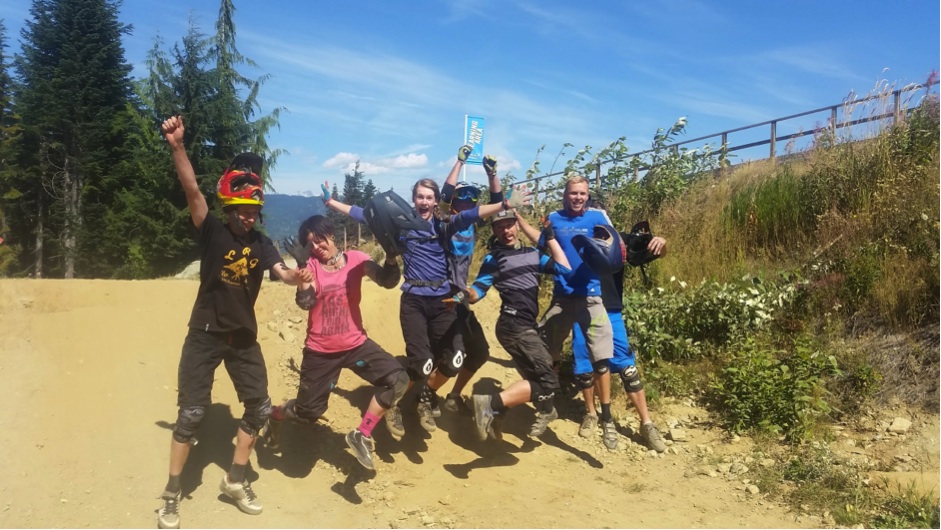 Jumping for joy at the Gentle Giant after passing Jump Theory

Perks of becoming a Whistler Mountain Bike Park Guide include hefty discounts and freebies for ziplines, bungee and much more.

On another perfectly blue sky morning, I had jumped on the Wizard Express Gondola over at Blackcomb, where I had arranged to experience Whistler’s newest attraction: “The Sasquatch Zipline”. 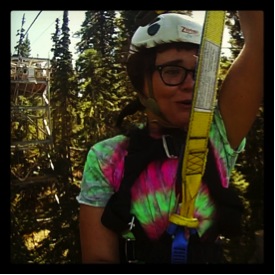 Some eyebrow raising facials on “The Sasquatch”

Whistler Zipline Tours is a world leader in the design, development, and operation of zipline based eco-adventures.

A group of us stepped into our harnesses and headed towards the zipline, which is designed for two people to go down side by side, with your friends or family, a great addition to the experience.

I took the liberty to GoPro my Sasquatch for your viewing pleasure, which perfectly captures the moment…enjoy!

This is by far one of the most exhilarating ways to catch a glimpse of the surrounding Whistler landscape at 7000ft and reaching speeds of well over 100km/h…talk about wind in your hair!

Having missed all of the Phat Wednesday race season, I decided to dust off my race face and take part in the second last event of the season.

Last Wednesdays event sent the races deep into the Garbo Zone on a course that sampled some of last year’s Crankworx Garbanzo DH course – “In Deep”>”Duffman”>”Golden Triangle”>”Dirt Merchant”. 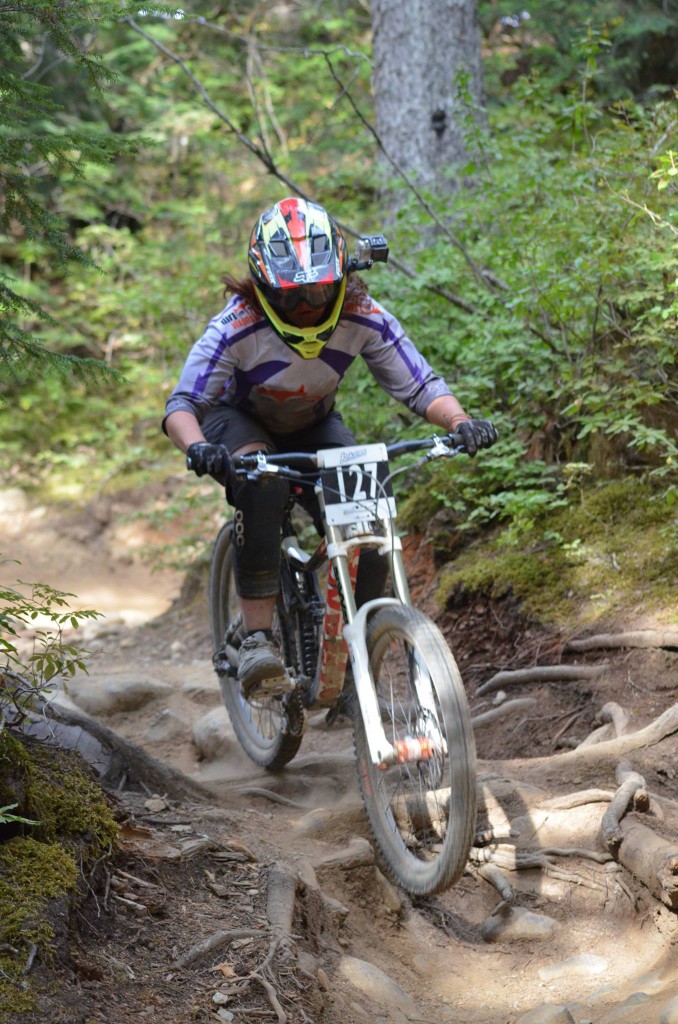 A merciless leg melter you could argue, running 3094 meters with some gruesome pedally sections, but some of the best tech in the park.

I managed to scramble a few practice runs in and just before descending for the last time down ‘Blue Velvet’, a wee chap flew down onto my front wheel, to wish me luck I mused, check out my GoPro footage below :)

A meaty race run but without a doubt, the most fun you can have on a bike, I was fully buzzing, if a little breathless, nothing a free beer token can’t relieve though ;)

Check out the Pinkbike race report for some splendid photography from Laurence Crossman-Emms. 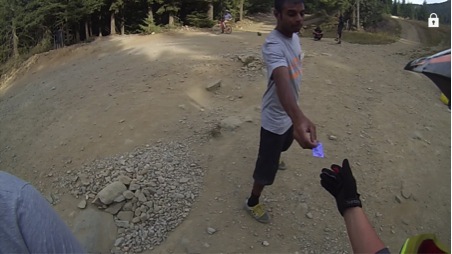 Free beer token for my efforts

A big bag of nerves and excitement, some of the Peak Leaders alumni headed off to get their kicks at the local Whistler Bungee, jumping 160ft over the glacial fed Cheakamus river. 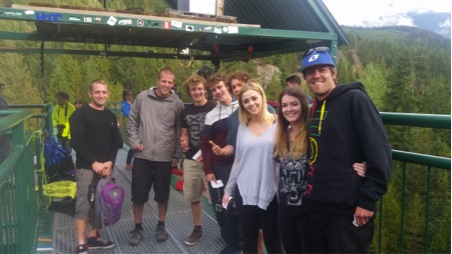 Some Peak Leaders Alumni before the jump

Here is some of the footage from Gavin, Max and Robs jumps …

Alas, the season is coming to a close soon, and people are starting to prepare for the winter season, or packing up and heading home to save and return next summer … but there’s always time for some more fun in the bike park before we go :)