Cheryl McClorey completed the Peak Leaders Whistler Bike Park Academy 3 week mountain bike coaching course back in May (read about it here) and is now living and blogging in Whistler for Peak Leaders (Coaches Camp 2015 blog). What’s it like spending the summer in the world’s best bike park? Read on for Cheryl’s third – and last ’til next spring – installment of “Whistler Life” …

Autumn in Whistler has fully unravelled over the last few weeks; evenings are closing in, the leaves are bursting oranges and reds all over the valley, park shuts at 5pm, wet rides are more frequent, no more weekday Creekside Gondola.

The mountain bike coaching season is coming to an end, perhaps symbolic of my imminent return to Scotland in 3 weeks time.

A myriad of emotions is catching all the Peak Leaders fam unawares.

Nervous, distraught, excited, gutted all come to mind, made even more real by the departure of Neil, Rob and Gavin… giving us all an unwanted reality check.

So what did we do to battle the impending doom? 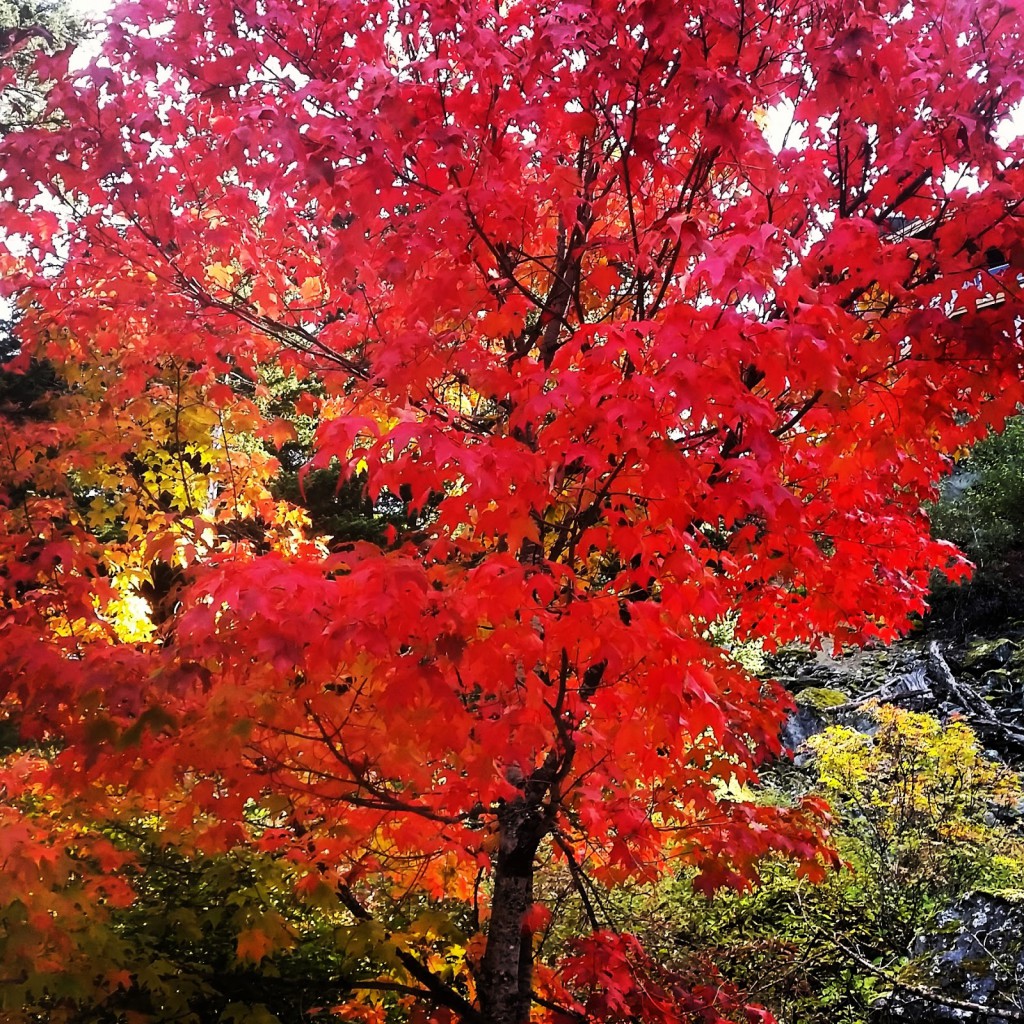 The vibrant fall colours of Whistler

Go big or go home! Well, we are going home, so we may as well go big!

While working the season as a mountain bike guide, one must be precautious about hitting the pro lines due to possible injury.

However, mountain bike coaching season has come to an end for most, so the boys wanted to hit the legendary “Crab Apple Hits”.

As it stands, our remaining members have made a list of the features and lines to hit before going home; “Filthy Ape”, “Fade to Black”, “Dwayne Johnson” … 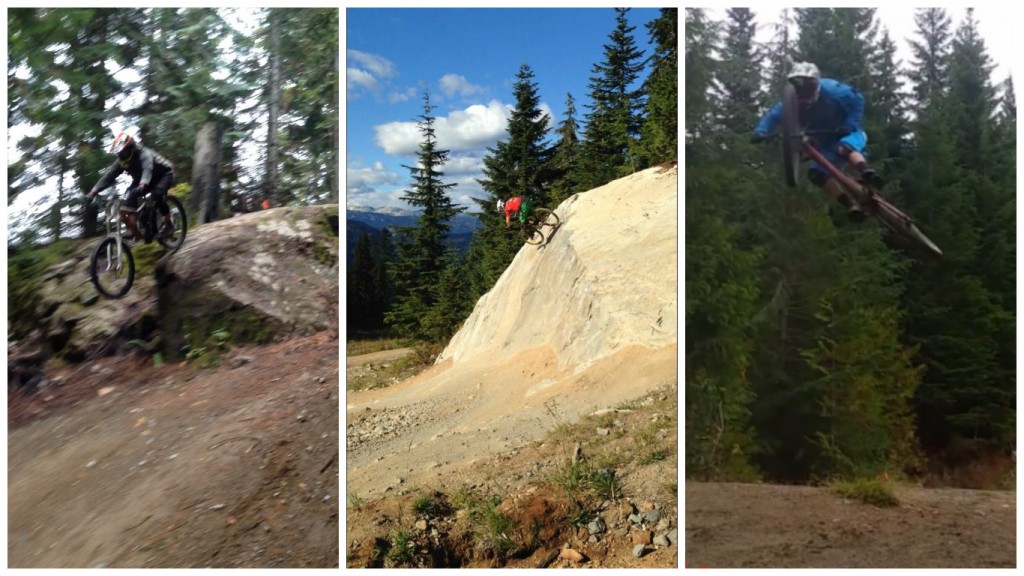 After a near six-week hiatus, autumn treated us to the return of the wildlife, just outside Brio Staff Housing – foraging for berries in the gardens was Mumma bear and her three cubs.

We received front row seats to this little show, where at one point Mumma bear and all three of her cubs were up this tiny berry tree. Always a privilege to see these majestic creatures.

One of the perks of a season mountain bike coaching is sharing the trails with these beautiful bears.  At this time of year they have to drastically increase their diet of berries and such to see them through the hibernation period, but it also means we need to reduce the risk of human caused conflict.

The guys over at Bear Smart BC do a fantastic job of educating residents and visitors about how to maximise human and bear safety. 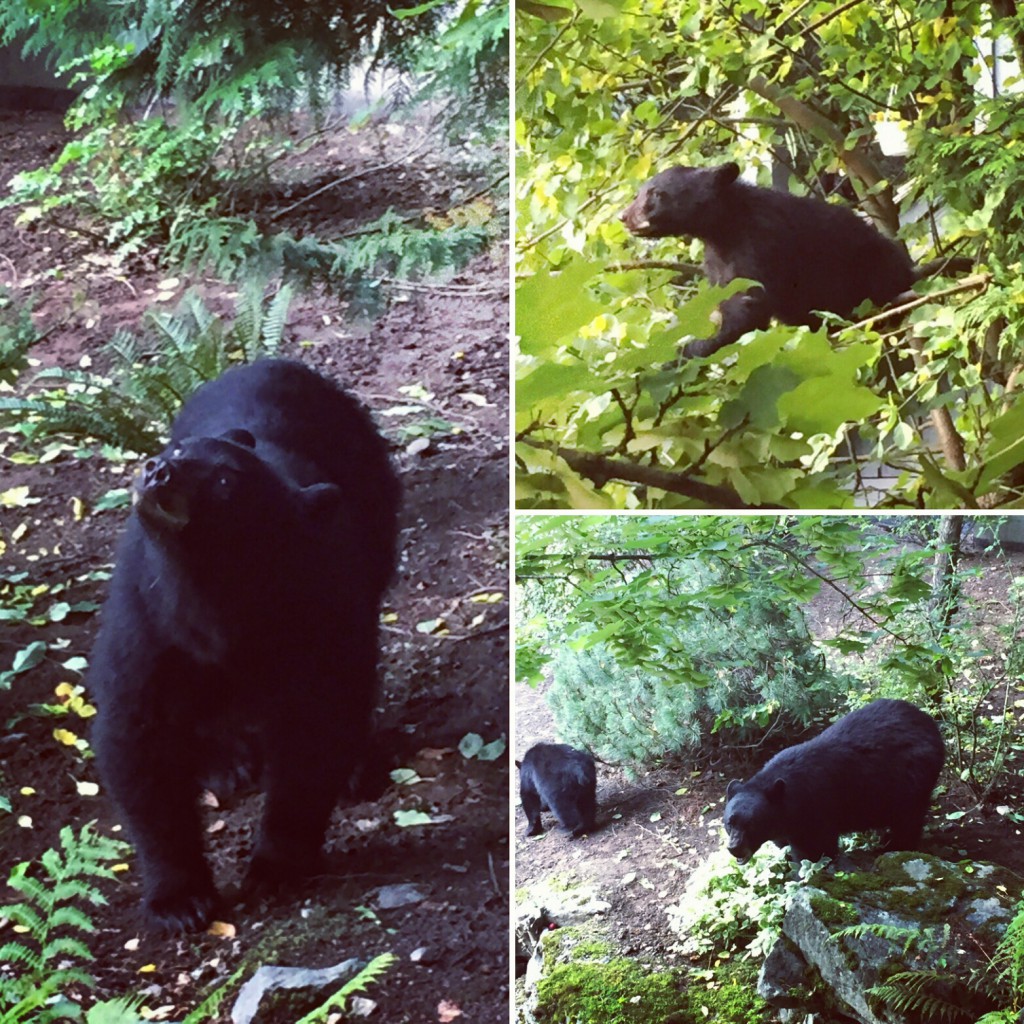 Mumma bear and her cubs

Finally made it to Squamish for a good four days of solid trail riding and car camping.

Over a week later and we are still fully buzzing about the local trail network…which we only saw a fraction of.

Arriving on the Sunday afternoon, we sussed out our bearings at Tantalus Bike Shop.

The guys there were super helpful, sorting us out with a trail map, some tubes and of course, we weren’t leaving without the aptly created “Straight Outta Squampton” stickers. 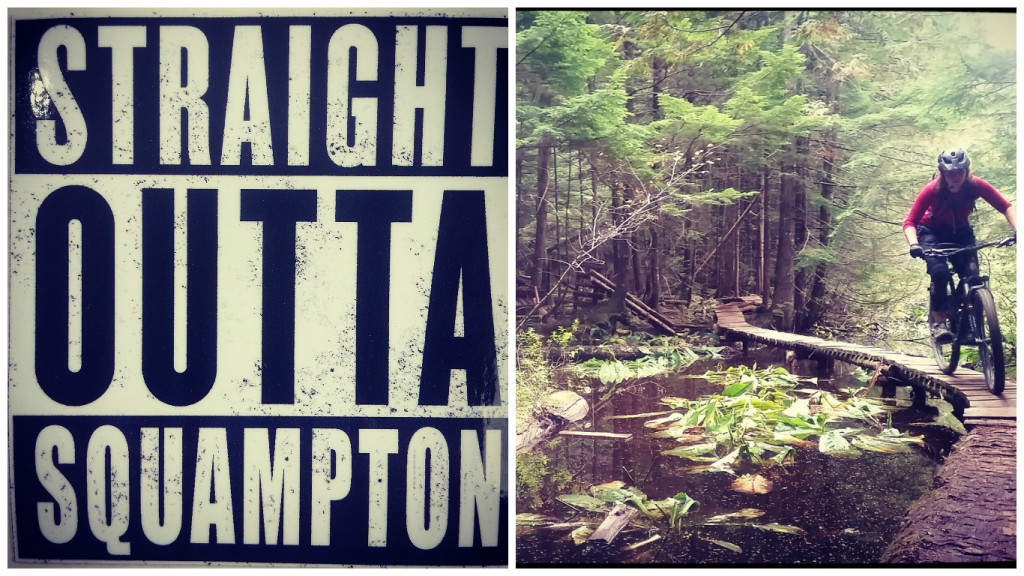 We took a little saunter up to legendary “Half Nelson”, spying a bear catching some salmon en route (BC life …).

I was met with a shock to the system … what’s all this climbing about, and why am I so slow?!?

Because, chairlifts make you lazy it would seem.

Nonetheless, the legs got a beasting and we arrived at the trailhead.

As one of the first government funded machine built trails, it certainly packs a punch.

You will ride this trail, and you will love it!

Next day, we went back up and did a little more, riding “Half Nelson”, “Recycle”, “Lowdown”, “Home Brew” (massive wooden gap jumps, took the bike for a walk on this one) and “Psuedotsuga”.

Best fun I’ve had in ages, you name it, fist bumps, high fives jeahs and woos … we did them all!

On the third day, we headed over to Brackendale to check out the recommended Republic Bicycles the guys there recommended Alice Lake, including relatively new trail “Rupert” and the superb “Entrails”.

We paced it up the steep, winding “50 Shades of Green” climb trail and met plenty of locals, who kindly pointed us in the right direction, with a few recommendations to boot. 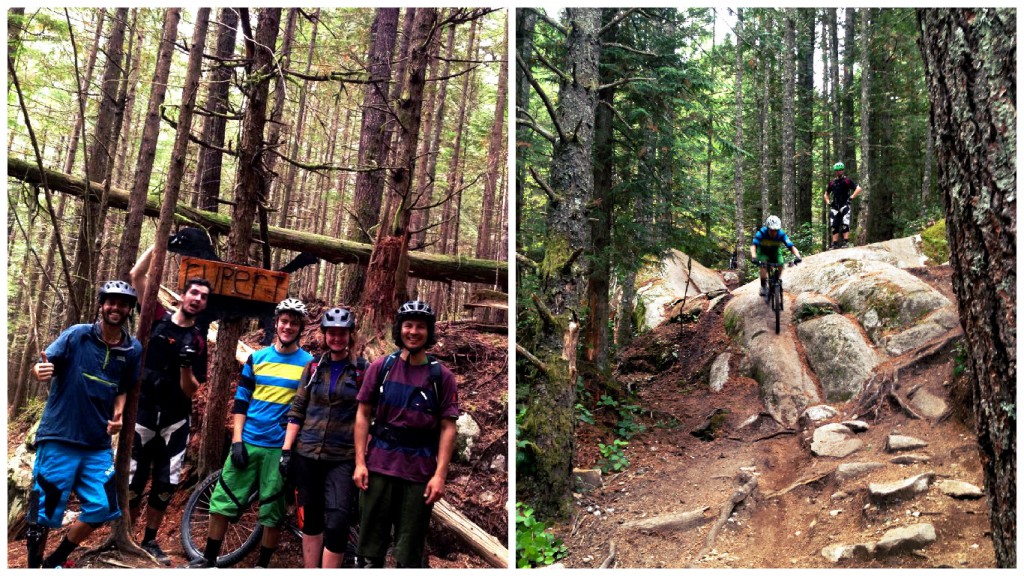 “Entrails” was an instant favourite met with rave reviews by all.

We loved it so much here, we decided to stick around and ride the trails again … and again, till our legs screamed “no more!!!”.

Racking up an astounding 3,700 meters of climbing and 100km of trail riding in 4 days, I’d say we smashed it.

Delirious with stoke and fatigue, a pizza beer combo sent us on our way to bed for a solid rest!

The end…for now (to be continued)

For now, I will be ending the season with more trail riding, park laps and goodbyes.

Looking forward to riding the trails back home and really testing how much a season in Whistler has transformed my skills.

If you love riding, then do one thing next summer, get on the Peak Leaders MTB course and spend the most incredible summer of your life here in Whistler.

Want to get your mountain bike coaching certificates in 2016?