Week 9 in Saas Fee and the snow arrived big time. BASI Level 2  exam time has amped up the pressure just a bit. One more week to go… here’s course leader Steve with the update…

Time to step up: BASI Level 2

It’s all change this week in Saas Fee as we begin BASI Level 2 exams with the trainers David Walton, Jon Gass and Rob Norton – time to step up and show what you got.

BASI are here to provide more incredible training over the final two weeks of the course… and more importantly: to decide who’s at the level. 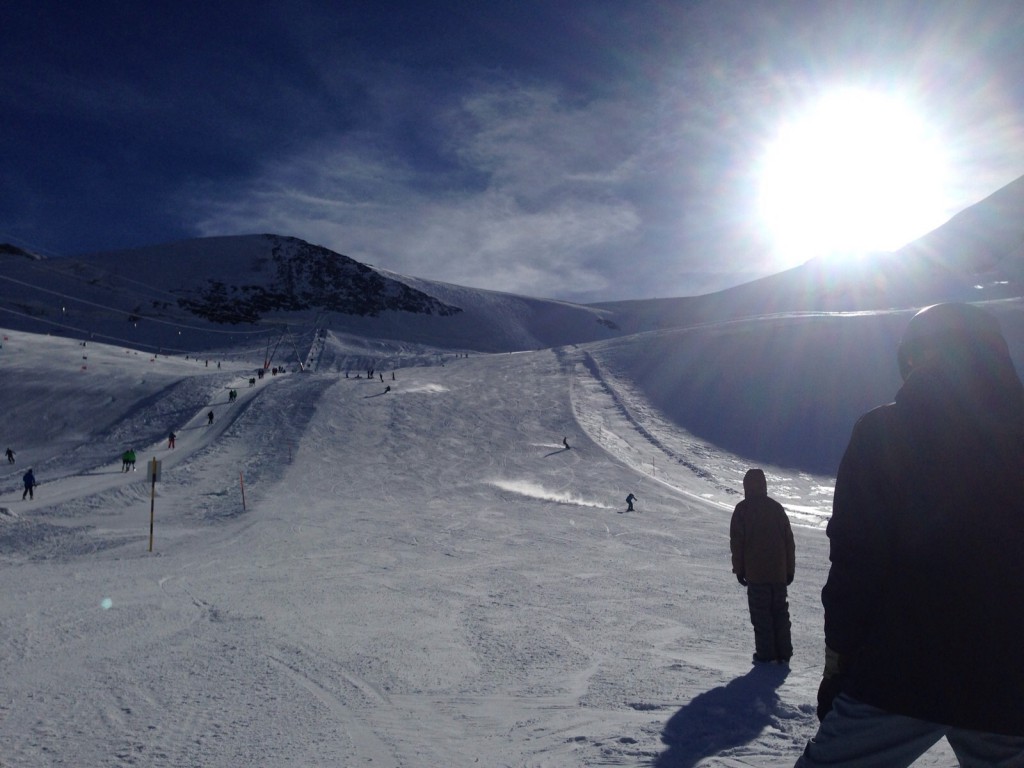 Time to put it all in action, the infamous BASI Level 2 “show us what ya got!” t-bar laps

Unsurprisingly, there is a bit more pressure at this late stage of the course as everyone is hoping to shine when it matters most.

However, everyone’s confident and wants to show off all the fantastic improvements they have made over the previous eight weeks preparing for BASI Level 2 with Emma and Jake (Element Concept) and Gibbo (ES Ride). 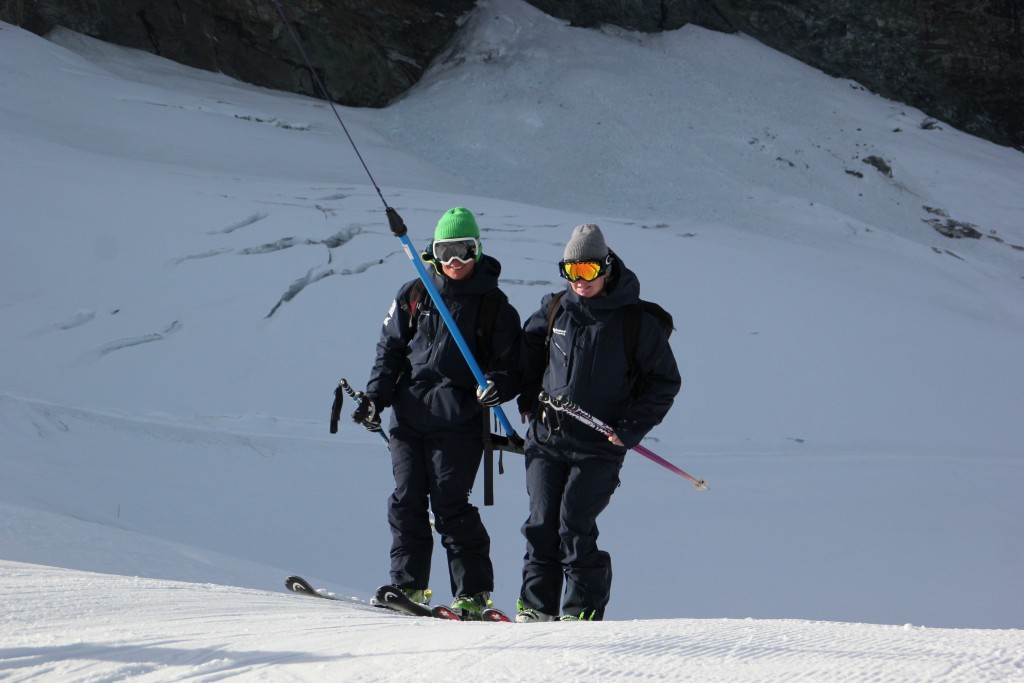 Element’s Emma and Jake: gone but not forgotten

However I’m amazed at how cool and calm the groups are, it’s refreshing to see focus rather than panic which is something that has really been worked on from the beginning of the course!

The pistes have been kind to us for the first few days this week as we were seeing a big drop in temperature and some clouds beginning to roll in.

This is in stark contract to the previous four weeks which has been largely sunny with blue skies and comfortable temperatures! 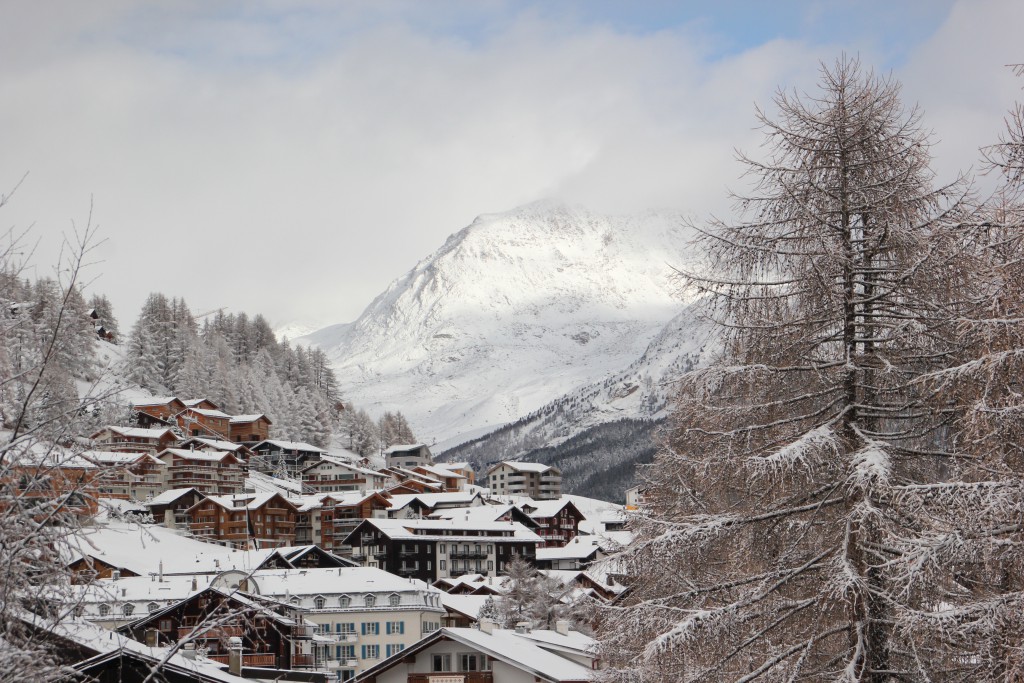 You must have read about El Nino, spotted the weather forecasts or seen the hundreds of photos dominating social media this week. 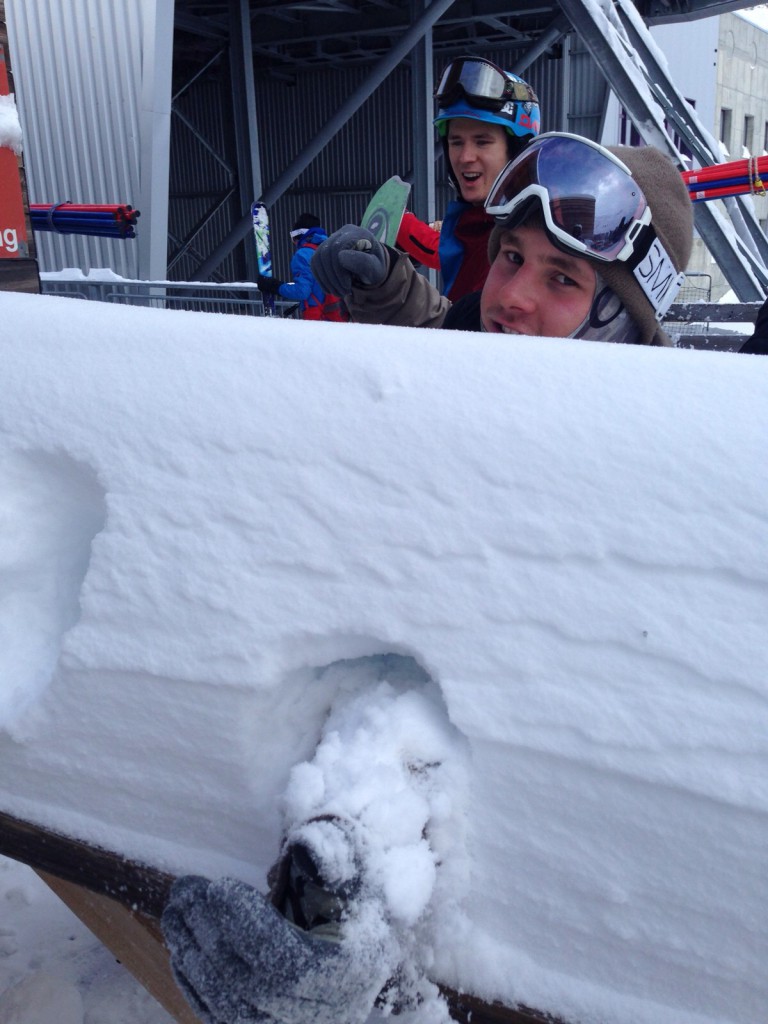 How much snow? This much!?!

As the temperatures dropped and the storm clouds built up, we decided to batten down the hatches and take an early weekend which coincided nicely with Popcorn’s 22nd Birthday party.

Popcorn isn’t a new ‘quirky’ trainee, it’s the local bar/club in Saas Fee that has been like a second home for some of the team this year!

A good night was had by all… but not too many people surfaced early on Friday morning for some reason.

We had a few visitors on Friday evening; the lovely Mhairi and Lorna from Peak Leaders. 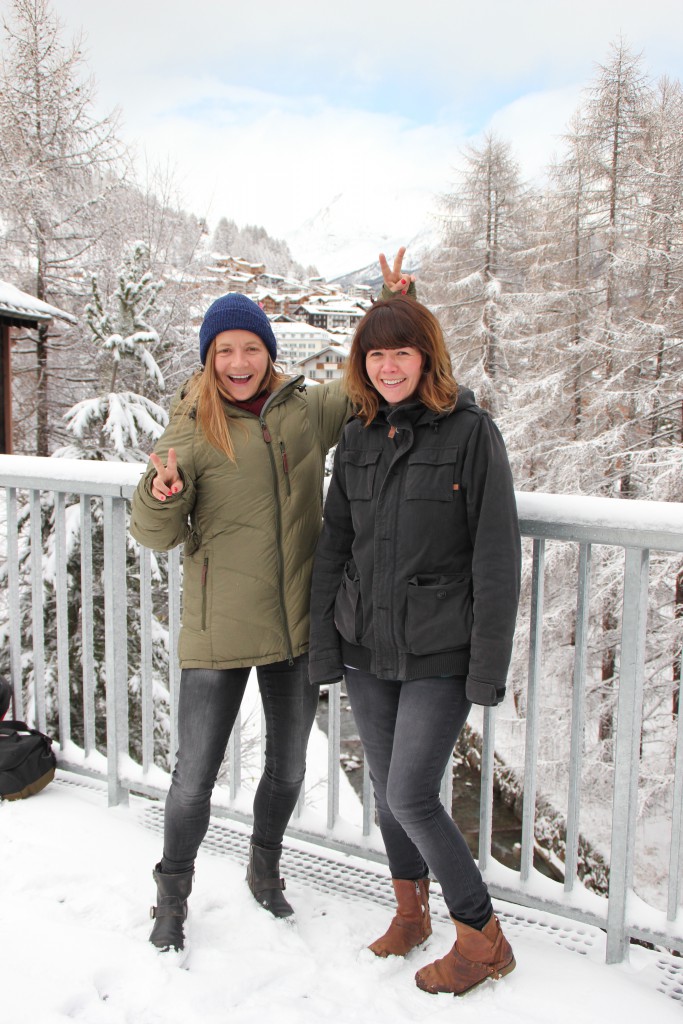 Mhairi and Lorna: always peace and love from Peak Leaders

Mhairi and Lorna had stopped by during a whirlwind tour of the alps to meet this years trainees and seemingly to bring winter to Saas Fee (for that we are all truly grateful!). 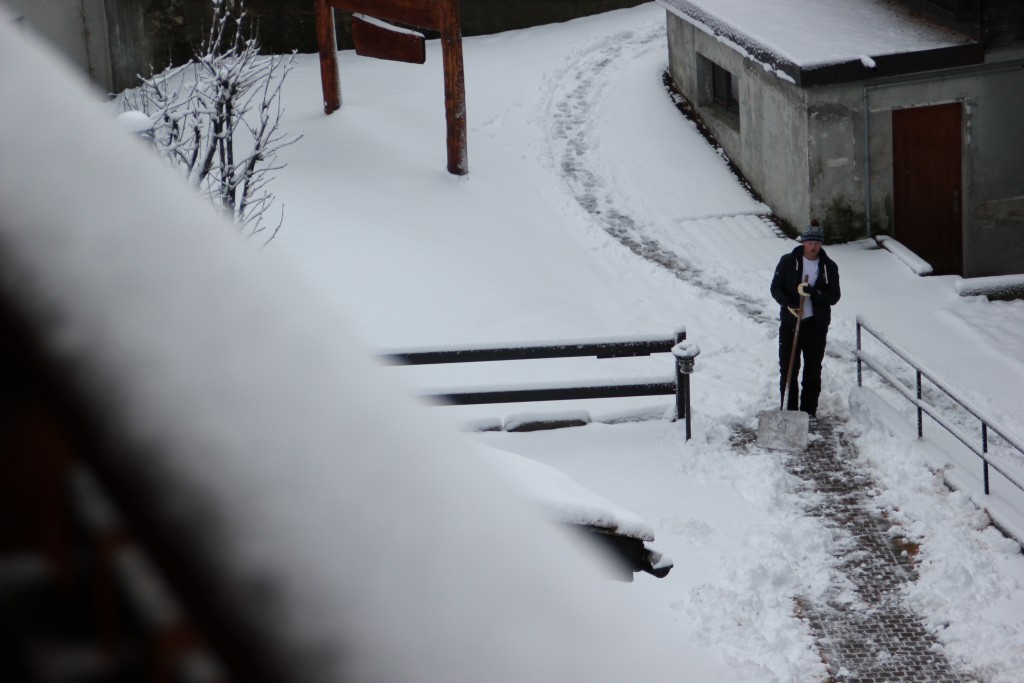 Special mention goes out to James:  manual labor for the first time clearing snow outside the hotel!

As all the fresh snow was being prepared on the mountain we took the chance to have a relaxing Saturday.

We headed along to the Micro-bowl for chilled games of table tennis, bowling and table football. 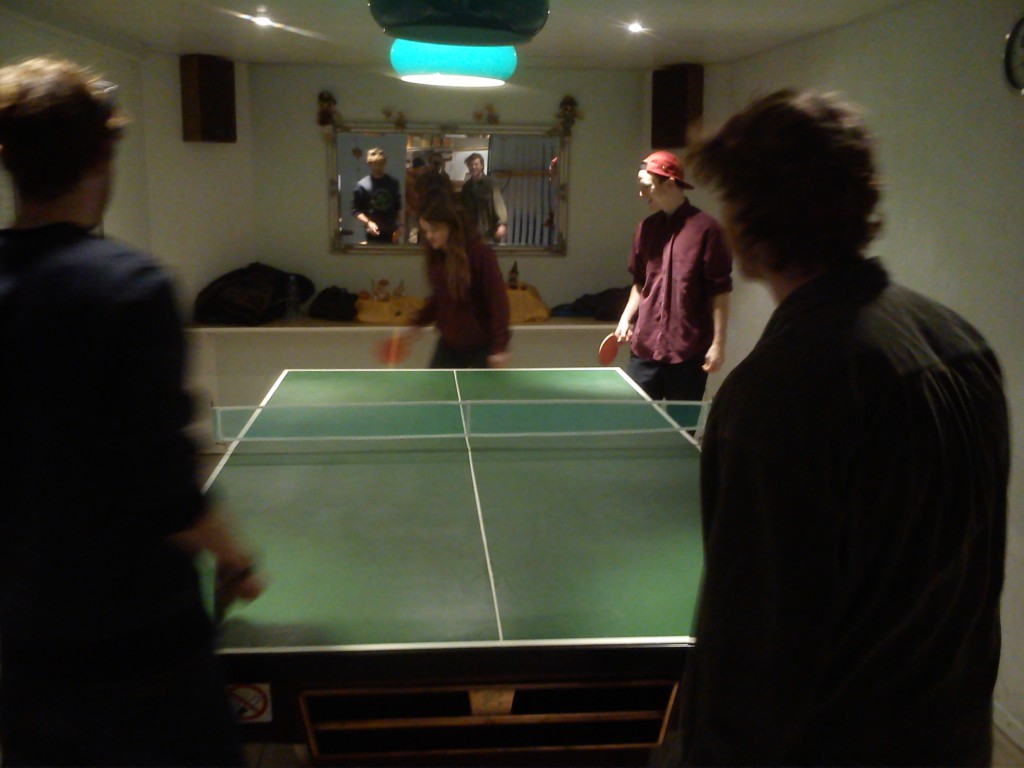 Setting up for the smash!

Taking some time to relax is what down days in ski resorts are all about… especially after a big night… and with the added pressure of BASI Level 2. 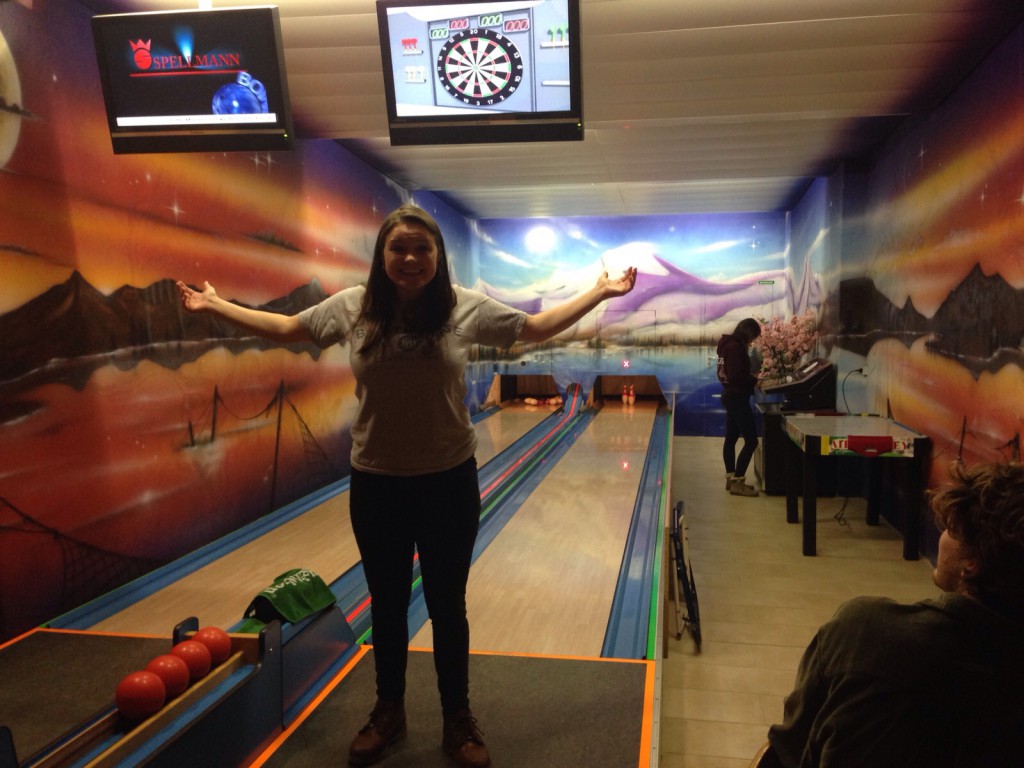 Bowled over at the Micro-Bowl

Sunday was a great end to the week, everyone ventured up to the glacier with the trainers to scope out the new snow and trust me there’s a lot of it! 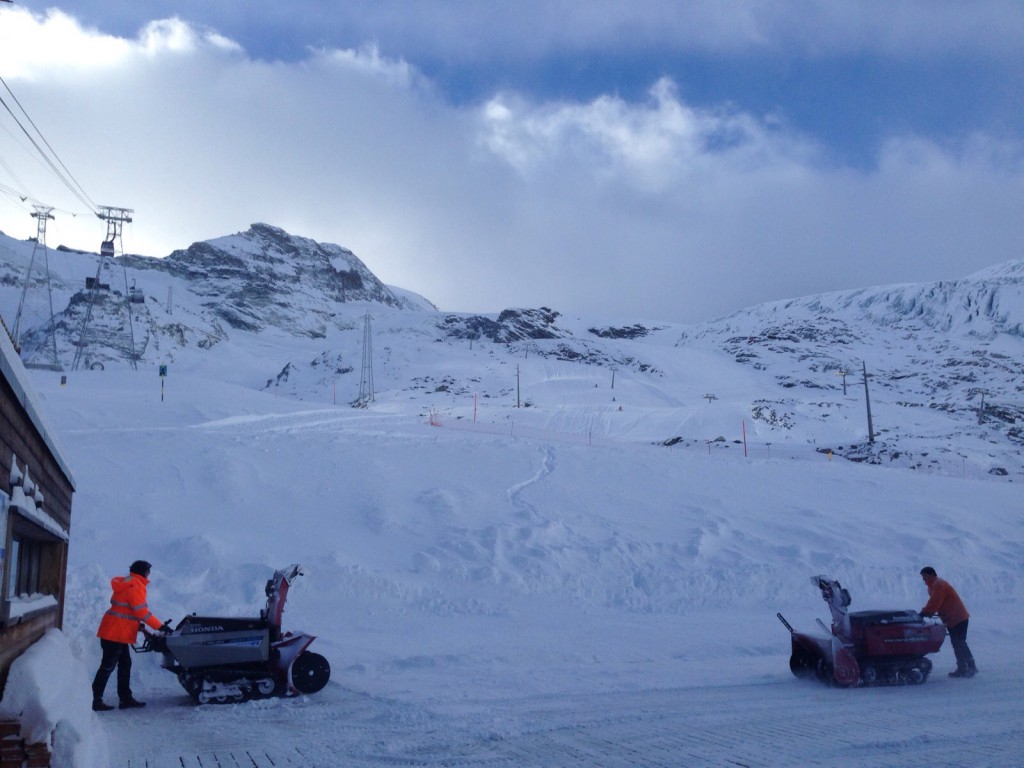 Sadly we only have one more week left here in Saas Fee as the course gradually comes to a close.

However this is not the end, it is simply the beginning!

Jobs for all this winter

Everybody who was hoping to secure a job for winter has managed to get themselves set up within ski schools around the world which is a testament to how much effort they have put into this course. 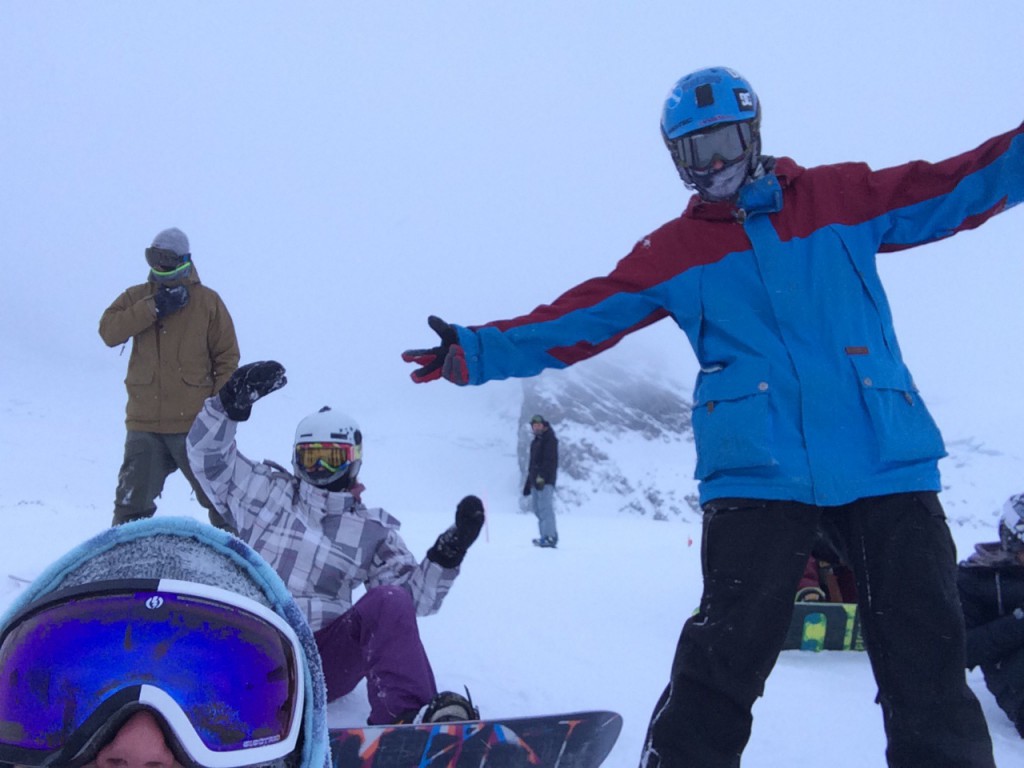 Play hard, work hard – jobs for all in Saas Fee once the course ends

Next week we will go for the final push on the mountain in the BASI Level 2 assessment, enjoy more fresh snow which has been forecast for midweek and party hard at The Dom Bar on Friday to celebrate!