Week 3 in Austria and sunny skies and cold temperatures mean plenty of snow (from the cannons). Here’s Tom group leader on the St Anton ski instructor course 2015 with all the news…

Another beautiful week for our trainees on the 4 week St Anton ski instructor course.

We’ve had low temperatures at night so the snow cannons can keep pumping out snow. 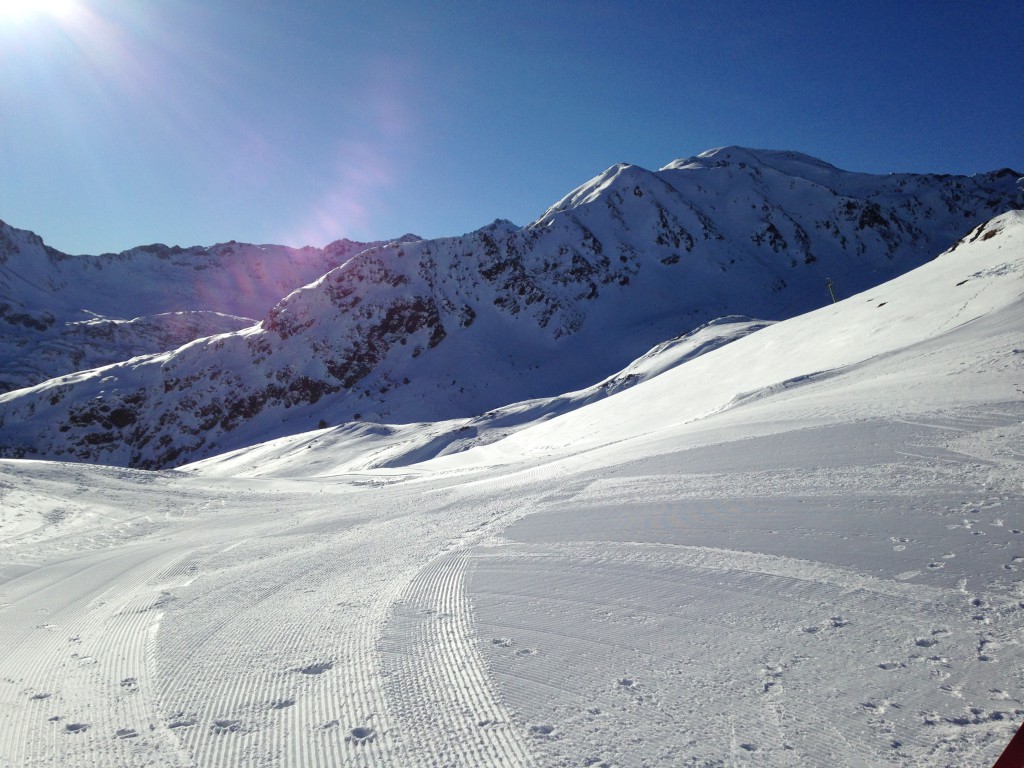 Is there any better place to wake up in the morning other than St Anton? … the group certainly doesn’t think so!

This week the trainees were fully focussed on the Anwärter (Austrian ski instructor association) course.

They soon realised there was loads to learn about the local ski industry, what to do and how to react in avalanches, the construction of skis, and teaching children to ski.

All the group definitely enjoyed acting like kids to demonstrate that children learn differently … and some of the group were more than happy to let their inner child out! 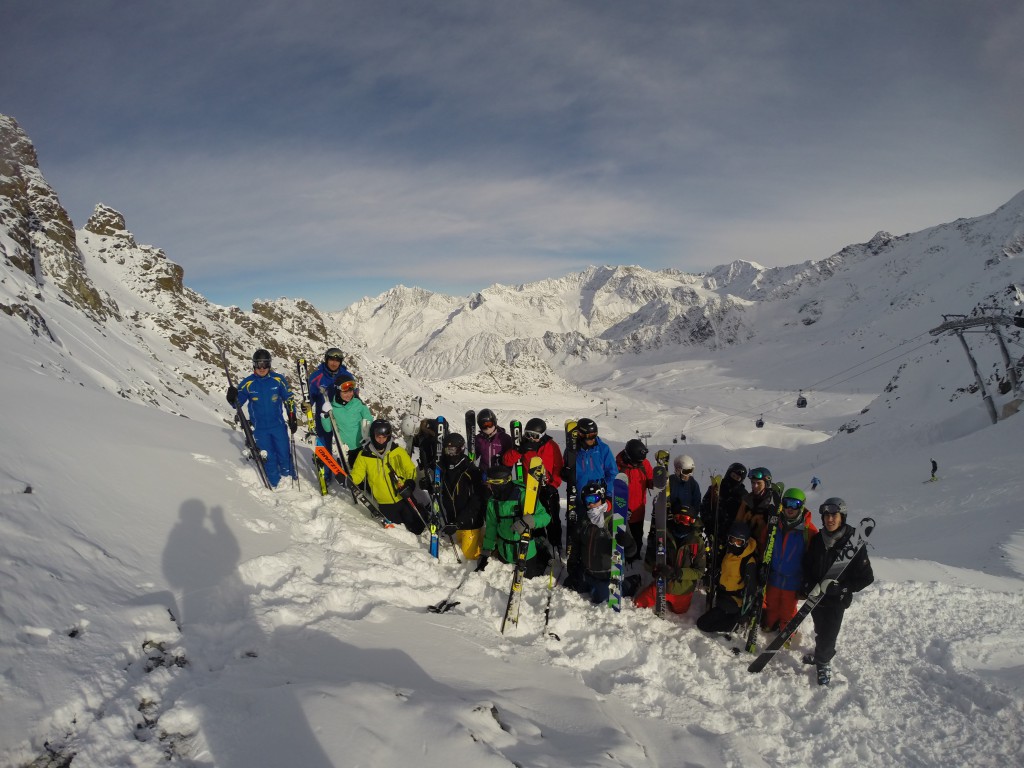 Plenty of fun was had on the Anwärter ski instructor course

This week we also did moonlight ski touring; which meant hiring specialist ski gear so we could “hike n ski” up the mountain.

Most had never done it before, however after 10 minutes of instruction (and a lot of laughs!) from our coaches Frank and Fossi from the Ski School Arlberg the trainees were naturals.

In fact, the group were so good they ended up climbing faster than the coaches were expecting – what normally takes an hour and a half, the group did in an hour and ten minutes.

On top of the world!

Once we’d caught our breath and shared a celebration drink, it was time to ski back down to St Anton with a sense of pride knowing that they climbed a mountain after a full day of skiing.

Luckily the snow groomers had finished so the ski down was quiet and easy, welcomed after such a long day.

George summed it up perfectly: “Even though I could only see 10 meters in front of me, that was the best run I have had so far.”

At the bottom there were High-5’s being thrown everywhere and smiles that kept beaming till long into the night.

Only a couple more days

Not many more days left on the Anwärter course, however we’ve reached the business end and the group have to show they’re prepared.

That means everyone has to ski at instructor level, teach a lesson in German and pass a written test in German.

The end is near however everyone is still working hard to get the most out of it.

Getting to grips with “angulation” on the Anwärter course

We have had some time out though to, and the group have been practising some one-legged skiing which I think Alex still needs some work on!!

And last but not least, the pub quiz has shown that Charlie is so far undefeated … but the final one is the big one … where the course champion will be crowned!!!