Daniel Thomson enrolled as a trainee instructor on Peak Leaders’ Saas Fee ski instructor course in September 2015. Now, 8 months after completing the course Daniel and girlfriend Gabi are doing their second season in the land down under. 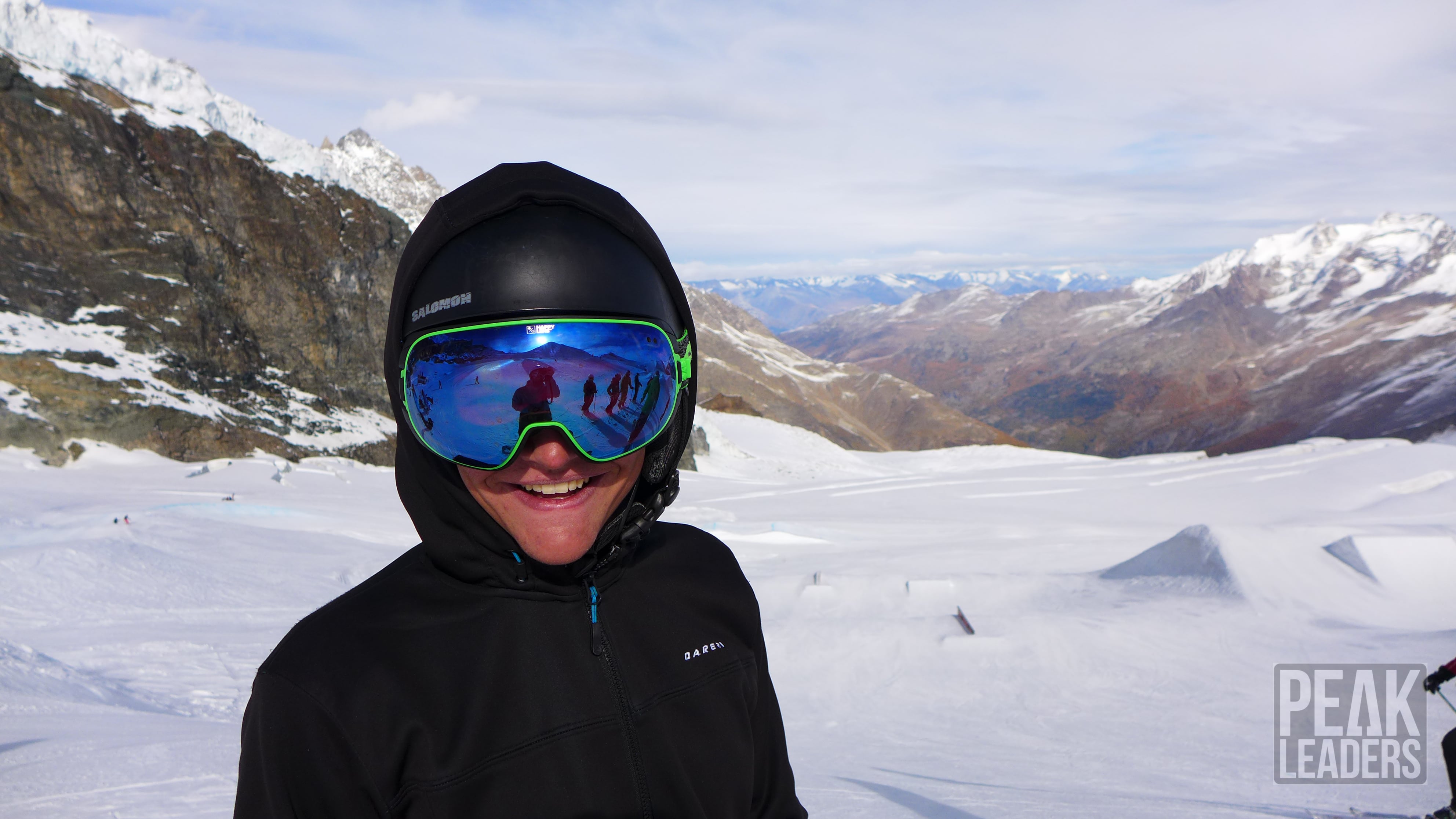 What made you decide to do a ski instructor course?

I’d always wanted to do one – one of my friends actually did Peak Leaders before. Ski instructing was always a job that I’d wanted to do. In the back of my mind, it didn’t really seem like a real job so I was like “I’ll give normal life a go and then sack that off”.

What have you done since completing the course?

Worked in Myoko, Japan. Went to Tokyo for two weeks, chilled out in Tokyo which was awesome then flew straight to Australia then hung out near Cairns for a month and a half until we had the hiring clinic at Falls Creek then came down to Falls, got the job and then we’ve been here since. 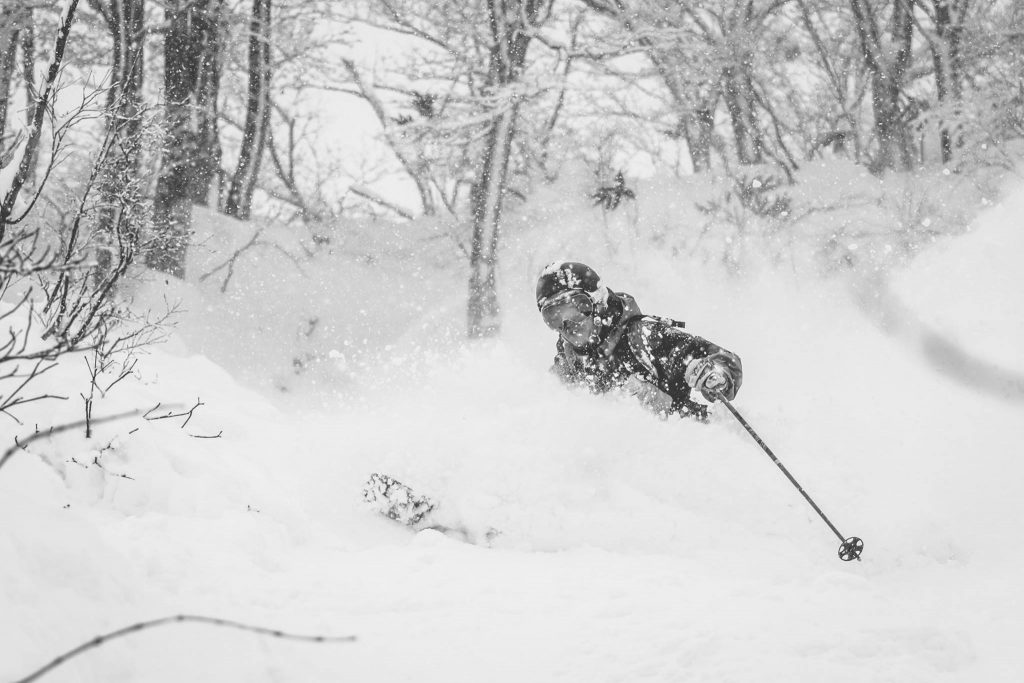 Let’s backtrack for a moment! What made you choose Peak Leaders’ Saas Fee course?

Saas-Fee course in particular because I was going to do it to get a job rather than to do it to spend a Gap Year. So it allowed me to go and get the job afterwards. That was the main reason. 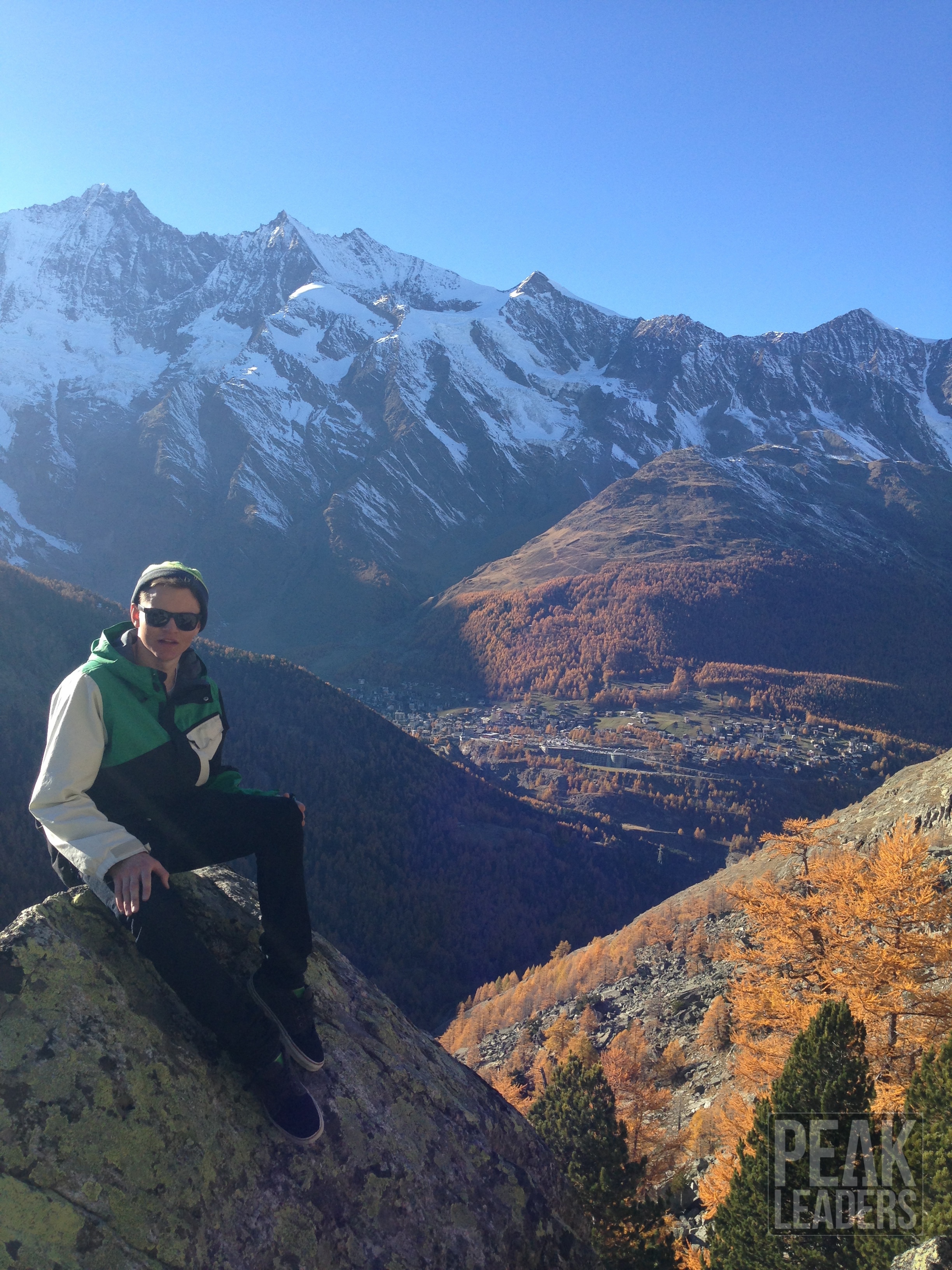 High above the village of Saas Fee

How much preparation had you done before the course and did you feel it was enough?

I skied since I was 4 or whatever so I felt pretty confident in my skiing so I was like “oh yeah the skiing, that’ll be a breeze” which it was not! Apart from that, they gave us the fitness stuff that they recommended you do and that was essentially all I did in terms of preparation. I didn’t read up on anything but I definitely did all the fitness stuff which helped me a lot. Jake said I was the fittest on the course so, you know… 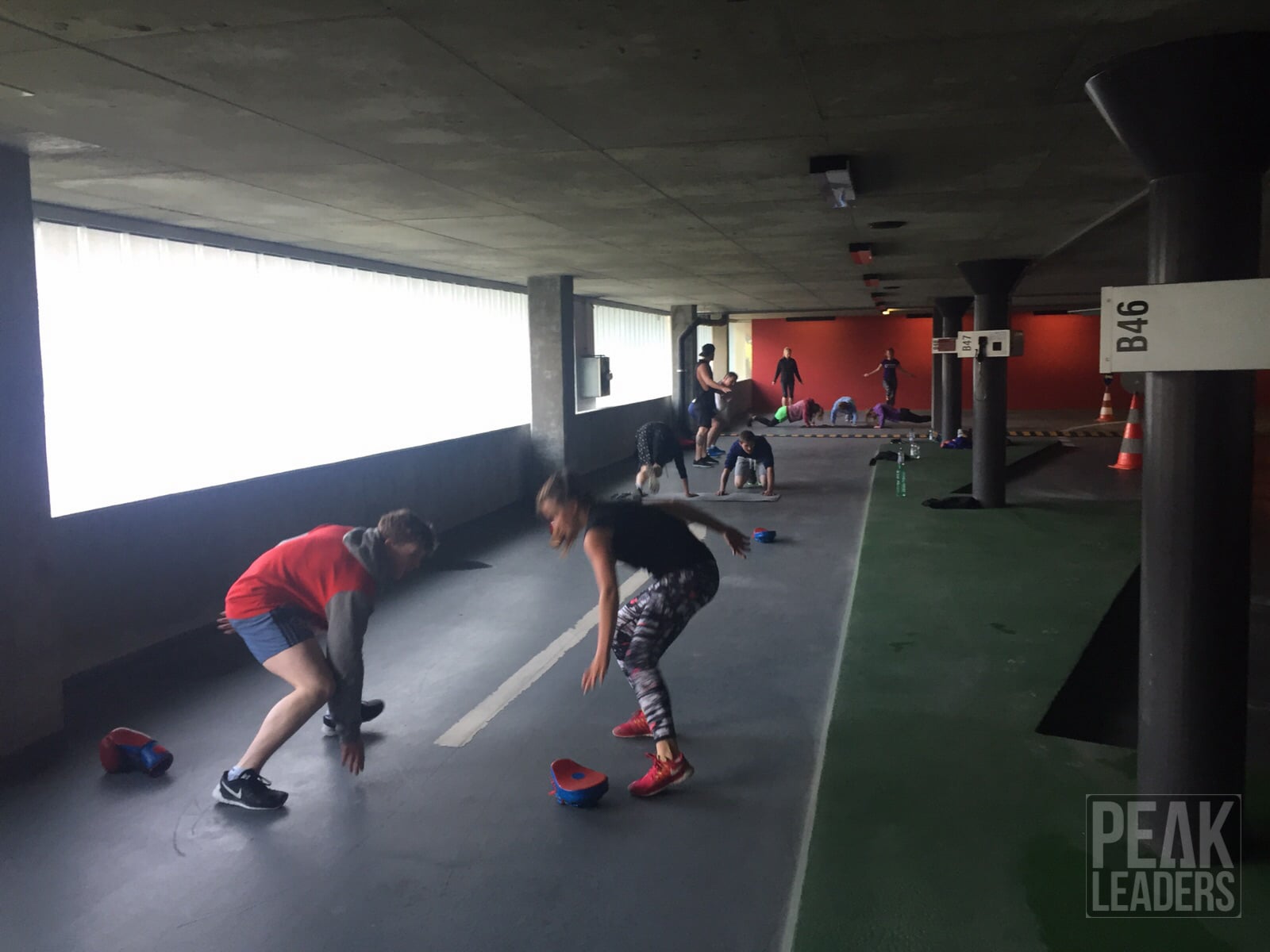 Who trained you and what was the best thing about the training?

Emma and Jake. That course was the best that I’ve ever felt! I was actually fit and going out every day, getting up at a decent time, skiing all day and feeling tired at night because I’ve actually done something. I miss it a lot and I’d love to do another course like that. 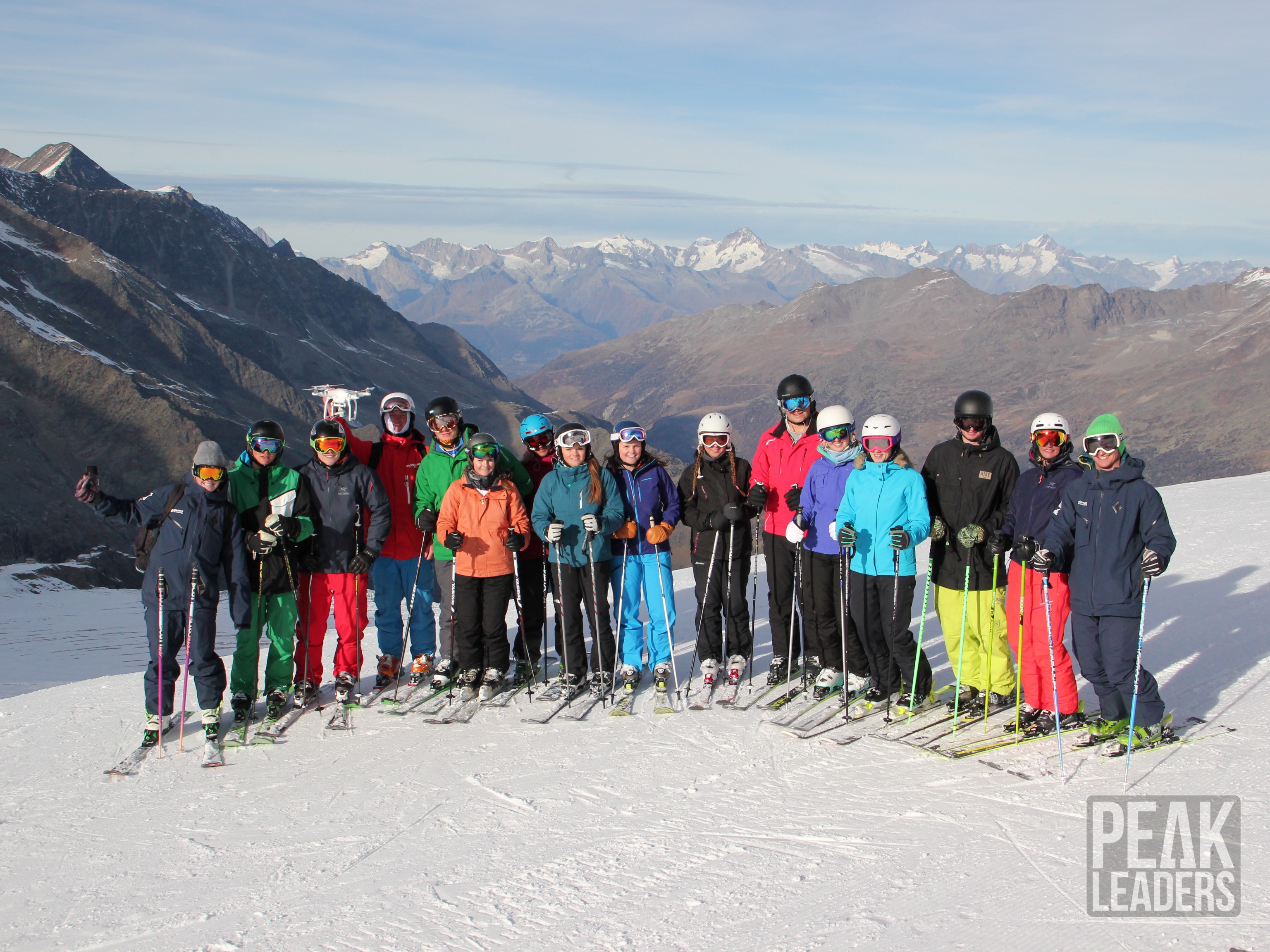 The 2015 Peak Leaders ski team alongside trainers Emma and Jake

How did you enjoy the group dynamic – did you meet any nice people?

Well, obviously this is quite a good one because I’m sat here with Gabrielle. That was my real goal! It was huge for me because obviously I met Gabi, and also met Lynnley which has been absolutely amazing because we went to Japan, then came to Australia and stayed with Lynnley and her family for a month and a half. They’re the nicest people I’ve ever met. So in Lynnley I met a friend for life. With Saas Fee, maybe more than the others there’s some people who are really set on the work side so we obviously all became friends and the three of us were all planning to go and work and make a career out of it. 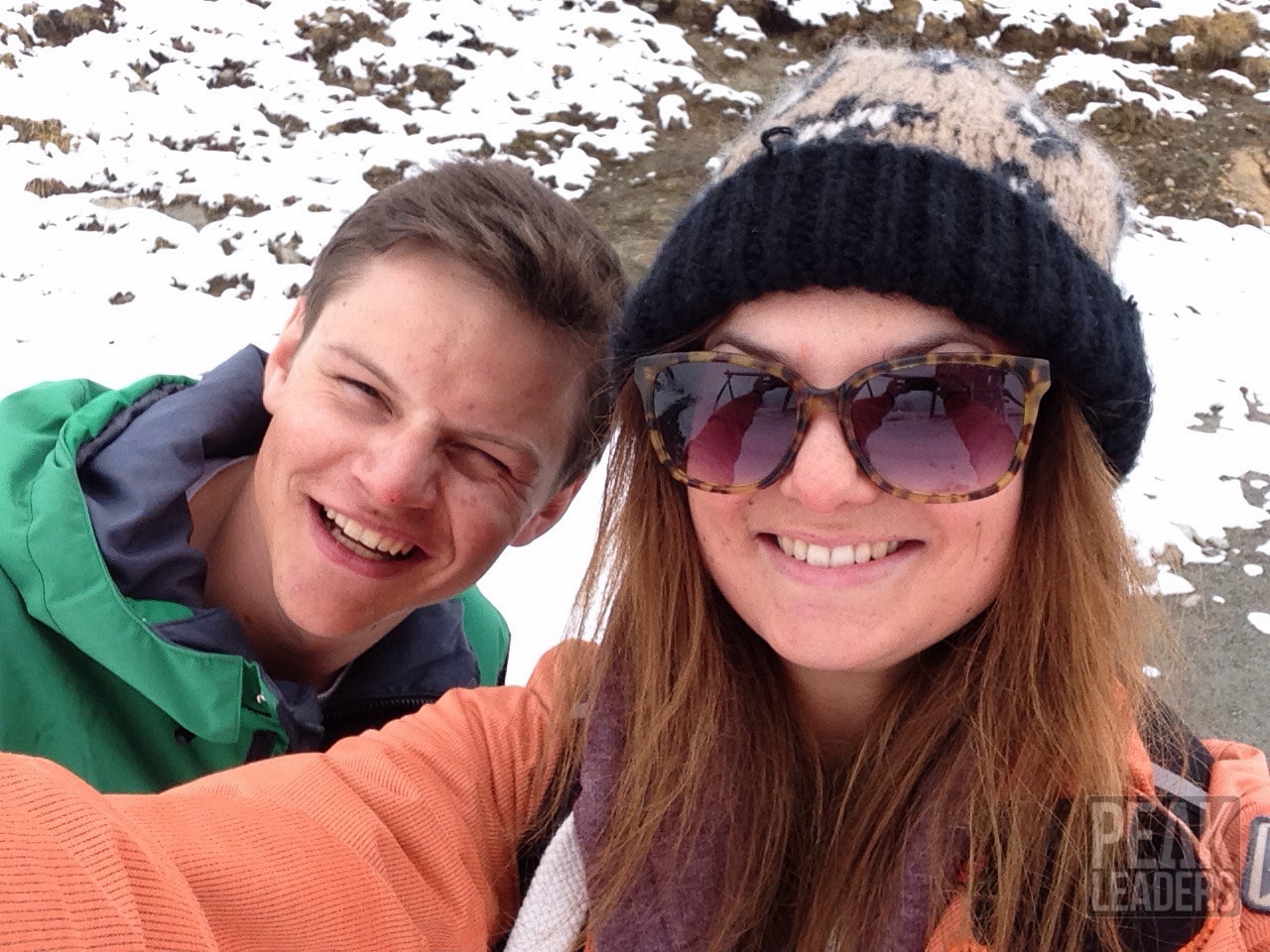 Daniel and Gabi met on the course (aww….)

Where did you stay and what did you think about the accommodation?

Park Hotel was awesome, oh my god. Getting fed was just amazing. Park Hotel is absolutely sweet. I complained about the WiFi at the time but actually, the WiFi was ridiculously good. Since then I’ve been in Japan where we didn’t have WiFi for like 2 weeks and then we came here (Falls Creek, Australia) and we literally never have WiFi in our accommodation. So yeah that was actually fine and that would be my only complaint! 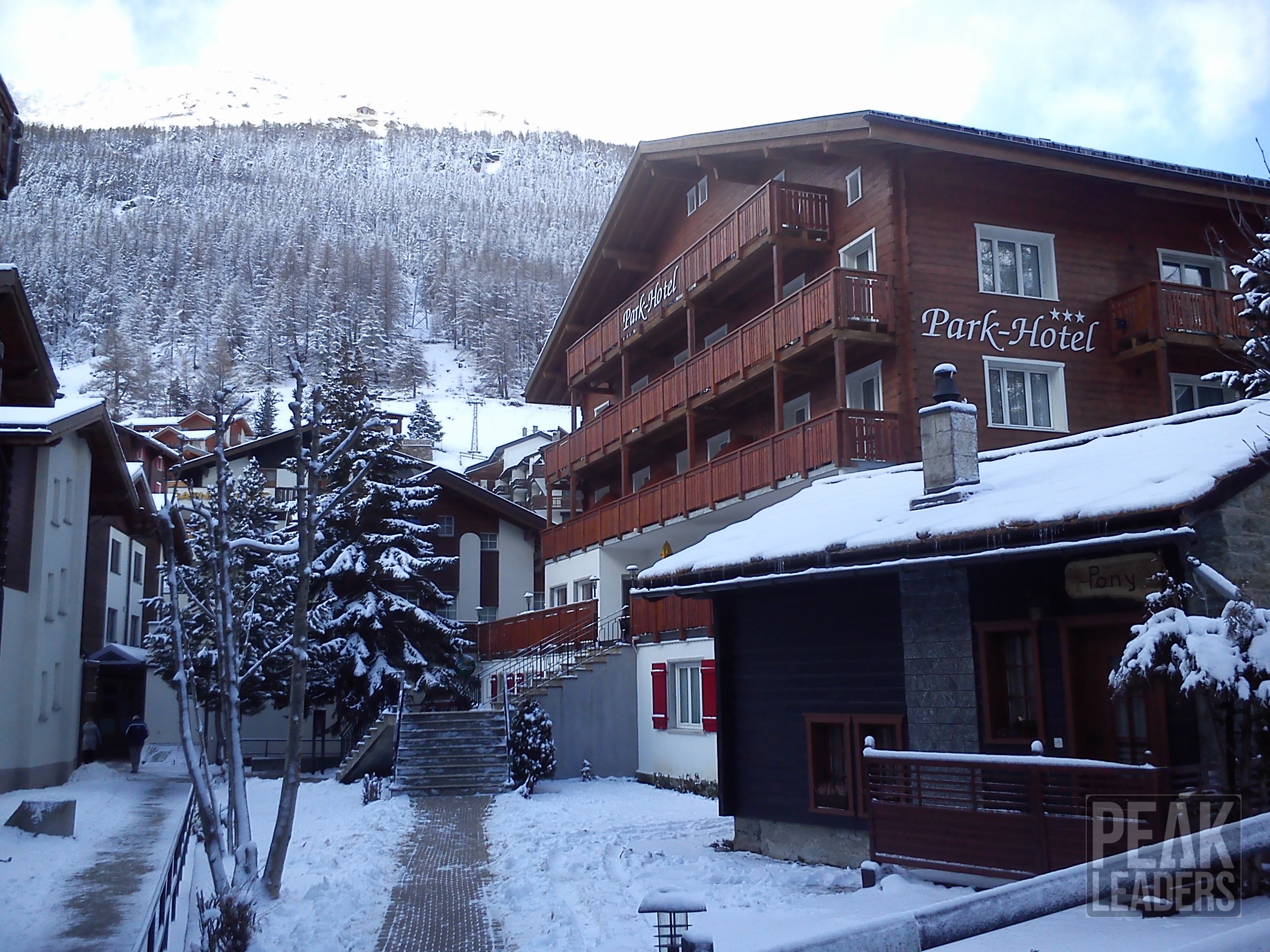 What sort of activities/trips were available off the mountain during the Ski Instructor Course?

There were loads of things to do. Since we went to Japan and there wasn’t anything to do when there was no snow, I remember Gabi saying that it really just made you realise how much there was to do in Saas-Fee! Like, there was unlimited stuff to do. You can go out for a walk and it’s probably the nicest walk you’ve ever been on. There were all the ordinary things like football and volleyball – and then there was our hike which took about 7 hours! I’m pretty surprised that I would do that… 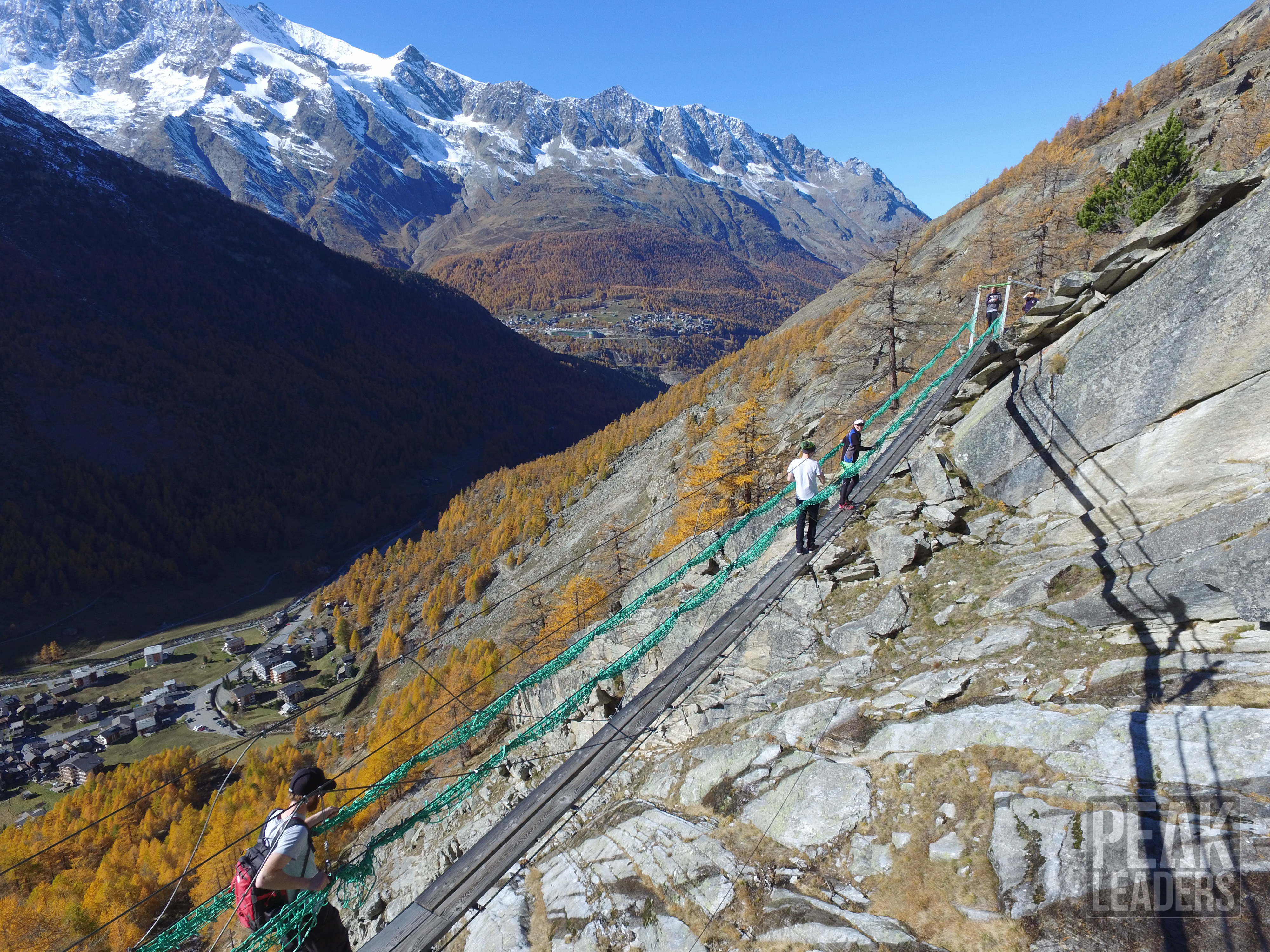 The 7-hour hike or ‘Sunday Stroll’ 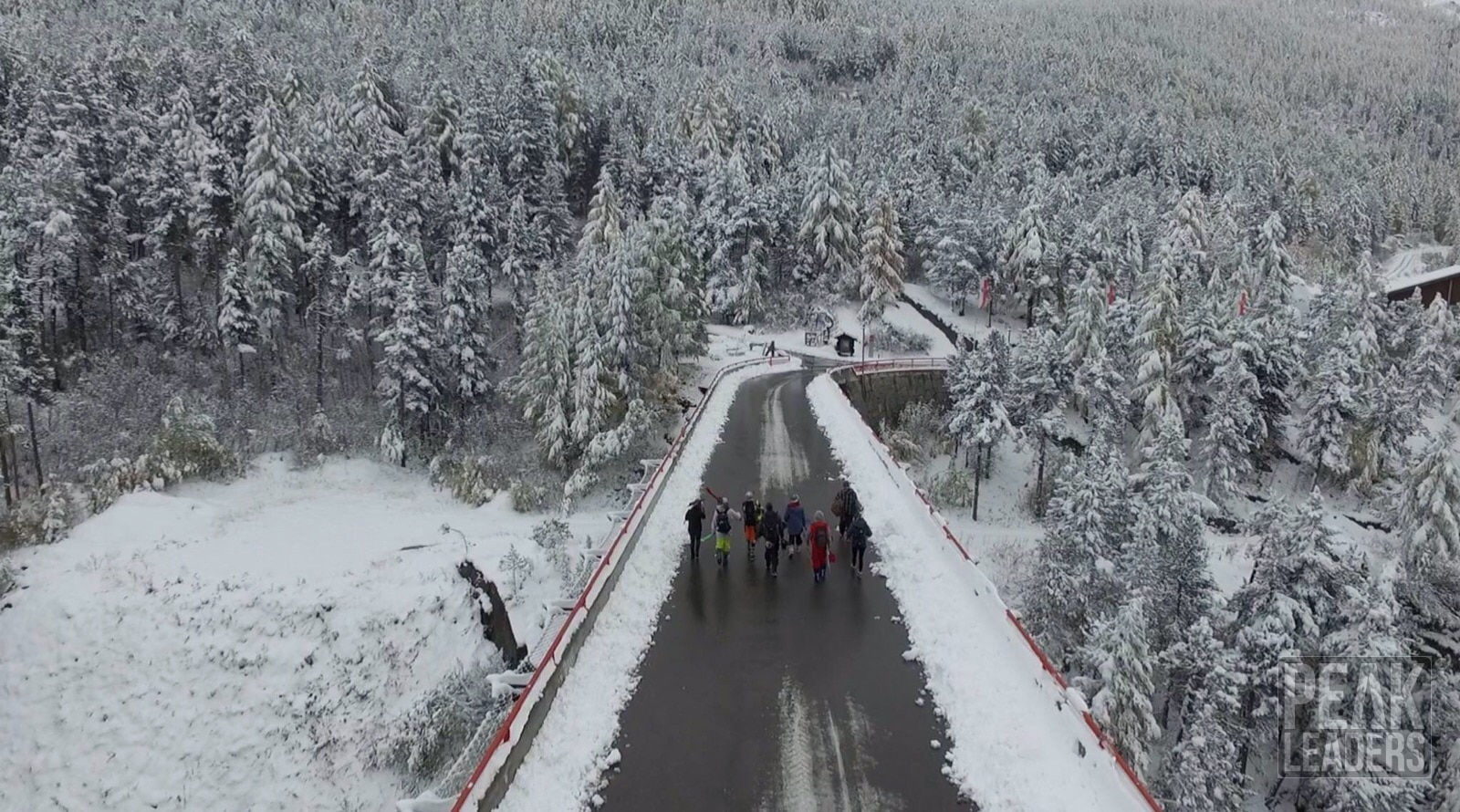 Describe a typical day (if there was one)?

The typical day changed – morning meetings, then skiing all morning then coming back and doing various things in the afternoon. Some days we’d go for beers because it was practically summer still, I was getting a tan. That was awesome! It was literally summer. Oh, my god, it was actually too hot at times. And you’ve got your own balcony in Park Hotel – living the dream! 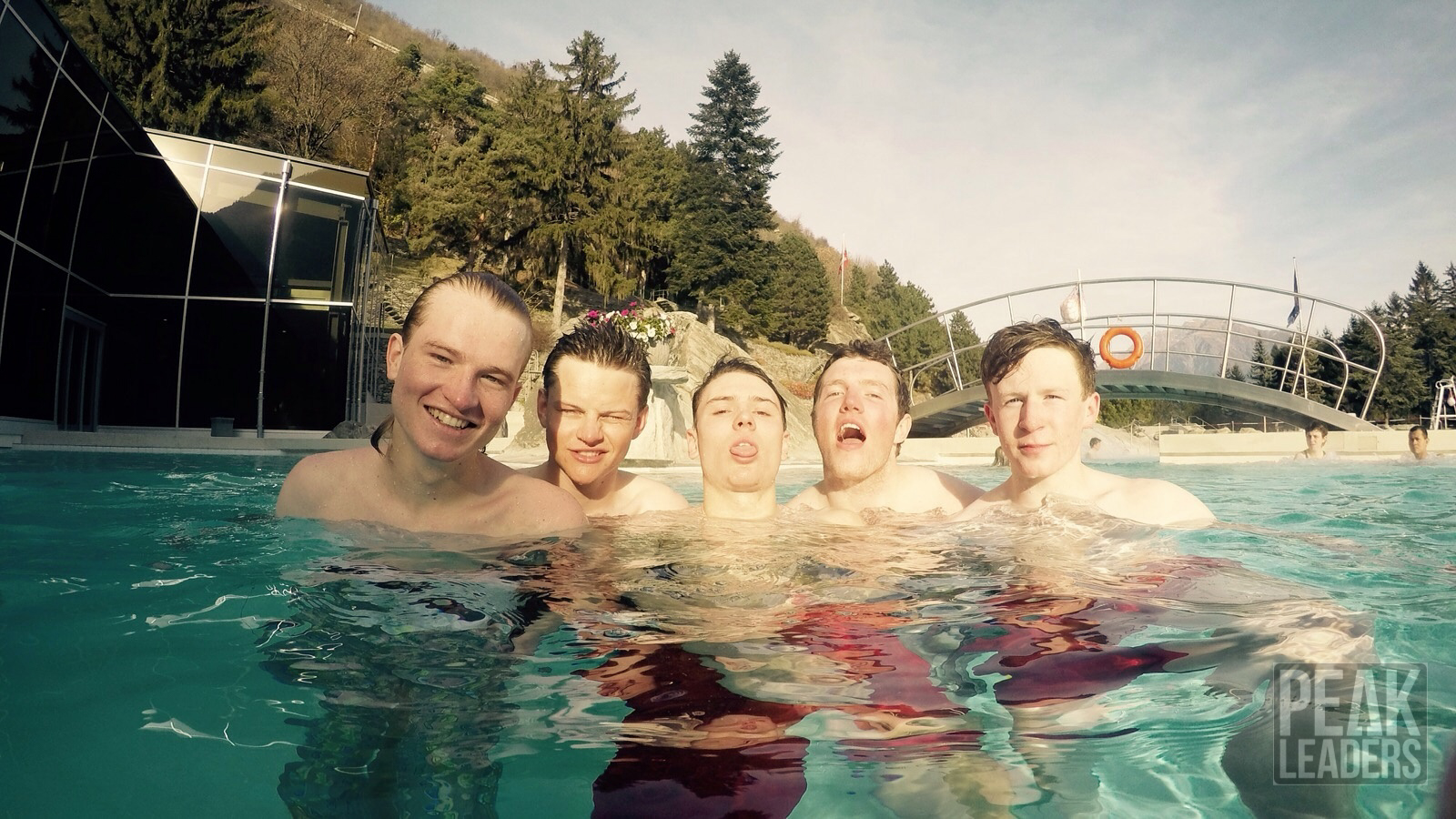 Chilling in the largest pool in the Alps

What were the snow conditions like throughout the course?

We got a bit of powder which was really nice mid-October. So we got some powder days which was awesome and I 100% did not expect to ever get that at that time of year! I didn’t think that would happen. 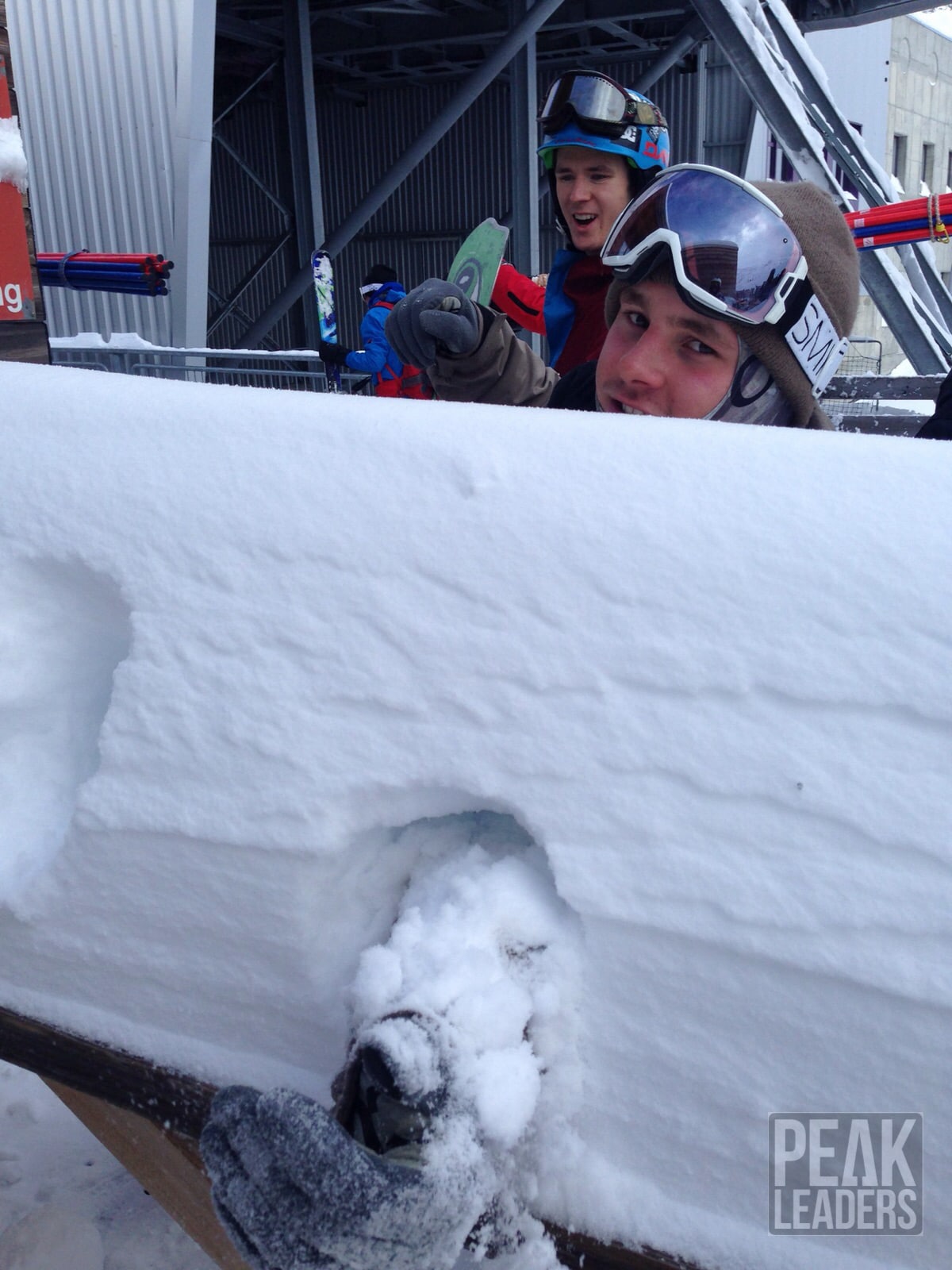 How much help were Peak Leaders with finding work following the course?

Well, they pretty much gave us a list of contacts and got us the jobs. I kind of like just lazed about and then one night I just contacted lots of Japanese ski schools and ended up getting 5 job offers within a week. It was ridiculous! It was really easy. Gabi was going to Myoko so I really followed up on the Myoko one for ages… 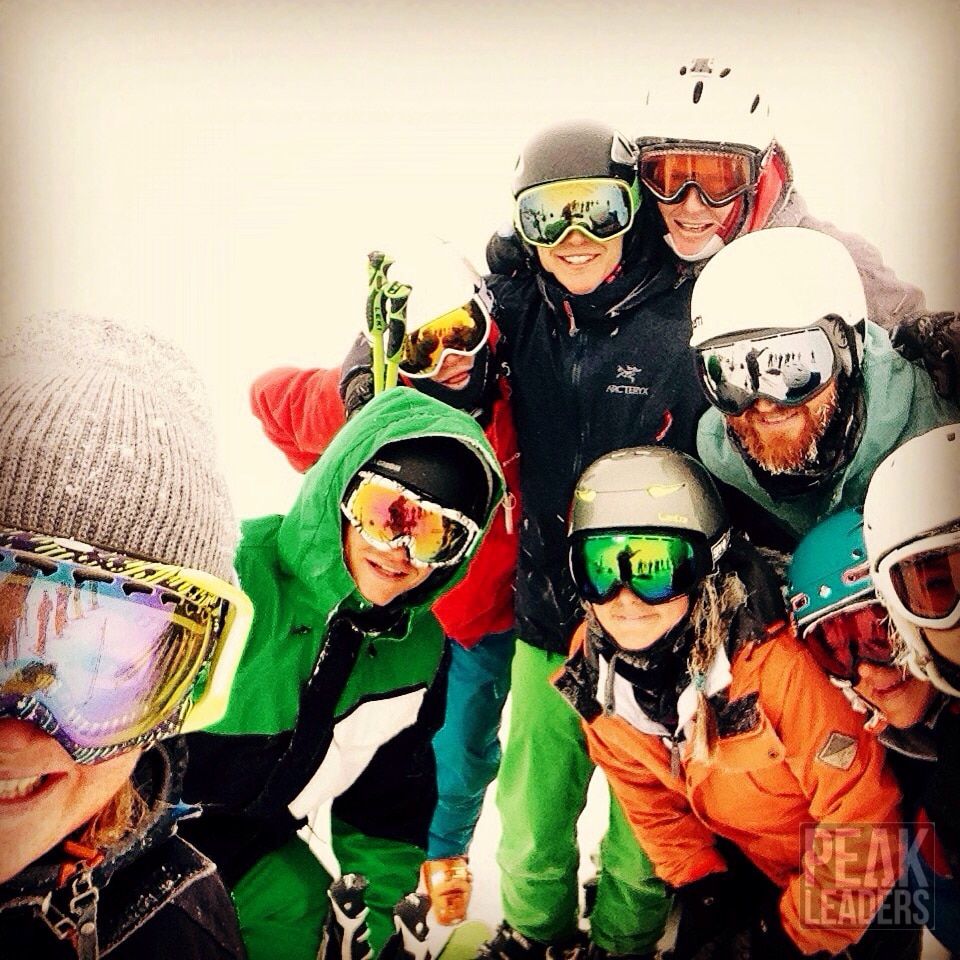 One cold day on the glacier (notice the frozen hair!)

How did you find teaching for the first time?

Yeah, it was full on but it was really good. The first lesson I had was with an 8-year-old, just one kid for my first week of lessons and he’d never skied. Around day 4, he was with all these other kids who had skied before. They skied down this slope and my kid went last and did perfect parallel the whole way down – I was just like “Yep! That was me…” It was really good. 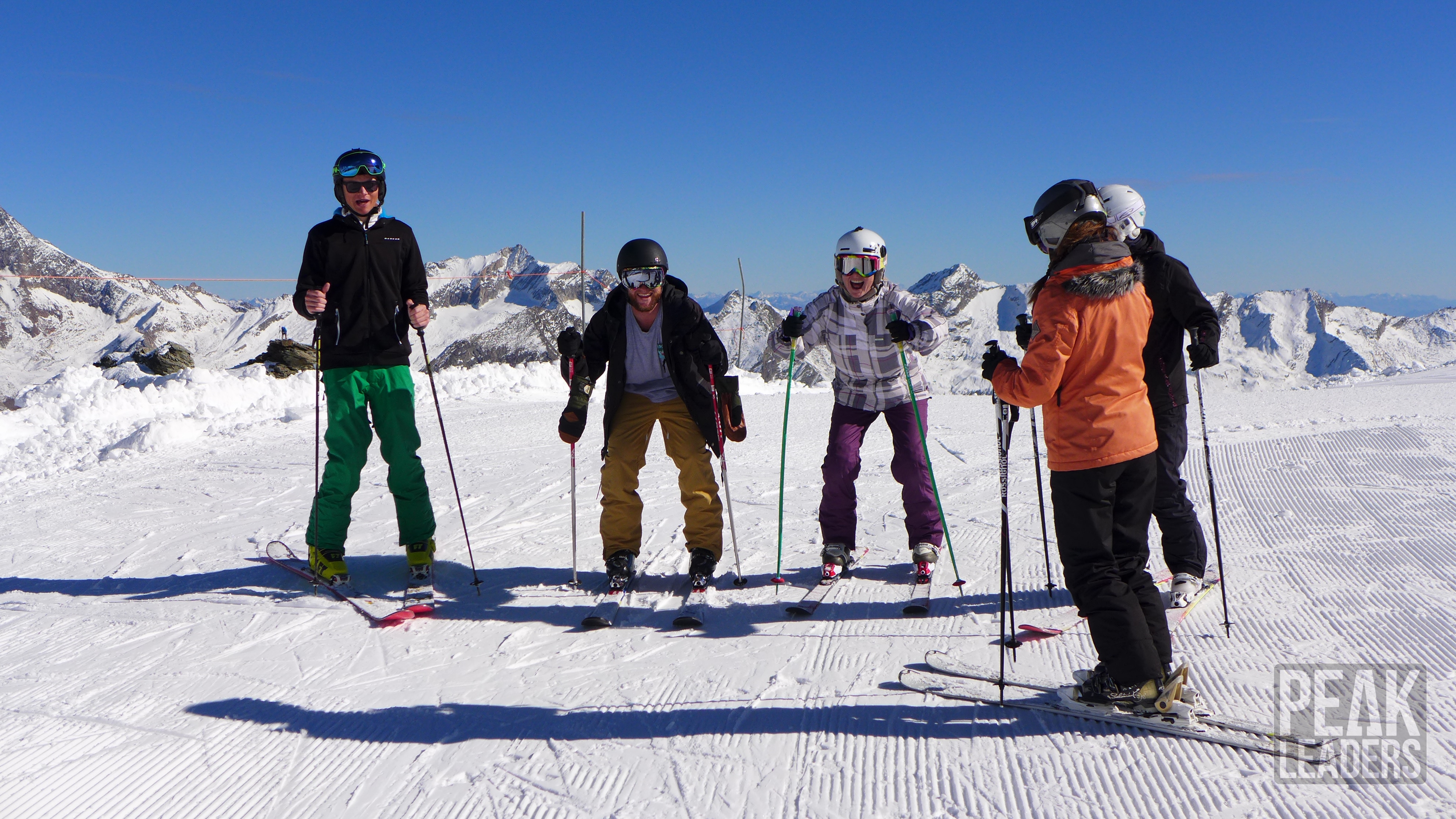 Daniel practising to teach some snowboarders how to ski

I think having the fitness, the routine and, I don’t know, I just felt great all the time. 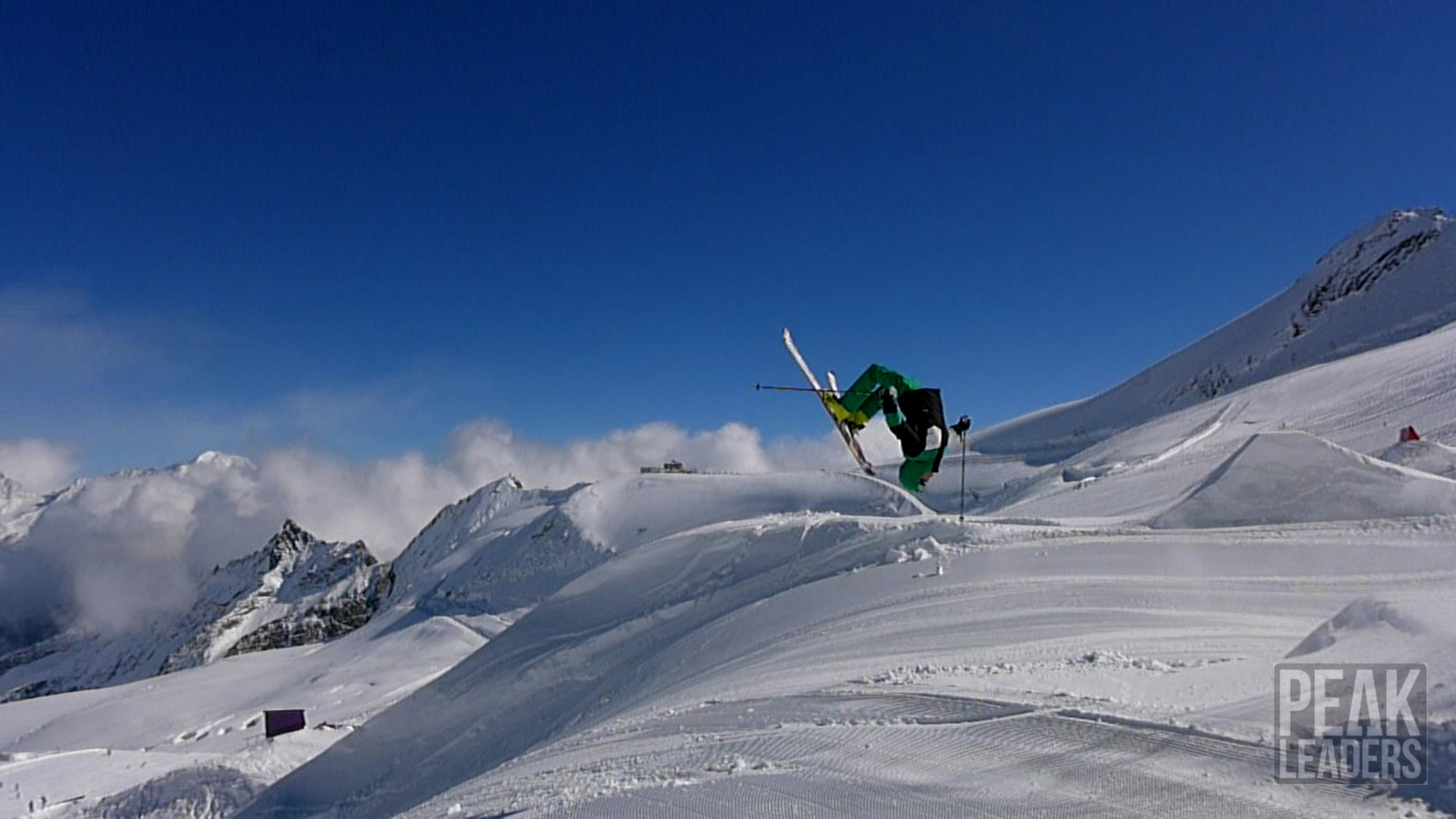 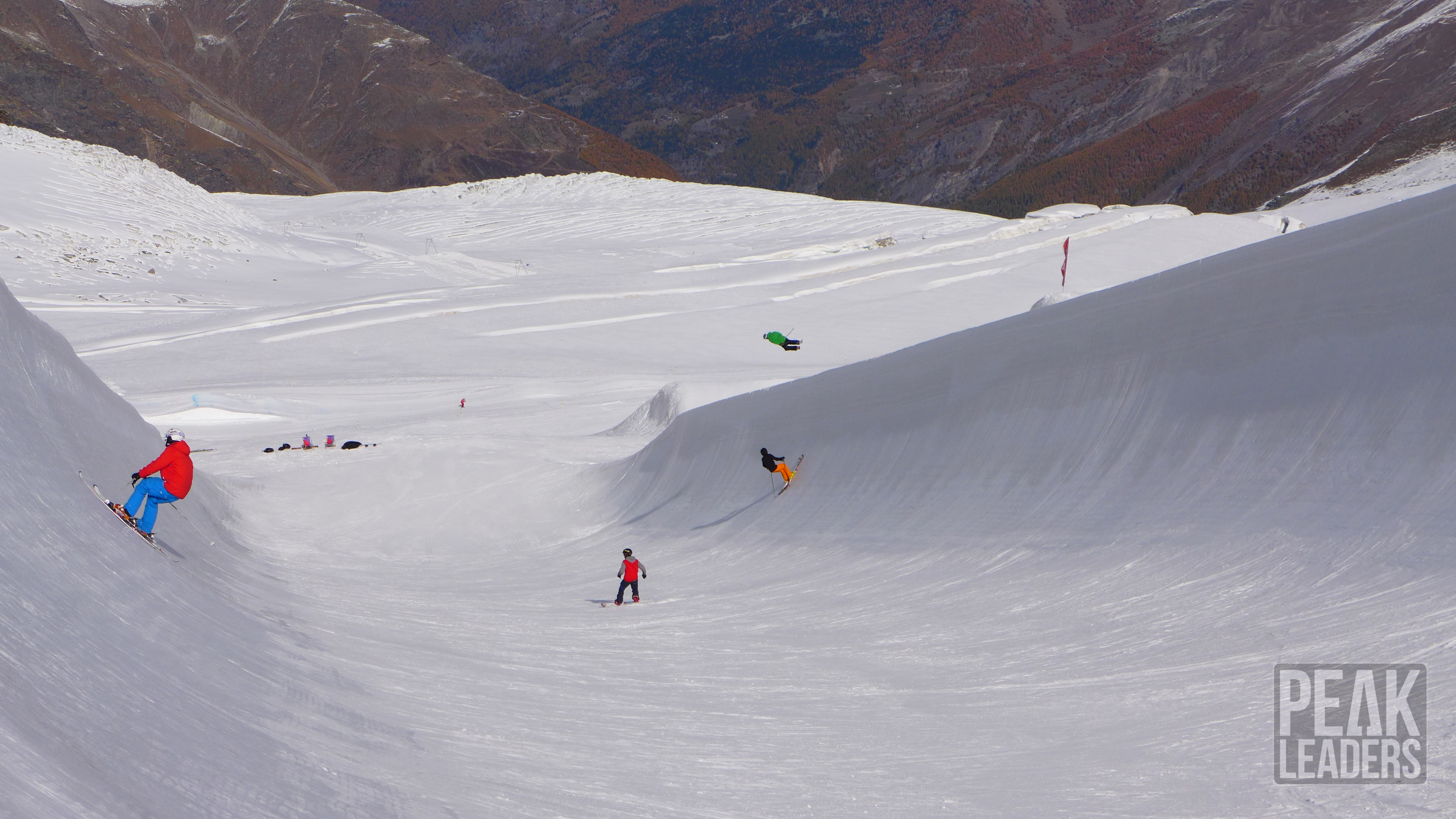 Halfpipe for the win! 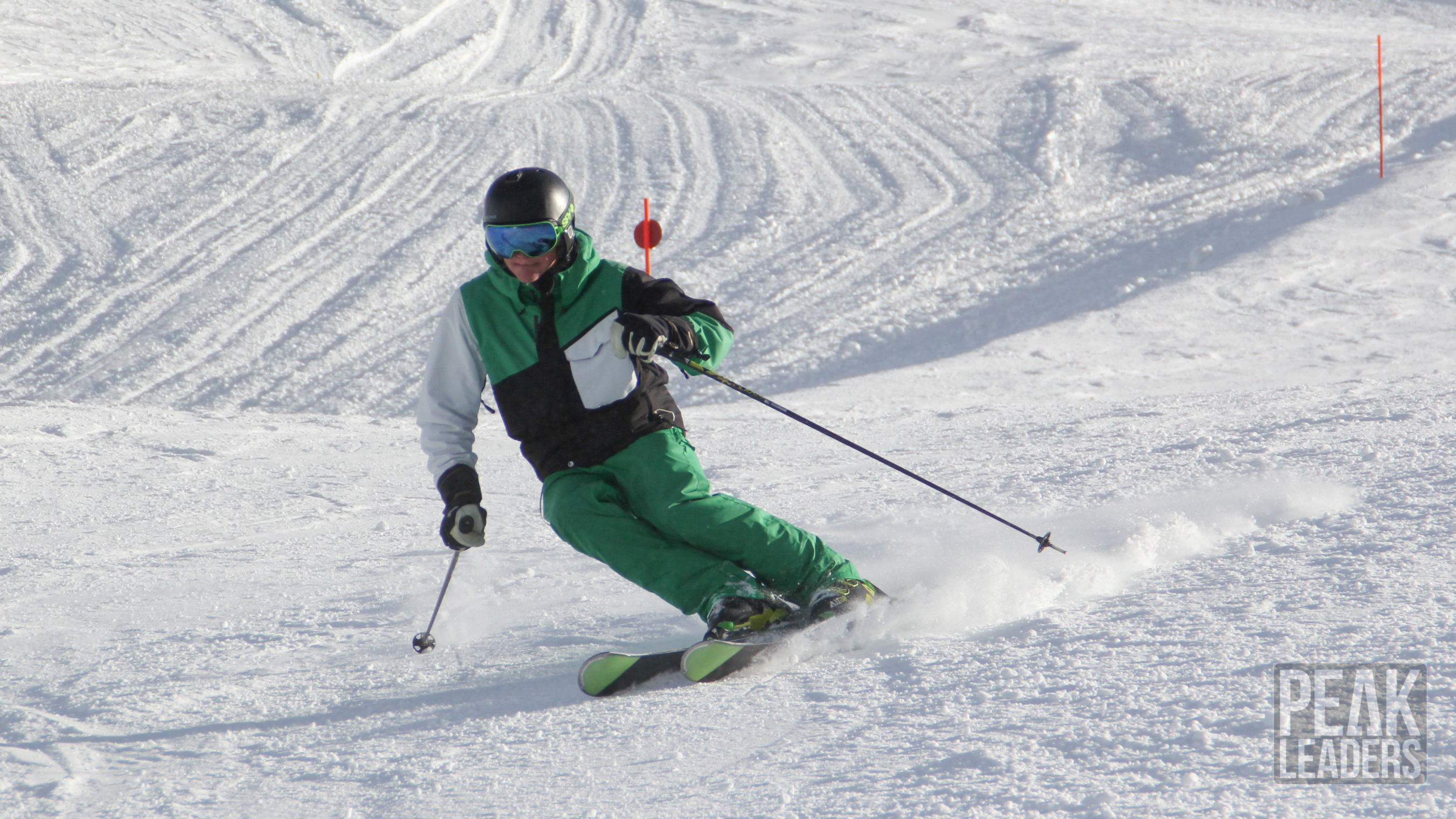 Working those turns on the Ski Instructor Course

Sum up your Peak Leaders experience in three words (and it can’t be Gabi, Gabi, Gabi) …

Daniel put together this brilliant teaser from his time in Saas Fee – check it out!