Tyler Chorlton is a pro rider from the UK. After competing alongside the likes of Shaun White and Travis Rice at the Burton European Open, Tyler moved away from the competitive side of the sport to explore different avenues of the industry. Group Leader, Steve Small, catches up with Tyler to get his top tips for snowboarders hoping to make it in this exciting industry. 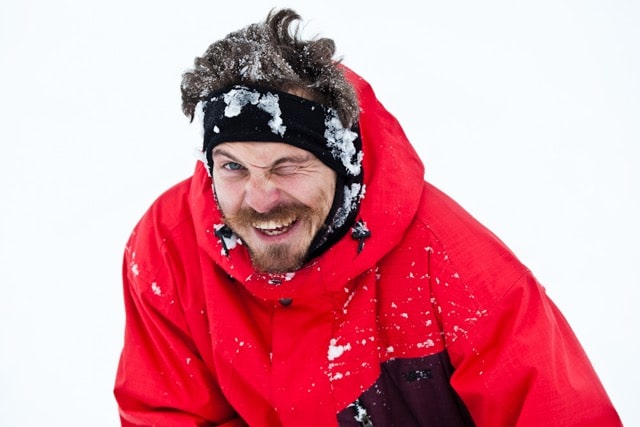 S: Hi Tyler, we wanted to find out what you enjoy about riding and also to get some insider tips for our own careers. So let’s start with a tricky one. How do you continue to progress your riding without risking injury at such a high level? 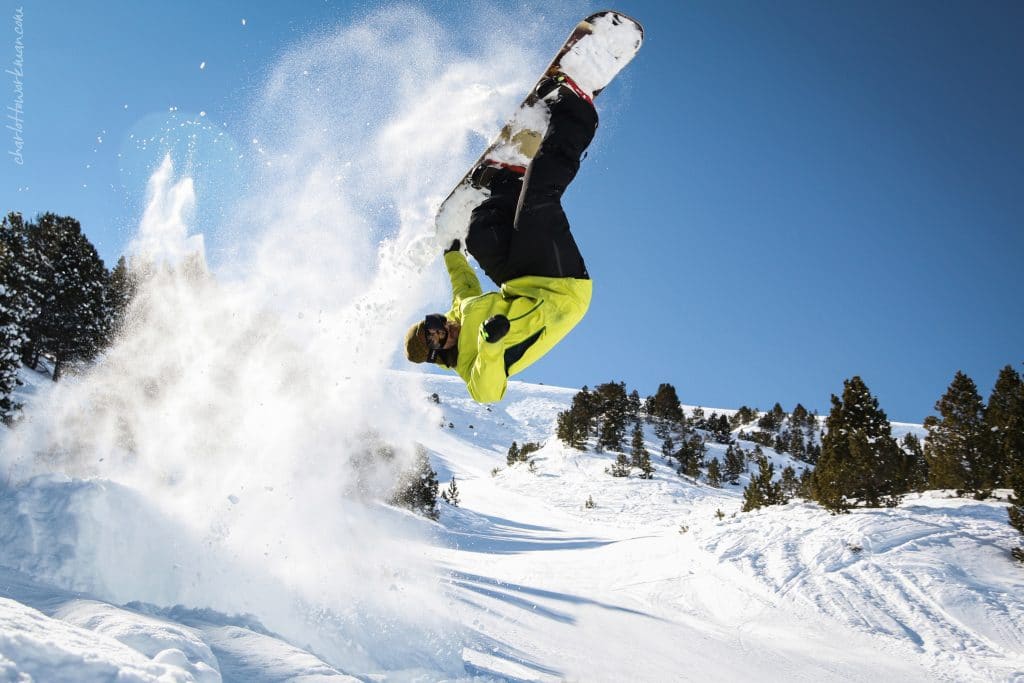 T: Hey man, it’s a tough one to do that, to really progress without sustaining injury. I think at least 90% of it is a mental game when the injuries come in. If you’re confident that you’re going to ride away, most of the time you will and I think it’s just trying to stay within your limit, pushing the boundary but without stepping out the line if that makes sense. In my career, I haven’t sustained big injuries in the last few years. There’s been an injury here and there but I haven’t broken a bone since I was 19. That’s 11 years without breaking a single bone. It’s all about keeping the balance.

S: We’ve been watching your latest ‘World First’ – the trademark TC frontflip to drone catch! At the start of the video, you’re making Eurocarves look easy! How do you do it?

T: Yeah I’ll have to show you that next time we ride together. It’s quite easy. You just go into a carve, you start with the ball of your hand, kind of like the side of your wrist, and then you push it out forwards so you end up on your elbow and the trick is the position. You don’t want to be exactly at 90 degrees on your board with your backhand in front of you, you want to pull your backhand parallel to your board in the same line but more towards the nose to get the right carve angle and that’s the position you see when I carve. If you look at my elbow, it’s actually more in line with my front binding than my back binding. That’s literally the position. Give it a go. A good tip is to put your wrist down on the ground before you start. It can go down right in front of your toe edge and then from there you kind of go off in a tripod position.

S: I’m definitely going to try that! One of your sponsors is Bataleon Snowboards, why do you love riding Bataleons?

T: Triple Base Technology (3BT) on Bataleon and Lobster boards basically facilitates with edge catching. You have a flat section in between your feet, flat rods going out to your nose and tail but your edges are slightly lifted and it just gives you a little bit of forgiveness on your edges. You can hammer your edges a little bit harder I’d say than on a normal board because I think sometimes if I really try and hammer into an edge on a normal board it almost catches too sharp and I get sprung back.

S: Right, if you could only have one – Piste, Park or Pow – which would it be and why?

T: It would always be powder! It’s the best feeling to ride on because it’s like floating about. It’s the more challenging one to ride and it’s soft so with all the bashes and bruises I’ve had on my body over the years, powder treats me good!

S: You have travelled a lot – which is your favourite resort for park?

(TC playing around at home in Grandvalira)

T: Let’s see. Laax obviously has a very good park in Europe as well as Mayrhofen for kickers. And then probably as far as the most fun park I’ve ever been to where it’s got all-round features (big, small, fun and then all sorts of areas like trees, wooded, open etc) I think it’s probably Whistler. You’ve got Whistler park and Blackcomb park so there’re two massive very different parks, one’s a bit more serious and the other’s just super fun. And then obviously Grandvalira here at home, I’ve got to mention!

S: Do you have any top tips for aspiring snowboarders? 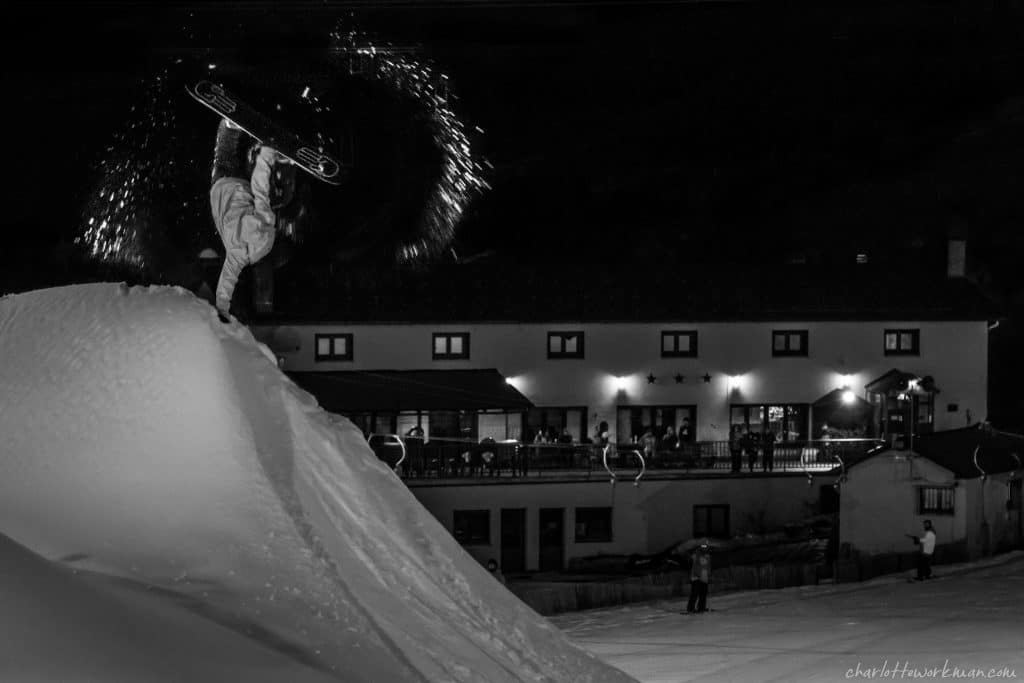 T: Yeah. Obsess with your mind about snowboarding – that’s number one. If you want to become something in snowboarding you’ve just got to obsess with it. Tip number two – always feel into your body when you’re riding because I feel like a lot of people can be just in their head and they’re trying to figure out what to do. Just let the body do its thing.

S: Have you seen The Matrix? I feel like I’m talking to the Morpheus of Snowboarding! And finally – Floaty back 1 or triple cork? 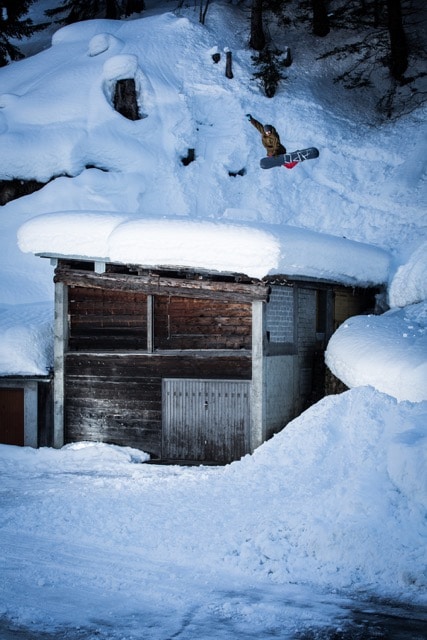 Photo 4 – Photo Credit: Vanessa Andrieux (Styling out a method for the cameras)

Check back next week when Tyler gives us an insight into his life of travel and adventure throughout his career with big riders like Gigi Ruf and Nico Muller!

If you’d like to get paid to ride every day, get yourself booked on Peak Leaders’ Saas Fee Snowboard Instructor Courses starting in September! Gain the internationally recognised BASI Level and 2 instructor qualifications and live the life of a world travelling snowboard instructor starting Autumn in Switzerland.