Saas Fee is an amazing resort – I know we have said it before (many times) and we always write in glowing terms about this stunning ski area, but we love the place.

Nestled between towering 4,000m peaks and surrounded by dramatic glaciers and cliffs, it’s an epic place to ski in the autumn.

Crucially it has one of the best skiing glaciers in Europe – which is why you end up rubbing shoulders with some of the world’s top racers preparing for the winter season.

But, starting this season we are making some changes…

Until now, the Saas Fee gap course was always been nine weeks long.

And because it’s an autumn course, it has always been perfect for training and qualifying before the winter season kicks off.

Which is ideal if you want to get a job teaching or head off around the world on your gap year.

But this season we have shortened the full course down to eight weeks.

This partly due to the BASI exams becoming shorter, but we also wanted to create a shorter, more intense training schedule that better suited the Saas Fee terrain and course environment.

Then you can take your qualifications and become a ski instructor in Europe, Japan or Canada.

We have also been able to create a new package to take the BASI Level 1 exam.

This allows you to train with our phenomenal coaches, become a BASI member and take the BASI Level 1 exam in three weeks.

So you can arrive at the start of October and have your qualification by the end of the month!

Of course, the Level 1 standard isn’t as high as the Level 2.

But you can still teach with the BASI 1 and many indoor slopes and some alpine nations are keen to employ Level 1 instructors as part of their team.

You can read more about that in our blog here. BASI also have a very good explanation of the two systems here.

The BASI exams have changed.

Whilst they still uphold the same high standards, they are becoming shorter and with fewer trainees in each exam.

So BASI group sizes are down to eight in the Level 1 and Level 2 exam.

The idea is to increase the one-to-one feedback on courses for trainees, speeding up development and making assessment more efficient.

This also means that they can shorten the exams.

Which means we have been able to adjust the training plan.

The BASI Level 1 exam was changed last season to make it four days long – it used to be five.

As a result there is an online learning day that runs before the Level 1 starts on snow to make sure you’re up to speed with the terminology, the teaching concepts and technical terms.

In addition, from this season, the Level 2 exam is being reduced from ten days down to eight days.

This means it will still be split over two weeks with a weekend break in the middle, but it also means we can add an extra two days training before the exam starts.

WHAT DOES IT MEAN FOR TRAINEES?

It means that the course starts a week later – so for trainees who are making decisions after getting their exam results have a little more time to consider their plans.

Saas Fee is also famous for the amazing autumn snow. So, by starting a week later, we know we will get amazing piste conditions from the start.

The shorter courses also means trainees can make a smaller time commitment and still come away with the same amazing and internationally respected qualifications.

If you want to find out more or book a place, then just get in touch. 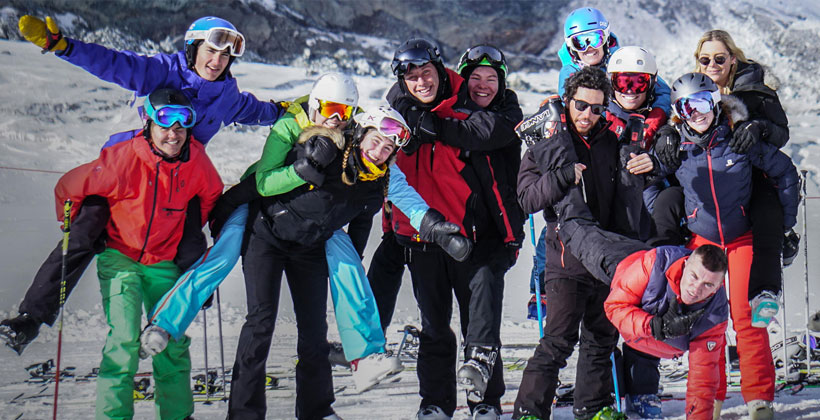